Thoughts on Being "Laverne and Shirley" to Paul Harvey's "Happy Days" 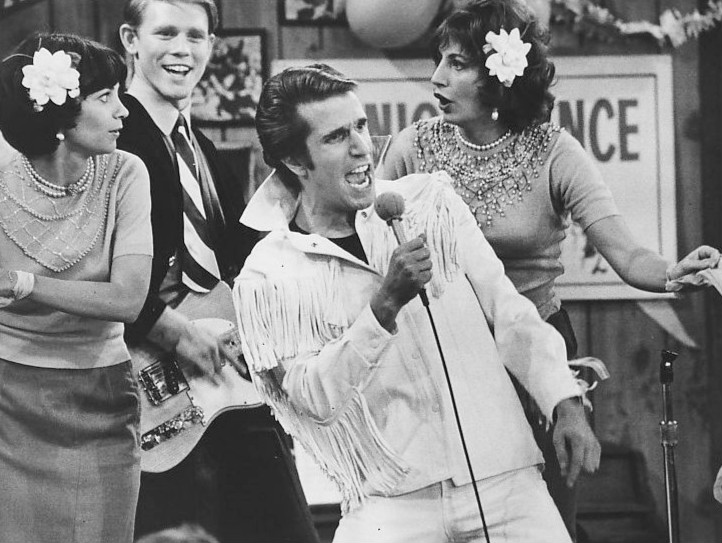 Paul Harvey is Cheers, I am Frasier. Harvey is Dallas, I am Knots Landing. Harvey is The Mary Tyler Moore Show, I am Rhoda (or maybe Lou Grant).

Hopefully you are picking up the theme.  My blog "The Way of Improvement Leads Home" will always be known as a somewhat inferior spin-off to Paul Harvey's "Religion in American History." (RiAH).

When I was asked to write something for the 10th anniversary of RiAH, I dug up an old post at The Way of Improvement Leads Home that captures my blogging journey and the role that Paul and RiAH has played in it. Here is a taste of that post:

Whatever blogging "career" I might have I owe to Paul Harvey.  On July 5, 2007 I found Harvey's new blog (it was a solo operation then) called Religion in American History and wrote a comment on a post I liked on W.E.B. DuBois. Here is what I wrote:

Paul: Great post. I found your blog on the Cliopatria blogroll and have enjoyed reading it so far. --John

About an hour later, Paul responded:

John: Thanks! Please spread the blog address to Am. religious history folks, and let me know if you have any interest in contributing to the blog -- Paul

I decided to take the plunge and within a few days I was listed as the blog's first "Contributing Editor." On July 7, 2007 (7-7-07) I wrote my first blog post-- a review of a Boston Review essay by Lew Daly on Catholicism and the common good. I have since written 58 posts for Harvey's blog, including [at the time] one of his most popular, and still try to contribute something worthwhile every now and then.

Paul's vision for a blog that would combine opinion, news from the profession, historical reflection on current events, and new research seemed to be a wonderful outlet for my rather eclectic interests in American history, religious history, and academic life.  But I was also taken by the sense of community that Paul always fostered at the blog.  I tried to cultivate this kind of online community when I started The Way of Improvement Leads Home in 2008.

It has been very exciting to watch the RiAH grow and become a place where many younger scholars in the field can try out their ideas.  I know that this is the kind of online space Paul wanted to create back when he began this venture a decade ago.

I have not blogged at RiAH in a long time, but I still check-in every day.  I always learn something in the process.

Congratulations to all who have been involved in the leadership of RiAH--Paul Harvey, Kelly Baker, Randall Stephens, Cara Burnidge, and Michael Hammond (I hope I am not forgetting anyone here).  I think it is fair to say that your work has brought a new vibrancy to the field of American religious history and American history broadly.

Paul Harvey said…
John: I think of you as Better Call Saul after Breaking Bad, if we want to go quality.

Or if you want to go bad tv, "Buddies" after "Home Improvement," which I hadn't heard of but apparently was a show that wasted the talents of Dave Chappelle, much as I wasted your talents in the early seasons of this blog.

Paul Harvey said…
Now have it nailed down thanks to our facebook conversation: if I was "Toma," you became "Baretta," and believe me, you'd rather be Baretta. Keep your eye on the sparrow, John.