Skip to main content
Posted by Cushwa Center for the Study of American Catholicism August 26, 2019

Gender & Sexuality at the Global History and Catholicism Conference 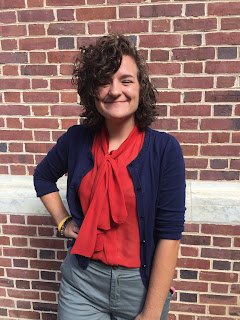 Natalie is a 3rd-year PhD student in the History Department at Duke University. Her research interests rest at the intersection of Catholicism, gender, sexuality, surrounding questions of birth control and reproduction in 20th century Mexico .


The organizers of the Global History and Catholicism Conference this past April put together a rich and diverse conference. Presenters showed the exciting directions scholarship of global Catholicism is going in: examining missionary work, addressing the Church’s global legacy, analyzing the Church’s relationship to modernity, the growth of religious networks, and much more. As a rising scholar of Catholicism and sexuality in the global South, I found it extremely productive and at the same time, saw what we could have explored more deeply.

There is a disconnect between scholarship and public discourse on global Catholicism. Public discussion of the global Church has focused on the recent sexual abuse crisis. That crisis has not yet been theorized by historians of the Church. At least that is the view of Professor Bob Orsi, who delivered a keynote address.

As the conference showed us, when we study sex, we study the laity. And what about the hierarchy? To understand the crisis, as Professor Orsi pointed out, we need to understand the hierarchy’s norms and understandings of sex. How do we do that? One presenter suggested it could not be done because the sources were unavailable. This answer does not seem good enough. While nobody at the conference, myself included, figured out how to answer this question, one of its successes was to bring it to our attention.

Professor Orsi provided a way to historicize today’s sexual abuse crisis. First of all, in his view, this is not a crisis, but rather the “modern Catholic normal.” The word “crisis” obscures the fact that these cases are part of a longer pattern that has spanned across the modern era. They are not atypical, but sadly, typical. Secondly, he offered a way of conceptualizing the crisis in relationship to the global Church: “the Catholic local/global-in between.” This concept avoids the binary of local and global. For example, people use “local” to help deny the global implications of the crisis. Instead, as Professor Orsi explained, this concept offers a way of imagining this space as porous—as a product of both local and global factors. After sharing his historical account, he concluded by pointing out the need to address abuse in the research of global Catholicism, but also, to address gender and sexuality more broadly.

Gender and sexuality did come up from time to time at the Conference, most notably on the “Gender and Sexuality” panel (the only panel out of 18 explicitly on the theme). For example, Brenna Moore offered us the idea of “spiritual friendship.” She analyzed the friendship between Chilean writer Gabriela Mistral and French philosopher Jacques Maritain. She urged us not to think of their friendship as an intense relationship between closeted individuals. Their friendship was not simply an outlet for people who could not openly practice their desire. Instead, she encouraged us to think of spiritual friendship as a category in itself—a kind of passionate friendship that goes beyond our conventional understandings of the reproductive family. Desire does not have to lead to sex nor to reproduction.

Natalie Sargent, on the other hand, analyzed the role of women’s religious in 19th century Rome. Often, the Church power is imagined at the center—Rome. Sargent flipped this narrative to show how two laywomen—religious non-elites—worked closely together. Sargent argued that it was not necessarily their gender that impacted their work, but their networks.

On the same panel, I shared about the story of Humanae Vitae and birth control in Mexico. I found a 1970 manual where the bishops urged the priests to put the encyclical into practice. I argued that this suggested that priests were failing to preach Humanae Vitae in their parishes. Other Catholic magazines anxiously wrote about the birth control pill, its implications, and how there could be a Catholic argument for its use. Just because the Church had prohibited contraception did not mean priests or Catholic couples had obeyed.

Together, our panel fostered discussion over questions of the role of desire, sexuality, and gender. What was the role of the reproductive family in global Catholicism? How does desire play a role in relationships and networks? How do women network and navigate within the global Roman Catholic Church? All of the presenters examined laypeople. It also saw women and men as agents —whether it was about sexuality, desire, love, or networks. Again, what about the hierarchy?

Another panel showed us the importance of this issue. In a presentation about World Youth Day celebrations, someone asked the presenter if he had considered the role of sexual abuse or assault at these gatherings. The presenter replied that he had not. In the audience, a person shared that he had been assaulted by a priest in a bathroom at World Youth Day in Madrid in 2011. Clearly, we need to address sexual practices and abuse by priests, bishops, and cardinals in our research.


And so, in almost all of these discussions, attention to gender and sexuality meant examining laypeople, often laywomen. Obviously, this is important work. But what about the men in power? In the case of the global Church, studying gender and sexuality among the hierarchy means addressing masculinity, desire, and power. As presenter Alyssa Maldonaldo-Estrada explained in her presentation on the religious practices of Italian-American laymen, there is little scholarship on the study of masculinity. Studying gender and sexuality in the global Church not only includes women inside and outside of the Church, but also, the men. The Conference showed all of us how important it is for us to continue asking and addressing these questions in our research agendas moving forward.