Adventures in Christian Retail: A Response -- Part I

I want to thank Dr. Carney for the opportunity to respond to her “adventures in Christian retail.” I don’t intend to offer a peer review or a point-by-point response to each post. Rather, I’d like to reflect on a few questions raised by Dr. Carney’s time at CC.

There’s probably too much to deal with in one post (read: I had more thoughts than one post can contain). So, I’m dividing it up into a few posts. Expect another one soon.

So, are they really “Christian”?
If you do research on “Christian” business long enough, you’re guaranteed to field some version of that question. Often, it's the first one that folks ask, and I think it comes from an urge for normative evaluation of for-profit endeavors and, therefore, of capitalism itself. For whatever reason, people want to know if you can do capitalism in a “Christian” fashion, by which they usually mean “morally,” “ethically” or “differently from That Bad Company I Hate.” Among Christians, especially evangelicals, the question usually begs for answers about whether a company is "doing more" than acting within the boundaries of the law. They usually want to know if a given company is also willfully encouraging what they deem to be “Christian” forms of activity, whether in-house or in its broader socio-economic engagements. It’s most analogous, I suppose, to questions about the “greenness” of a company, with all the attendant assumptions and complications that question entails. And, given the egregious abuses witnessed on Wall Street and elsewhere in corporate America in the past few years, it’s an understandable one to ask.

Others, of course, ask about a business’s Christianness because they are suspicious of any religious claim about business. Or, perhaps they relish hypocrisy. Either way, they want to know what really makes a Christian business tick, what really goes on behind the scenes, and who or what is really responsible for making the entire enterprise -- of Christianity, of capitalism, of "Christian" capitalism -- a fraud at best and a cover for abuse at worst.

If you wanted, I suppose you could take away either impression about CC, as per Dr. Carney’s dispatches. The comments that accompanied some of her posts – defending “Christian” businesses or deriding them – show that you can.

I certainly have my own opinions about the “Christianness” of various companies. But asking if a company is actually a "Christian" business usually ends up obscuring more than it reveals. Let’s be honest – as with anything else, where you start your line of inquiry will shape the questions you will ask and the answers you will probably get. Asking about a company's "Christianness" will also -- more than likely -- lead you back to yourself and your own definition of what "Christianness" entails. That's fine, I suppose, in certain contexts. But I'm not sure it will tell us much about CC or any other form of "Christian" enterprise. 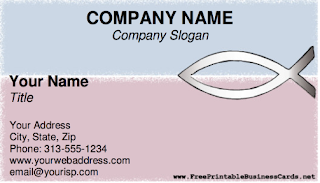 That’s why I’d rather not do religious diagnostics here; neither do I want or intend to knock Dr. Carney’s own diagnostics of CC's "Christianness." So there's no misunderstanding, let me be crystal clear. I am not advocating that we ditch our moral, ethical, or religious compasses when thinking about religion and capitalism (and, of course, it’s debatable whether that’s even possible). Neither am I talking about situations where, say, a law has been broken. In Dr. Carney’s case, she claims that CC broke the law and claims to have solid, non-circumstantial, non-anecdotal evidence to prove it in court. Hence, she is urging investigation by OSHA and considering litigation. That is an entirely different matter, and, if she or anyone else wants to add religious justifications or language behind their reasoning for legal action, then they have every right to do so. I am only talking about how we proceed if we’re trying to make sense of the religious, historical, and economic dynamics behind the world of Christian business.

So, how can we proceed? Thankfully, Dr. Carney’s experience shows us a way.

Whatever you may think about the pros and cons of her “undercover” methodology, her discussions with folks at CC – especially the men and women working the aisles and running the registers – point to the fact that our interest in a company’s “Christian” identity is a shared one. The employees at CC evaluated its Christian claims for themselves and came away with opinions that do not fit easily into an either/or dichotomy. Their emotional state, personal experiences, religious upbringing, sex, race, economic security, historical context – all of these factors went into how they addressed, for themselves and others, how “Christian” the workplace was and is, how “Christian” their boss was and is, or how “Christian” their work was and is.

This is all to say that places like CC are very interesting religious sites indeed. They are places where the complicated relationship between identity, community, religion, class, gender, race, and capitalism is in high relief. Of course, they are not the only places where this relationship is available for observation and study in contemporary America. But they are a “field” of a sort. Or, as another historian of all this once told me, they are “archives” ripe for the picking.

So, for starters, let's try to proceed with an analysis of such sites that is less about us and our own religious or ethical or conceptual matrix. Rather, it is about trying to understand, contextualize, and convey theirs.

Up next: Why “Christian” at all?
Email Post
Labels: deg's posts evangelicalism methodology religion and american culture religion and consumerism religion and economics

Janine Giordano Drake said…
Darren, thanks for a great, thought-provoking post. I deal with the question, "Were they really Christian?" all the time, too--especially in regard to the Christian Socialists I study. And, like you, I realize that analyzing this all based on my own evaluation of what Christianity "is" and "ought to be" ultimately says more about me than about my historical subjects. I like your suggestion that we try and get away from this by simply explaining our subjects.

However, I find it so so hard, as a writer, to show people in all their ambiguity without making an argument of my own about them. I am told that books are about arguments. That articles are about arguments. And dissertations, most unfortunately, are the same. I am told that I am not to be a specialist in the ambiguities of the twentieth century, but in what *is* clear despite the ambiguities. And yet what is clear to me--after all this research--is sometimes little more than the shape of that ambiguity. Anything more is just me pontificating on whether Christian Socialists and their Christian adversaries are "truly Christian" or not.

I know that the best writers make arguments that shy away from simple villains and heroes, but the most famous books seem to defy this criteria (as much as they deny it) and give us all a story arc that either shows how good triumphed over evil or how evil triumphed over good, but not permanently. How does one talk about Christian business while withholding value judgments? I am still trying to figure this out. cI cannot wait to read your award-winning dissertation and book, and will look to you for guidance on how do to this.
November 8, 2011 at 10:57 PM

David F. Evans said…
Perhaps a more historical question than, "Are they really Christian?" would ask, "What kind of Christians do they claim to be?"

I don't see my historical task as making theological judgments regarding the validity of a community's or individual's claim to a Christian identity (or any other religious identity for that matter). If they claim to be Christians, rather than subjecting them to a litmus test which would only reveal my biases, my next question is simply, "what kind?"

I certainly see value in comparing their definitions of Christianity with what they indeed practice. Even in the face of behaviors that contradict stated beliefs, I don't believe that my historical task is to void their self-identification. Instead, I see the contradictions as invitations for further inquiry, the results of which will reveal two sides of what constitutes their particular brand of Christianity: what they practice and what they preach.
November 9, 2011 at 11:57 AM

DEG said…
Thanks to both of you. I think David is right in that asking what kind of Christian (or Buddhist, Jew, etc.) they say they are, at a given historical moment, is worth unpacking, as are whatever contradictions arise from those claims. Whether or how that compares to your own sense of religiously-derived "right" and "wrong," at this historical moment of 2011, may be largely beside the point.

Perhaps what I am advocating is a matter of timing. Starting off with theological assumptions or beginning religious taxonomy in the midst of research may not be the best way to go about doing things. Waiting until all the chips are on the table (or as many of the boxes in the archive are open) is probably a good idea. Case in point: I think Randall and Karl have earned their theo-social evaluation (as evangelicals obviously writing, first and foremost, to evangelicals) in _The Anointed_. But their evaluation comes after several years of research. As we've seen, doing the research first before positing the religious takeaway hardly guarantees any conversions. If anything, it might encourage your audience to circle the wagons. But if you feel compelled to take your research into the realm of theological rebuke or affirmation, showing that religious-based evaluations are backed by the forensic research and contextualizations of history is probably for the best.

Btw, I don't see this as a restraint particular to religious historians. Regardless of sub-field, it seems to be a pressing matter, one that even the best historians struggle with and often do imperfectly -- or do without a care in the world and, still, have an effect on their audience and the work of history. Here's looking at you, Zinn, et al.