There are some people in the business with whom you can spend hours talking to about a myriad of things that religion geeks talk about. I've known Phil for years, benefited greatly from his scholarship, his dry Texas humor, and his generosity as a person. His new book, required reading for anyone who wants to understand the phenomenon that is Joel Osteen is out now. It should be on reading lists. Salvation with a Smile  continues Phil's engaging work coming to terms with what in means to be a Texan and write about Texas religion...and there is a little tidbit in there at the end about the eternal Texas BBQ debate...enjoy!

Q1. This is the first academic treatment of Joel Osteen, my first question I guess, is have you had any feedback from the Osteen camp, or do you expect to? 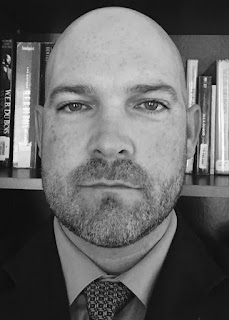 A1. First, Arlene, let me say thanks for the interview and the probing questions. I’m grateful to you and RiAH readers for engaging the book. I’ve heard nothing from the Osteen folks about the book. During the course of the project, and even dating back to the research for Holy Mavericks, I tried to interview key leaders of the congregation, but to no avail. Access to celebrity ministers is an interesting research problem for scholars that I know is not unique to my project. At the end of the day, I did not need access to the smiling preacher to complete the project given his numerous books and interviews, although Osteen perhaps could have answered some questions I had about his father John Osteen’s career. In the book, I navigate the difficulty of access by using qualitative evidence such as audio and video files of sermons, television broadcasts, and sustained participant observation, along with archival materials and published books and sources by Joel and other Lakewood leaders.

Q2. Predictability is a concept I don’t think academics pay much attention to, but you promote the idea that one of the reasons for Osteen’s tremendous following and success is that he has whittled the evangelical message down to a nearly perfect predictable message, can you go into more detail about the idea of predictability?

I’m not sure I theorized the idea of predictability in any sort of analytical fashion as much as I observed and identified it in the twentieth- and twenty-first century annals of American religious history by connecting it to Osteen’s story. One of Osteen’s historical antecedents is Norman Vincent Peale, the popular Cold War-era New York-based minister who published The Power of Positive Thinking in 1952. While Peale had a history that extended beyond the mid-twentieth century, as Carol V. R. George’s still important book God’s Salesman shows, it occurred to me that Peale’s predictable message of positivity in the unstable years of the early Cold War registered as one of the reasons for his notoriety. In an interesting historical parallel, Osteen became a popular figure in the early twenty-first century starting around 2004 in an age of increasing economic inequality, global terrorism, and sustained political conflict. As I lay out in greater detail in the book, both ministers found a popular, predictable, redundant message of positive thinking that resonated across the American cultural landscape in moments of tremendous political, social, cultural, and economic change. The notion of predictability is not the only historical explanation for understanding Osteen; however, for those interested in probing the smiling preacher’s importance beyond intramural theological debates between evangelicals (as vital as it is to historicize these kinds of battles), I do think it helps us move from merely describing Osteen’s popularity into analyzing the historical and cultural reasons for his significance.

Another way to ponder predictability and Joel Osteen is to think about his story in light of televangelism’s recent history. Here I’m referring to the storied scandals of the 1980s and since (i.e., Jim and Tammy Faye Bakker, Jimmy Swaggart, Eddie Long, Ted Haggard, etc.). As I present in Salvation with a Smile, Osteen’s first career was in television production and religious broadcasting. To my knowledge, he is the only current U.S.-based prosperity gospel televangelist who had nearly two decades of production experience before becoming a minister. Starting in 1983, Joel built Lakewood’s television ministry, most notably by producing his father’s show John Osteen. In many ways, since like Lakewood the Bakker’s and Swaggart were part of neopentecostalism, Joel had a front row seat to the unfolding implosion of major television ministries, and related controversies during the 1980s and 1990s. I argue that due to his television background, Osteen learned what made for popular religious programming and put that into practice as he found an audience for the Joel Osteen television broadcast starting in 1999. In addition, he anticipated ways to broaden his appeal as the historical trajectory of his own career tracked with the rise of new media in the early 2000s. Given Osteen’s knowledge of television production and contemporary communications culture, the smiling preacher knew how much mileage a smiling face could bring—and a white, male, smiling face at that—and seamlessly placed his grin across multiple digital modalities as new media became more popular and ubiquitous during the early 2000s. On television, it seems that predictability garners viewers. Across new media, predictability enhances expectations for sustained communication that establishes a platform, and has produced for the smiling preacher numerous Likes on Facebook and RTs on Twitter, for example, even as Osteen’s critics, as I suggest below, have ironically targeted such predictability.

Q3. As you know, Osteen  is vilified by much of the evangelical theological gatekeepers who view him as soft and fluffy, but knowing the American evangelical machine the way you do, can’t this be partly driven by simple jealousy dressed as theological outrage?


A3. This is an interesting question since the smiling preacher occupies such a large stage—and not just because everything is bigger in Texas. As I thought about the fierce criticism directed towards Osteen and his message, I found it most helpful to historicize the rhetorical and theological combat between celebrity ministers and their detractors. Building on evangelicalism’s “crisis of authority” that Molly Worthen’s excellent study Apostles of Reason analyzes, in the final chapter of Salvation with a Smile I point to some of the ironies between Osteen and his critics, especially those part of the New Calvinist movement. A group of theologians and pastors that also includes a Reformed rapper named Shai Linne whose song “Fal$e Teacher$” targets both the prosperity gospel and the smiling preacher focused on intellectualism and Reformed theology, New Calvinism’s philosophical orientation prizes divine sovereignty, predictability, and order. Ironically, Osteen’s message of positive thinking and positive confession is also highly predictable and profoundly redundant. In other words, Osteen’s New Calvinist skeptics, whose theology prizes God’s absolute orchestration of human affairs, by the very nature of their anxious criticism, assign Osteen a tremendous amount of material and historical agency. This seems to belie the New Calvinists’ convictions about God’s sovereignty. We might say that the utter predictability of Osteen’s message of God’s favor and goodness has exemplified the same predictability towards which the New Calvinists’ propositional theology has aspired. Philosophically, therefore, Osteen and his critics have seemed more alike than different. Reading Osteen and his critics this way—again building on Apostles of Reason—illustrates deeply embedded intellectual conflicts in the evangelical tradition out of which both Osteen and the New Calvinists attempt to leverage the widest possible influence on American culture.

Q4. Lakewood Church in Houston is part of a geographic nexus of Pentecostalism that really deserves to be studied in much more depth. The whole Texas/Oklahoma area is kind of a prosperity gospel “burned over”district. What do you think your book hopes to contribute to the geographical study of this area?

A4. I like your descriptor “prosperity gospel ‘burned over’ district!” There are so many good articles and books on Houston (and the region) already, studies of immigration and religion, folk saint religion, megachurches, etc. As the fourth largest city in the nation, and the most ethnically and racially diverse metropolitan area in the country, and home to some of the nation’s largest megachurches—and as I recently read one of the nation’s most economically segregated cities—there is much to learn about and research in Houston in relation to American religion. Lakewood is only part of the story. As I assembled the narrative of John Osteen’s early career, all of the neopentecostal connections between Tulsa and Houston struck me. People like Oral Roberts, T. L. Osborn, and Kenneth Hagin, for example, headquartered their ministries in Oklahoma. When John Osteen came on the neopentecostal scene in the late 1950s, he sought out these ministers, and learned much from their tactics and methods. There is a Dallas/Ft. Worth-area connection as well, when we consider the careers of other neopentecostals such as Gordon Lindsay (and The Voice of Healing magazine) and Kenneth Copeland. In her fantastic book Blessed, Kate Bowler does a great job of outlining the neopentecostal networks of which Osteen, Hagin, Roberts, and others were a major part. In many ways, the historical and cultural construction of “Joel Osteen” was not possible without these networks, so any accounting of his career—whatever becomes of it in the future—must consider this as a key part of the backstory. At the same time, grasping the cultural history of Houston, part of which I describe as a city of second chances, a city that is perpetually in the process of becoming, is central to understanding how and why Osteen’s message of positive thinking and spiritual makeovers receives such wide purchase and condemnation.

Q5. Speaking of regional spiritual hotspots….one thing I do miss about Texas, I do miss Texas roadside BBQ… Do you want to use this space to one and for all put an end to the “who has the greatest BBQ debate?”

A5. This is a great question, Arlene, but to try to put an end to the best BBQ debate is as they say in West Texas, an attempt to lasso the wind. It is impossible. Some of the tasty BBQ that comes to mind includes Killen’s in Houston, as well as Goode Company BBQ, and Spring Creek BBQ. I’m leaving so many good spots off this list, so I apologize in advance to the BBQ experts. But I have a proposal for our friends and colleagues: since clearly this topic remains an open discussion and is enjoyable to debate, let’s assemble an informal religion scholar’s food committee to decide this question. We’ll convene over several evenings at multiple BBQ joints at this year’s American Academy of Religion meeting in San Antonio.


I look forward to Texas BBQ with Phil as we discuss our long-awaited project on religion in the 70s.

Phillip Luke Sinitiere is Visiting Assistant Professor of History at Sam Houston State University. In 2009, he received a Ph.D. in history from the University of Houston. A scholar of American religious history and African American Studies, his books include Holy Mavericks: Evangelical Innovators and the Spiritual Marketplace, with Shayne Lee (NYU, 2009); Christians and the Color Line: Race and Religion after Divided by Faith, with J. Russell Hawkins (Oxford, 2013); Protest and Propaganda: W. E. B. Du Bois, The Crisis, and American History, with Amy Helene Kirschke (Missouri, 2014); and Salvation with a Smile: Joel Osteen, Lakewood Church, and American Christianity appeared in November 2015 with NYU Press.