With the on-going interest in Frederick Douglass (his Narrative made it to the Junto's 2015 Primary Source Documents Final Four! David Blight is writing a major biography of him!), I found Douglass making some very interesting comments in a much lesser-known work than his Narrative. In May 1859, Douglass addressed a primarily African-American audience at Shiloh Presbyterian Church to deliver a "Eulogy of the Late William Jay" (available via GoogleBooks). 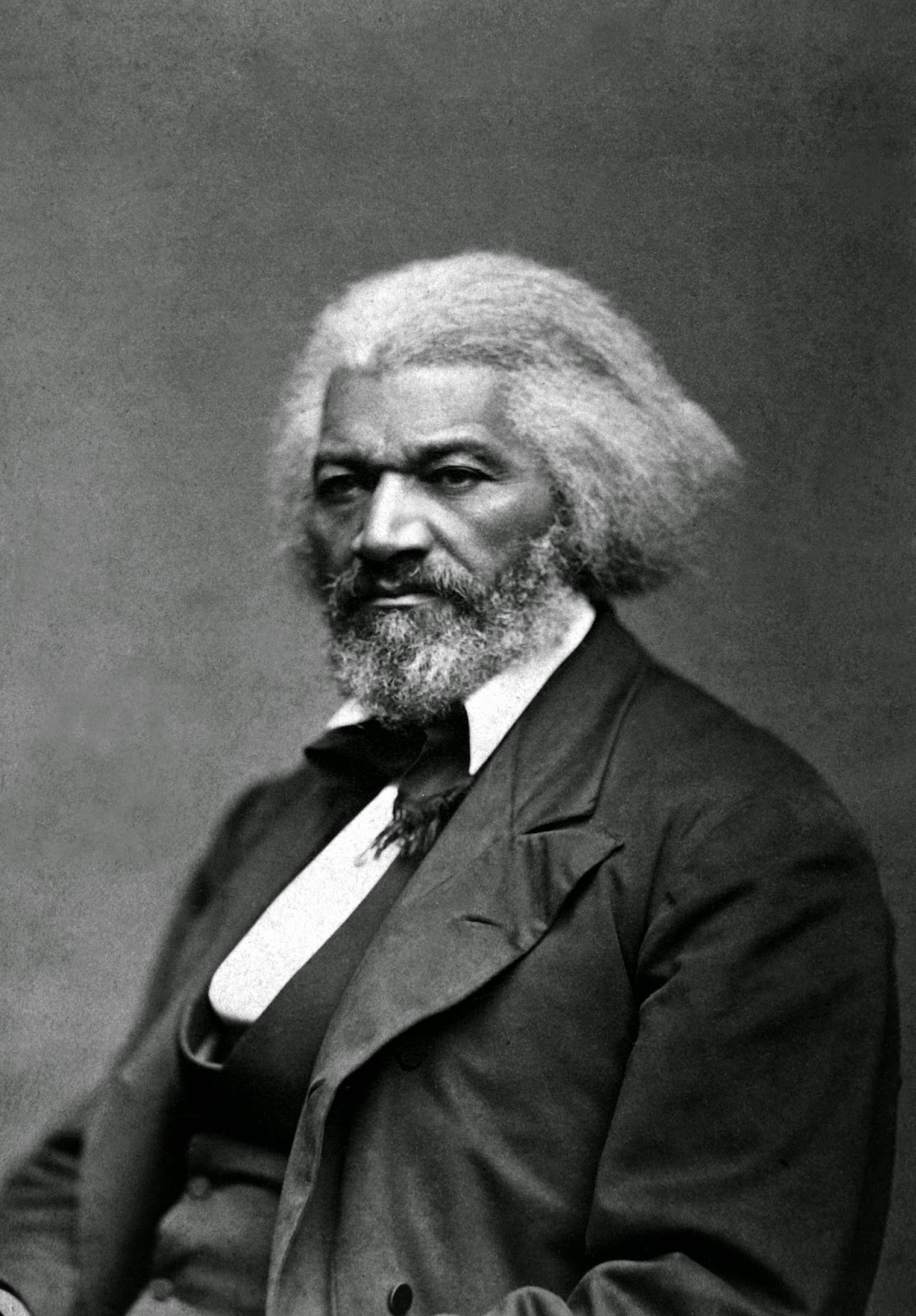 Douglass had much to praise about Jay. He opened by stating that "In the death of WILLIAM JAY, the cause of Emancipation in the United States has lost one of its ablest and most effective advocates." Douglass suggested that Jay would be ranked alongside "the venerated names of WILLIAM WILBERFORCE, THOMAS CLARKSON, and GRANVILLE SHARPE," the leading British abolitionists. The only difference was that Wilberforce, Clarkson, and Sharpe had lived to see the fulfillment of their abolitionist cause and Jay had not. Nonetheless, Jay's character and work merited honor. "All that is commanded in virtue--all that is exalted and sublime in piety--all that is disinterested in patriotism--all that is noble in philanthropy...stand out gloriously in the life of William Jay."

Douglass praised Jay's contribution as a writer supporting abolition. In "Letters, essays, pamphlets, books, newspaper articles" Jay advocated for abolition. "The pen was the weapon of his choice, and the weapon of his power." Further, Jay's contributions were timely. "Mr. JAY...wrote precisely at the right time. No great occasion escaped him. He was ready for every emergency." In the constellation of abolitionist efforts, Jay's great efforts were devoted to using the moral suasion of the word to convince others of the evil of slavery.

Douglass also made much of Jay's early commitment to abolition. A leader, rather than a band-wagon joiner, Jay "was not behind the chiefest apostle of immediate emancipation." Further "impartial history" would give Jay "the credit of having affirmed all the leading principles of modern Abolitionism long before modern Abolitionism was recognized as a reformatory movement." Jay's commitment to abolition dated long before it was a large or popular phenomenon in the North. He was working for the cause when there were few laborers alongside him. Douglass's eulogy mentioned two other important components of Jay's involvement in abolition. One was that Jay was part of a line of anti-slavery advocates. This began with his father John Jay, who as governor had signed into law New York's gradual emancipation act. It continued with William's son John, who as an active lawyer had dedicated himself to opposing slavery through legal means. On this point, Douglass exclaimed, "Abolitionism seems hereditary in the family!"

The other point was William's care for fugitive slaves. Not only concerned about them in life, in his will he had left $1,000 for promoting the "safety and comfort of fugitive slaves," many of whom passed through New York.

Confirmation of the Jay family's involvement in helping fugitive slaves comes in Eric Foner's new best-seller, Gateway to Freedom about the Underground Railroad in New York. By analyzing the meticulous records of the New York abolitionist editor Sydney Howard Gay, Foner was able to reconstruct New York's underground railroad as a local network that functioned effectively to help fugitive slaves. In this network, the Jay Family played a large role. William was remembered not only as the great writer eulogized by Douglass but as one who provided shelter for fugitives and as a great philanthropic supporter of New York's anti-slavery cause. He was praised by African-Americans in the same breath as the Tappan Brothers and Gerrit Smith. Meanwhile, William's son John II was the leading lawyer in New York City defending fugitive slave cases in court. He did his work pro bono, even when it cost him, as he was kept out of some segments of fashionable New York society for his abolitionist views.  The respect others had for the family for their dedication to the cause was symbolized by the African-American abolitionist in Albany Stephen Myers, who named his son William John Jay Myers.

If both Douglass and Foner argue that William Jay deserves our attention, how to dig deeper into his activities? Although much good information can be mined from Bayard Tuckerman's 1894 biography and a modern biography by Stephen Budney exists, I would point out that William Jay is also a significant figure in my new book Patriotism and Piety: Federalist Politics and Religious Struggle in the New American Nation.
From there, I would draw on two important components of William Jay's abolitionism. First, it was shaped by his Federalist background--Douglass pointed out that Jay was "a Federalist of the Old School." Nurtured by his father's Federalism and educated under the Rev. Timothy Dwight at Yale, Jay saw the on-going existence of slavery as a blot on the nation's virtue. Desiring cultural development and renewal, slavery was a sin that needed to be confronted and dealt with. Further, the way to address this was through the structures of voluntarism which Federalists had done much to nurture. Finally, this anti-slavery had to follow constitutional forms, working within the structures of law and government.

Second, it was a decidedly Christian anti-slavery. William repeatedly rooted his opposition to slavery in his faith, an evangelical episcopalianism. As early as 1819, William had insisted to Elias Boudinot that "I have no doubt that the laws of God, and, as a necessary and inevitable consequence, the true interest of our country, forbid the extension of slavery." For almost four decades, then, Jay believed he was pursuing "christian faithfulness" in pursuing a "christian anti-slavery." An important element of this Christian outlook was the rejection of any racial distinctions, which Jay labeled the "sin of caste."

In this religious fight, Jay was willing to write prophetically against Episcopal bishops in his own communion as well as leaders in other denominations. Thus, while a strong pro-slavery argument existed in America, it was countered by the Christian abolitionism advocated by William Jay and his allies.

There is a great, classic historiographic debate about the origins of anti-slavery in America, and one blog post won't settle it. Still, from Jay's experience we can see that for a significant segment of the anti-slavery movement, they articulated their abolitionism as part of their Christian commitments and practiced their faith in a way committed to helping fugitives who were near at hand and addressing the structures of injustice over the horizon.

Ben DeGrow said…
Most interesting to see Frederick Douglass ascribe to the late William Jay his status as an "old school" Federalist, to know that the name from the First Party System still carried weight even as the Second Party System had died off and the Third Party System was coming to life.

Now this post reminds me to get back and continue reading Patriotism and Piety, which has proven equally enlightening thus far.
April 7, 2015 at 4:42 PM