Michael Zogry first learned of the Cherokee precursor to lacrosse, called “anetso,” in a class with Raymond Fogelson of the University of Chicago. The dearth of scholarship on the game surprised Z

ogry, who saw it as a fascinating blend of athletics and religious ritual. He read carefully the two major treatments of anetso—Fogelson’s 1962 dissertation and James Mooney’s 1890 article “Cherokee Ball Play”—and realized that there was more to the story. So when Zogry began his doctoral work, he aspired to offer a new perspective. This culminated in his innovative, compelling, and thoroughly researched, Anetso, the Cherokee Ball Game: At the Center of Ceremony and Identity.

Zogry spent four years studying anetso before seeing it in person in 1997. He arrived at the fairgrounds in Cherokee, North Carolina armed with a video camera and an intellectual suitcase stuffed with names like Bourdieu, Bell, Grimes, Geertz, Lévi-Strauss, Smith, Turner, and others. Theories raced through Zogry’s head, when suddenly reality struck—literally. As the game progressed, Zogry watched the tiny white ball float toward him and the players following closely behind. Unable to evade the rush, Zogry was knocked to the ground. This collision, the author recalls, “has continued to assert itself as a strong memory. I now think of it as a metaphor for describing my process of grappling with the relevant issues, and frankly, the limitations of my scholarly perspective to apprehend even this bit of culture in anything but a fleeting way” (15).

Specifically, Zogry came to realize that he needed a new vocabulary to discuss this game, which is more than “just a game.” In The Savage Mind, Lévi-Strauss said that a game has a set of rules and ends when one side prevails. In contrast, a ritual, which bears resemblance to a game, aims to produce, in Lévi-Strauss’s words, “a particular type of equilibrium between two sides.” While perhaps a useful point of departure, and certainly still influential, Zogry insists that anetso does not fit neatly within this conceptual framework. It is a game, to be sure. But Zogry demonstrates that anetso connects to the most significant dimensions of Cherokee religious identity. As a result, the game "resists and problematizes" the classifications of Lévi-Strauss and the likeminded (1).

Zogry starts by looking at anetso’s relation to Cherokee cultural narratives. Among the stories he retells is one of a pre-human contest between the birds and animals, where, interestingly enough, two small animals approach the bird team and request to join their side. The team captain, an eagle, accepts the defectors and fits them with wings, making one a bat and the other a flying squirrel. When the game begins, the retrofitted rodents lead the birds to victory. According to Zogry, the Cherokee still recount this narrative, particularly to the youth, to warn against boastfulness and to emphasize the importance of “inclusiveness” and “adaptability” (48). This sense of tribal solidarity was essential during the “Era of Great Change” (1799-1838). Then, missionaries criticized the game for its perceived “heathenish” underpinnings, and calls for removal became louder and louder. Meanwhile, Zogry shows how the Cherokee defiantly played anetso, using it as “a vehicle for expression of Cherokee identity” (105). 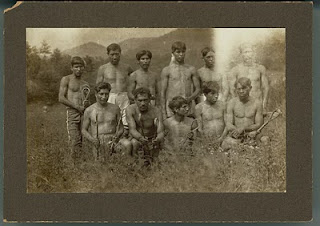 In addition to detailing the broad narrative and social meanings of anetso, Zogry also examines rituals directly associated with the game. Preparation begins weeks in advance with public and private rituals. Ball teams hire conjurers, who enlist assistance from “other-than-human persons.” Players avoid sexual contact, while abiding by a strict dietary code that prohibits consumption of young birds, small animals, or frogs. Zogry finds that most of these traditions have carried into contemporary performances of anetso. And while most players are active Christians, few see any conflict between their Cherokee and Christian practices. This is a perspective that has developed with time, just as anetso has changed over the ages. But Zogry insists that the game is still vital, despite claims from informants that it's not. “The ethic of participation,” he retorts, “the way the players carry themselves and acquit themselves on the field, the honor of performing to the best of their ability in a contest that their ancestors once played on the same land, these remain meaningful reasons to participate for Cherokee adults and teenagers” (145).

In the book's closing pages, Zogry considers the broader implications of his findings. For example, he takes aim at Allen Guttmann, who in From Ritual to Record, argues that in the modern sporting world “the attachment to the realm of the transcendent has been severed.” Guttmann maintains that a priest or minister at a football game does not serve the same function as a shaman at an Indian ball game. Without the minister, the football game will go on. Without the shaman, there is no ball game. Zogry is unconvinced. “Football, like anetso, provides a cultural locus for a range of activities, some that can be termed ‘ritual’ and some ‘religious.’ Preliminary and postgame activities, propitiatory activities, community involvement, even gambling serve to weave the experience of this game into the social lives of players and spectators” (221). To be clear, Zogry does not advocate collapsing religion and sports. Rather, he seems comfortable with ambiguity and open to “rethinking the categories in a manner that hopefully is more accurate” (235).

Specialists in Cherokee religion, ritual studies, and religion and sports will appreciate this book. Zorgy uses an impressive array of sources, from his own fieldwork, to newspapers, manuscripts, personal journals, and travel accounts. The book is thoroughly interdisciplinary, drawing insights from historians, anthropologists, and theorists of religion, ritual, sports, and culture. Additionally, Zogry hints at possibilities for more study. He mentions that women presently play anetso, a new development in the game’s history and “a fruitful area of future research” (184). I hope that Zogry explores this "fruitful" terrain, perhaps making it part of a broader treatment of Native American women and sports. I wonder how female performances of anetso would compare with the Navajo and Apache “Sunrise Ceremony.” In this rite-of-passage ceremony, young women arise early in the morning and run out toward the rising sun and back, thereby recreating the myth of the “White Painted Woman,” a deity who reversed the aging process by moving toward the sun and melding with her younger self. The ritualized running also emphasizes strength and health, in contrast to tribal plagues such as alcoholism and type-2 diabetes. Zogry has done the intellectual work to examine this and other religious/athletic performances, and I'm eager to see where he takes us next.
Email Post
Labels: art's posts long overdue promises to paul harvey native american religion new books religion and sports reviews

esclark said…
Thanks for posting this Art. I have a colleague researching sports, religion, and the body who often tells me how its an academic intersection just begging for more investigation. I'll be interested to see where Zogry and others take us in the future.
January 5, 2011 at 4:34 PM