Skip to main content
Labels
Posted by Andrea May 24, 2018

Today over at The Conversation I was asked to share my reflections on what the history of evangelical women's education can tell us about Paige Patterson, Beth Moore, and the possible future of the Southern Baptist Convention. 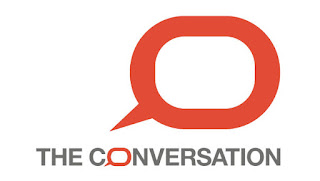 Here is a taste:

Southern Baptist Convention leader Paige Patterson was asked to step down early Wednesday morning following a meeting of the board of trustees of Southwestern Baptist Theological Seminary, where he served as president. With a following of over 15 million, Southern Baptists are America's largest Protestant denomination.

Trustees were responding to a petition by over 3,000 Southern Baptist women regarding what they called Patterson’s “unbiblical” remarks on womanhood, sexuality and domestic violence. In an audio recording from 2000 that surfaced recently, Patterson was heard counseling a woman to stay with her abusive husband. In another sermon, he commented on a 16-year-old girl's body. And even as the trustees met, news broke that Patterson allegedly advised a female seminary student not to report a rape to the police.

It would be easy to assume evangelical Christian educators like Patterson uniformly discriminate against women because they believe the Bible teaches women to submit to men. But, as a historian of women, religion, and higher education, I know that the story is not that simple: Evangelicals actually led in opening higher education to women.