Skip to main content
Labels
Posted by Pete Cajka May 02, 2017 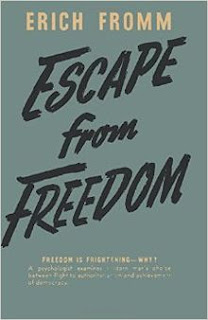 The new release tables at Hodges Figgis – a three-story bookstore in downtown Dublin – greet frequent shoppers like me with a spate of fresh books on Luther, Reformation historiography, Calvin, and the Counter Reformation. As we mark the 500th anniversary of the Reformation, it may be useful to consider how the event gets interpreted by thinkers unconstrained by the rules of academic history. Modern thinkers, for or against, Protestant or Catholic, have never shied away from discerning the Reformation’s deeper meanings. A guest at a dinner party I attended a few months ago (we wondered briefly into a conversation on religion) called the Reformation “the first human rights movement in history.”

Erich Fromm, a psychoanalyst with ties to the Frankfurt School, pursues a much bleaker interpretation of the Reformation in Escape from Freedom, a book he published in 1941. The Renaissance and the rise of the market economy broke down the medieval world, began his argument, liberating men and women from social ties. “The individual was left alone and isolated,” Fromm wrote, “he was free.” Freshly aware of their individuality, Fromm argued that Luther and Calvin offered millions of people (in the middle and lower classes) an escape from this freedom. Calvin and Luther, consciously and unconsciously, encouraged followers to relinquish the self to a completely sovereign God. “Protestantism was the answer to the human needs of the frightened, uprooted, and isolated individual who had to orient and to relate himself to a new world,” Fromm grimly concludes. 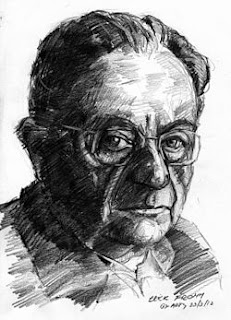 Luther, according to Fromm, preached freedom by way of realizing one’s ultimate insignificance. If the individual accepts that only God grants a capacity for faith – God might be willing to grant such a person the gift of faith. This version of Luther, Fromm conceded, did encourage individuals to seek freedom: men and women should be free of the binding authority of the church. But this freedom creates an anxiety that can only be assuaged by the individual admitting their own powerlessness. The freedom provided by the end of the medieval order was a condition to be escaped. Fromm’s Luther “teaches that we should humiliate ourselves and that this very self-humiliation is the means to reliance on God’s strength” and this Luther “preaches that the individual should not feel that he is his own master.” The individual Protestant escaped freedom at the end of the day by handing possession of the self over to God. You can interpret the bible for yourself endlessly but only God grants the faith required to achieve salvation.

Calvin’s theology also diminished the anxiety of the individual by providing a flight from freedom. His doctrine of predestination held that individuals could have a new sense of security in a deracinated society with an act of complete submission. If one admitted that God had decided upon the saved and the damned, the individual relinquished his or her ability to achieve salvation by way of works, but gained the confidence of belonging to a religious group among the saved. Predestination then breathed life into a particular pathology: “the development of a frantic activity and a striving to do something,” as Fromm put it. To be assured of salvation or damnation – and assuage the anxiety of individuality – one went to work. With earthly success one granted oneself a sign of his or her salvation, and without it, one could forecast damnation. Anxiety dwindles as the fate of the soul becomes apparent. Salvation is not your hands. For Fromm, a sovereign God made the decision for the individual who had unburdened himself or herself of freedom.

Fromm’s thesis in Escape from Freedom raises questions about how and why particular religious doctrines take off in a certain historical moment. For Fromm, theologies are products of social and psychological needs. In other words, the ideas of Luther and Calvin did not appeal because of their acumen and rigor, but because these doctrines are rooted in what Fromm called the “powerful needs of personality.” The early reformation personality, in light of having been emancipated from the church and the social ties of the medieval world, craved assurance. They were eager to hand their freedom over to God (Luther’s God granted faith; Calvin’s God had already decided on the individual’s salvation). Fromm contends that while Luther and Calvin did not express such an argument consciously, such an assertion lurked unconsciously in their prose. “Although [Luther] consciously thinks in terms of the voluntary and loving character of his ‘submission to God,” Fromm wrote, “he is pervaded by a feeling of powerlessness and wickedness that makes the nature of his relationship to God one of submission.” Fromm interpreted the Reformation as a socio-psychological event. I only wish, for the sake of impolite and exciting dinner conversation, that I had given my acquaintance a taste of Fromm’s interpretation of the Reformation.