Skip to main content
Labels
Posted by Andrea May 22, 2017

Fundamentalism, Feminism, and Other Curse Words: Teaching Controversy with Civility

Every semester I tell my history students the same bad joke: fundamentalism and feminism are actually a lot alike—they are both f-words that we hurl at our political enemies depending on which side of the spectrum we’re on. Which is to say that for the average American these words function not according to some dictionary definition but rather as a catch-all insult for someone too far to the right or the left, respectively.

In fact, my informal polls of students, friends, and random people who will answer my questions indicate that there is no widely agreed upon definition of either word in common parlance. I am one of those relatively rare Americans who runs in both blue and red circles, so while my polls aren’t scientific, they do actually capture a bit of the breadth of perspectives on these concepts. So I’ve learned that when teaching my feminist-leaning students about fundamentalism or my fundamentalist-leaning students about feminism, I first have to cut through a great deal of highly charged emotion. A few different approaches have proved fruitful. 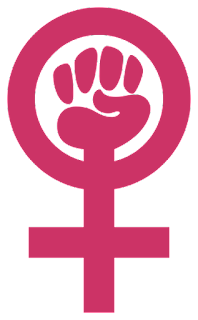 First is simply helping students become aware of the functional definitions of these words that they are carrying around in their heads. For example, I will ask my classes for their associations with the word “feminism.” I get a lot of answers similar to the ones Kristin Kobes Du Mez enumerated in a recent blog post on common misconceptions about feminism. Most associations are negative, with “man-hating” leading the pack.

I then share with students some of the reforms that have been advocated by women and men who have identified as feminists and that I suspect students would all support—things like women’s suffrage and equal pay for equal work. (Most are shocked to learn that employers have only been required to pay men and women the same for the same work since 1963!) We talk about the fact that feminism itself is a wide spectrum encompassing many different viewpoints and attitudes. As Du Mez points out, there is as much variation among those who own the word “feminist” as among those who own the word “Christian.”

I have found that I need to address one particular issue directly: the contemporary association of feminism with the pro-choice movement. When proving to my students that the word “feminism” means different things to different people, I ask them to envision two hypothetical people, one of whom would say “I am a feminist” and one of whom would say “I am not a feminist.” Then I tell them that both people believe exactly the same things. They both believe that women are still at a social and legal disadvantage in this nation and that making the necessary changes should be both a personal and a national priority. They both believe, for example, that the United States should institute paid maternity leave and that more women should run for Congress so that women’s particular needs and interests are better represented among lawmakers.

Then I add that both of these hypothetical people are pro-life, perhaps believing that human life starts at conception, and thus viewing unborn women as deserving legal protections too. The first person thinks of himself or herself as a “pro-life feminist,” but the second rejects the feminist label entirely because of its association with the pro-choice perspective. And then I tell students that we could equally envision a person who holds all the preceding beliefs but is pro-choice, perhaps believing that to force a woman to carry a child would be intolerable state coercion—and who still rejects the label “feminist” because in his or her social circle it carries man-hating connotations. 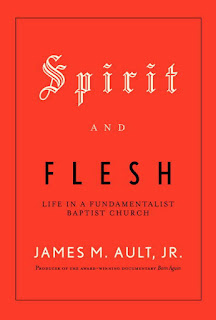 A second approach to cutting through students’ instinctive emotional reactions is introducing them to the stories of real, flesh-and-blood, complicated people who identify as feminists or as fundamentalists. For the latter, probably the most helpful text I’ve found to use in class is James Ault’s Spirit and Flesh: Life in a Fundamentalist Baptist Church. Ault wrote up his experiences as a participant-observer sociologist in a fundamentalist church in the 1980s where he was seeking to understand why some women rejected the feminist movement. A feminist himself, Ault was not ready to chalk up these women’s perspective to false consciousness, so he wanted to better grasp their logic.

This book teaches really well because it reads like a novel, complete with plot twists and a surprise ending. But most importantly, Ault succeeds in portraying his subjects sympathetically, in all their human complexity. And he advances a theory that makes for good classroom debate: he claims that in certain types of communities women experience fundamentalist teaching on gender roles as improving their lives and perceive feminism to threaten those improvements, whereas in other types of communities the opposite proves true. (I also highlight for students that historically the term “fundamentalist” refers to someone who believes certain aspects of Christian doctrine are necessary for the eternal salvation of literally everyone. Thus, at their best, fundamentalists or other conservative Christians who fight to preserve those beliefs—or the gender roles they believe follow from those convictions—see doing so as an act of love.) A bonus to teaching Ault's book is that he further brings his subjects to life in the documentary film Born Again, which adapts readily to the classroom because the DVD contains both a 60- and a 90-minute cut.

Another book I’ve found helpful in the classroom is Donald Critchlow’s Phyllis Schlafly and Grassroots Conservatism. Critchlow does an excellent job of articulating the inner logic of both liberalism and conservatism in the second half of the twentieth century. Accordingly, he helps students understand how people of genuinely good will could reach opposite conclusions about how best to address the nation’s problems. Indeed, simply learning about Schlafly stretches the minds of both conservative and liberal students—conservative students see a woman who shares their views but worked more than 40 hours a week outside the home, and liberal students see a woman vehemently opposed to their views who nevertheless embraced the belief that women had a responsibility not only to the home, but also to the nation. 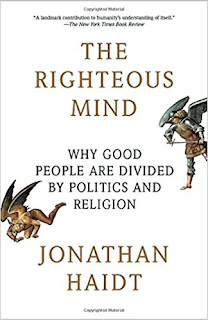 I sometimes supplement the relevant passages in Critchlow with Jonathan Haidt’s system for understanding liberal vs. conservative moral instincts, as laid out in The Righteous Mind. Haidt is particularly good at articulating how conservatives and liberals each more easily perceive different threats to the social order earlier than the other. Thus, regardless of which system we believe to be more effective overall at achieving the common good, liberals and conservatives are both wise to ask what the other camp may be seeing that we are blind to—and to tweak our own policies accordingly. I admit I’ve found it difficult to figure out which passages from Haidt to excerpt, so I typically just incorporate his insights into my lecture and refer interested students to the book for further reading (some take me up on it!).

As I tell my students, my ultimate goal is not necessarily for them to change their political convictions. Of course, I certainly have my own opinions on how best to achieve the common good, so I am not indifferent to what they believe! But for the purposes of the course, my goal is for class members to be able to sympathetically articulate the logic behind various political and religious positions.

I explain that by “sympathetic” I mean not that they necessarily agree with someone else’s position, but rather that they are able to articulate it in terms that person would agree with. Not only is doing so basic “golden rule” decency, I tell them, but it’s also ultimately the most effective technique for changing someone else’s mind. In political or religious debate, everyone is protecting something they perceive to be of value. Only by acknowledging the best in what the other person is trying to protect can we hope to persuade our conversation partner that there might be a better way to accomplish that goal, one that does not simultaneously threaten other goods.

And just in case I haven’t sufficiently sold students on the benefits of tabling their emotions long enough to listen carefully to those with whom they disagree, I casually mention that explaining each controversial position will be on the final. Whether they have indeed expanded their mental worlds, or whether they just want the A, I am pleased to report they do pretty well.
Email Post
Labels: abortion Andrea's posts feminism fundamentalism religious feminism teaching teaching films teaching philosophy teaching resources