Fun with Polygamy, or, "A House Full of Females" & the Benefits of Teaching Mormon History

I love Mormon history. I have found a way to work it into literally all the courses I have ever taught. I am neither a Mormon nor a historian of Mormonism, but I've discovered that teaching the history of the Church of Jesus Christ of Latter-day Saints brings to life so many aspects of nineteenth-century American history in a way that students always find gripping. Specifically, recounting the development of the LDS church during this era provides a fresh way to present topics as diverse as racial prejudice, Western expansion, revivalism and the larger significance of Protestant theological debates, changing gender roles, anti-Catholic prejudice, the utopian impulse, the expansion and contraction of the franchise, and debates over religious freedom, among others.

I teach in a history department, so an additional asset of Mormon history for me is that the church's formative years run from the publication of the Book of Mormon in 1830 through the renouncing of polygamy by LDS church president Wilford Woodruff in 1890. In other words, early Mormon history can be used in both halves of the US Survey course, whether you divide it at the end of the Civil War in 1865 or the end of Reconstruction in 1877.

I also teach at an institution (Baylor) where many students identify as Christians, so discussing Mormon history allows for class reflection about how historians treat faiths that believe that God has broken into human history in miraculous ways. Many students affirm that God raised Jesus from the dead on a specific date in history but dismiss Joseph Smith's assertion that the Book of Mormon is the result of digging up and translating golden plates whose location was revealed to him by the angel Moroni. Teasing out the similarities and differences between these historical claims makes for fruitful discussion. 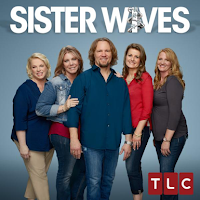 Of course, a big part of why my classes are so interested in nineteenth-century Mormons is their practice of polygamy, or "plural marriage" as it was known. When I first started teaching in 2009 and asked undergraduates for their associations with Mormonism, the number one answer was Big Love--now it's Sister Wives. (Honorable mention in different years has gone to Mitt Romney, the Broadway musical The Book of Mormon, and "those guys in black suits.") Students' association of Mormons with polygamy makes LDS history especially useful for teaching women's history.


It is a truism in American women's  history that Quakers (the Society of Friends) led in the fight for women's rights in the nineteenth century, owing in large part to the peculiarities of their theology. They believed God had placed in all people an "Inward Light" that testified to the truth, so women and men were equally qualified to preach. Quaker women thus developed both the skills and the convictions to work for women's equality. As an intellectual historian, I love such a clear-cut case where beliefs affected practice! It makes sense to students too. But because Mormon theology taught plural marriage, it causes undergraduates cognitive dissonance when they learn that Mormons also led in some feminist reforms. In 1870, Utah became the second territory to grant women the vote (and the third state in 1896), and Mormon women embraced the national women's rights movement long before it gained wider popularity in the early twentieth century.

This cognitive dissonance can be productive. It makes students work harder to understand and develop empathy for people who are different from them, which is one of my chief goals for all my history courses. Another benefit is that students tend to think that their constellations of beliefs make inherent sense together, and the surprise of Mormon feminism helps them think more precisely about what their own ideas do and don't imply. Finally, their cognitive dissonance allows us to discuss how there are both objective and subjective components to what constitutes oppression--which sheds light on students' own experiences in contemporary religious traditions that place restrictions on women's roles. 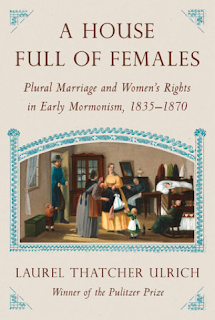 Another thing that I have managed to work into (almost) all of my classes is the work of Laurel Thatcher Ulrich. I love everything that Ulrich has ever written, so sight unseen I put her new book, A House Full of Females: Plural Marriage and Women's Rights in Early Mormonism, 1835-1870 (New York: Knopf, 2017), on the syllabus for my graduate course this semester on Women, Gender, and Sex in American Religious History. It did not disappoint. With her characteristic human sympathy, Ulrich argues--or, more accurately, demonstrates in narrative form--that the communal impulse, both theological and practical, within the early LDS church served to build the habit of collective self-assertion among Mormon women. The book's title is a quotation referring not to a polygamous household, but rather to a gathering of the Women's Relief Society in the Fourteenth Ward Meeting House in Salt Lake City. This voluntary association of Mormon women, many in plural marriages, literally embodies the communal sensibilities that led them to join together in defense of their understanding of women's interests.

My graduate students really liked the book, by which they meant that they actually enjoyed reading it. Considering the book's length and their reading loads, this is no faint praise. They liked it because one of Ulrich's great skills as a historian is using sources creatively to tease out the fullness of what life was like for women in the past whose lives are less documented than those of many men. Thus, readers get a sense of walking with multiple individual frontier Mormon women through the specific ups and downs of their lives and end up forming a very real sense of human connection with them. In this case, Ulrich relied on the diaries, letters, poems, albums, society minutes--and, yes, quilts--of over twenty women and men in plural marriages to excavate their own thoughts about and experiences with the practice, and thus to make sense of how women could and did simultaneously advocate for plural marriage and women's rights.

Students noted that the drawback to Ulrich's inclination to let Mormon women and men speak for themselves is that she sometimes downplays the problems and contradictions that plague every individual and belief system. Some wished for greater treatment of Mormon racism and the problems of neglect and abuse that could arise in Mormon households. Still, Ulrich admirably highlights the emotional tensions experienced by both women and men in plural marriages, and she follows those who spoke out against it as well as those who defended it. The struggle all historians share between assessing our subjects and listening to them on their own terms made for productive class conversation.

So consider this post a plug for reading A House Full of Females and for mining the riches of Mormon history--both for its own significance and for the ways it can challenge students from other traditions toward greater empathy and toward greater reflection on their own heritage and beliefs. For my part, I will now be adding to my undergraduate lectures some of the women's stories that Ulrich has so painstakingly unearthed and so beautifully retold.

John G. Turner said…
Could not agree more with your observation about student interest in Mormonism. Before I started writing about Mormonism, I had noticed that if I ever raised the subject in most any class, normally reticent students started asking questions about it. Prophets...Persecution...Polygamy -- oh my!
April 20, 2017 at 8:49 PM