Skip to main content
Labels
Posted by Cushwa Center for the Study of American Catholicism February 05, 2017

[Thanks to Pete Cajka for this recap of the ACHA Annual Meeting.]

This blog post highlights the salient themes of the 2017 meeting of the ACHA and offers readers of RiAH an in-depth look at few panels of potential interest. The 2017 ACHA – a conference of impressive geographical and chronological reach – addressed the job market, archives, digital humanities, and publishing, in addition to its usual run of topics related to Catholic history.


ACHA 2017 featured a bevy of biographical investigations. On the program one will find the usual suspects: Gregory the Great, Francis Spellman, William Bourke Cockran, Pius IX, Charles Peguy, Roncalli, Borromeo, JFK, Teresa of Avila, Gustavo Gutiérrez, Luther, Dante, Cardinal Newman, and Hecker. Our normal biographical subjects are often men of the cloth, but even here, presenters at the ACHA managed to offer new perspectives. John Timmon, a missionary who traversed the Mississippi River, served as the Prefect Apostolic the Republic of Texas, and later became the first bishop of Buffalo, New York, was the focus of an entire panel. John E. Rybolt of Depaul University looked at Timmon’s years as a Vincentian; independent scholar Patrick Foley investigated Timmon’s work as a Mississippi River missionary; and Paul Lubienecki from the Steel Plant Museum gave a paper on Timmon’s time in the Lone Star State. 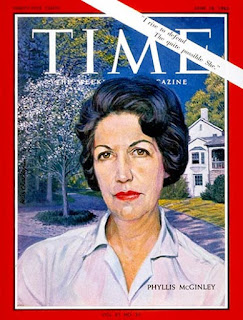 Presenters at the ACHA 2017 also introduced audiences to a number of relatively new names. This included papers on Albert Foley SJ, Archbishop Humberto Medeiros, Benedict Bradley O.S.B., Ray Wilkins, Gordon Zahn, Francis Sampson, and Walter Ciszek SJ. Conferences like these help to bring persons of significance, some of whom have been relegated to the deep past or our memories, onto historians’ collective radar. Marian J. Barber of the Catholic Archives of Texas placed Catholic writer Phyllis McGinley in the context of 1950s and 1960s suburbanization. The pastoral environment of American suburbia directly inspired McGinley’s poetry and books, which, Barber noted, earned McGinley a Pulitzer Prize in 1961 and a spot on the cover of Time Magazine in 1965. McGinley is an important literary figure and deserves a mention among the era’s most important female writers.

Historians are concerned with the media and mediums that bring the Old Faith to the masses. Text – in its diverse forms – is crucial in this regard. Audiences heard presentations on catechisms, publishing houses, Popes in print, and the politics of biography. Bill Cossen blogged about his paper, “Isaac Hecker’s American Odyssey: Rewriting the Catholic Nation in the Church and the Age,” at The Way of Improvement Leads Home. Other historians reminded us that reading is not without controversy. Erin Bartram of Hartford University looked at the intersection of gender, the self, and class in her paper, “The ‘Use and Abuse of Reading’: American Catholics and the Debate over Reading, 1860-1890.” Radio and film became important mediums in the twentieth century alongside texts. Rafaella Perin questioned if Vatican Radio transmissions supported the notion of World War II as a “just war” and Paul Monson’s paper on “Ecumenical Oscars” gauged Hollywood’s reception of Vatican II. Anthony Burke Smith's paper, "The Miracle Film Controversy: Competing Catholicisms in Postwar America," examined the debate over Roberto Rossellini's short film The Miracle that pitted Roman Catholic cardinal of New York, Francis Spellman, against champions of freedom of expression for movies. His paper argued that the controversy condensed competing understandings of religion, film and politics that were laced with decidedly Catholic elements. The consequences of the controversy entailed the decline of the Catholic Church's influence to regulate movies and the tentative beginnings of a new era in cinema's engagement with religion.

The panel, “Books and Boundaries: Catholic Textual Encounters in Nineteenth-Century America,” brought together the themes of reading, technology, and controversy. Scholars have long focused on Protestants as the people of the printed word, from their founding of Bible and tract societies to the catalyzing power of Lyman Beecher’s A Plea for the West. Catholics, however, as this panel demonstrated, equally availed themselves of the printed word. The panel – a product of the Jesuit Libraries Provenance Project – was organized and chaired by Kyle Roberts of Loyola University of Chicago, and it featured scholars of Catholic history and book history from Europe and the United States that explored not only the importance of print for American Catholics, but also some of the complications that the larger marketplace created for them. Michael Albani looked at the spread of ultramontane text in the United States between 1846 and 1978; Heinz Nauer gave a paper on the transnational distribution of Catholic books and devotion images by the Switzerland-based Benzinger Brothers; and Gustav Roman and Roman Krasnitsky commented on the heterodox and obscene literature on the shelves of a Jesuit college library.

ACHA 2017 featured a number of papers on race and ethnicity. Michael Skaggs of the University of Notre Dame gave a paper on “Authority, Obedience, Defiance: Episcopal Rule and Lay Responses on Race” and he also chaired a panel on Southern Catholicism. Catholic involvement in the Civil Rights Movement figured prominently on this year’s program. Krista Stevens gave a paper on Jesuit Albert Foley and the interracial movement in the south; Cecilia Moore detailed Roy Wilkins’s role in promoting Civil Rights among Catholics; Bentley Anderson spoke about JFK and Catholic clergy; and Katrina Sanders investigated the role of Black Catholic Schools and the use of litigation. Two papers looked at Hispanics. Maggie J. Elmore of the University of California Berkeley gave a paper entitled “A Higher Moral Order: Catholic New Dealers, Ethnic Mexicans, and Wartime Agencies.” Richard Gribble discussed his research on Bishop Humberto Medeiros’s “Brownsville Years” (1966-1970), calling Medeiros an “advocate for Hispanics.” Medeiros would later succeed Richard J. Cushing as Archbishop of Boston. Episcopal leadership in areas other than the North East and the Midwest seems to be growing in importance to Catholic historians. Sister Madeleine Grace delivered remarks on Christopher Byrne, the fourth bishop of Galveston, who she called “The Valiant Shepherd.” Byrne held his position in Galveston from 1918 to 1950.

The 2017 meeting of the ACHA dovetailed with the discipline’s new points of emphasis on transnational and global history. The meeting featured presentations on topics as diverse as the English Reformation, German military chaplains, and the transnational dynamics of the Modernist Controversy. Former ACHA president Liam Brockey, whose name you will find in the credits of Martin Scorsese’s new film Silence, treated the luncheon audience to an analysis of martyrdom in Japan. Martin Menke, Kevin Spicer, Jeremy Roethler, and Suzanne Brown-Fleming organized a panel on “Catholic Antisemitism and German National Socialism.” Many innovative trends converged in the panel on “Global Christianity in War and Peace, 1914-1945,” which featured papers on Catholicism in the French Republic, the Catholic sensorium in the world wars, and the German military chaplaincy as both national and international phenomenon.

The fruits of new research on twentieth and twenty-first century American Catholicism were discussed in Denver. Kate Dugan analyzed millennial devotion to Blessed St. Pier. She argued that millennial-generation Catholic missionaries were both learning a mid-twentieth century theology of saints and reinterpreting that theology by and for their milieu. This devotion to a young, hip, and appropriately counter-culture saint, she argued, modeled how to negotiate cultural and religious norms in crafting a millennial Catholic identity. Sarah Nyroe of Desales University offered audiences a preview of a larger work on Catholic death in the twentieth century. Her paper, “’For Dust Thou Art, and unto Dust Thou Shalt Return’: 20th-Century American Catholic Funeral and Burial Practices,” detailed the literature produced by priests urging Catholics to focus on matters of the soul in an era of florists and funeral parlors. Benjamin Peters of the University of Saint Joseph introduced the ACHA to the work of Gordon Zahn. He credited Zahn with the pushing the bishops to fight for the rights of conscientious objectors. Zahn, Peters argued, labored in “the heat of the day,” campaigning to de-nationalize a Catholicism tied tightly to a militarized American nation-state.

Finally, the executive council of the ACHA sponsored a panel, transacted important business, and made an announcement about the organization’s future. Outgoing ACHA president Liam Brockey chaired a panel on “The Future of American Catholicism.” Peter Cajka’s paper raised five questions about Catholic historians and the academic job market; Shannen Dee Williams discussed the need for persistence in research on Catholic topics, especially in diocesan archives; Tom Rzeznik discussed publishing and strategies for linking Catholic research agendas with rising trends in the broader discipline; and Kyle Roberts urged Catholic historians to make a turn to digital humanities. (Bill Cossen blogged about the panel here) Professor Kathleen Cummings of Notre Dame (director of the Cushwa Center) became president of the ACHA just after the conclusion of the executive council meeting on Friday, January 6. The ACHA executive council, under its new leadership, made an important announcement at its general business meeting that same evening. As many of the readers of this blog are aware, the American Society for Church History voted to hold their annual conference in the same city as the AHA – but not as an official affiliate of the American Historical Association. The ACHA executive council will be reaching out to its membership in the near future to gauge their opinions on such an arrangement.