A Pedagogy of the Not-ShockedTracy Fessenden 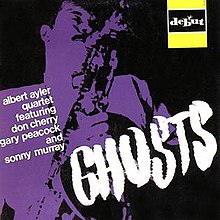 Jason Bivins’s Spirits Rejoice! is inspiration and solace to me I contemplate what pedagogy and scholarship might look like in the months and years to come, what either might include.  Those of us who hoped for a different result on November 8 fall roughly into two groups. Call these groups the shocked and the not-shocked: those for whom the energies that drove and delivered this outcome feel painfully new and strange, incomprehensible, and those for whom they feel painfully familiar.  On November 9 educators in Arizona began to work to ensure that our state’s 2000-odd undocumented college students be afforded “arrangements for the continuation of their degree programs” in the event of their promised “arrest, imprisonment, and deportation” under the coming Administration.

esclark said…
I'm so glad to see that more of the responses to Jason's book are being published. This was such a wonderful panel. Thank you Tracy.
December 2, 2016 at 10:26 AM