Skip to main content
Labels
Posted by Michael Graziano May 10, 2016

Exporting Freedom and the Power of Religious Freedom

The second post in our ongoing review forum on Anna Su's new book, Exporting Freedom, comes to us from Jeffrey Wheatley. You can read the first review here.

Anna Su’s book Exporting Freedom is a timely contribution to scholarship interested in state power, international relations, and religion. Arguing that religious freedom should not be analyzed as a mask for other interests, Su examines religious freedom as an American ideology, by which she means that religious freedom served as both a legitimation for American intervention and shaped the goals and processes of intervention. Religious freedom, understood by Su’s subject to be essential for democracy, has been both an element of American political morality and American self-interest abroad. She examines this ideology at work in policy deliberation and codification through six historical case studies, beginning with the US occupation of the Philippines in the early twentieth century and ending with the US occupation of Iraq in the twenty-first century.

What I find compelling about Exporting Freedom is how colonialism, global warfare, and military occupations were the contexts that bound together the book’s six chapters. Within these contexts religious freedom, as understood by American policy-makers, was a tool of pacification and securitization, both associated with democratic nation-building. But how and why, exactly, did American officials imagine religious freedom to pacify and secure? And what assumptions are embedded in such a view? Chapter 1, which examines the Philippines, and Chapter 4, which examines post-WWII Japan, provide some of the deepest analyses and are productive sections to consider these questions.

Su’s narrative begins with the Philippines. Chapter 1 is at its best in its analysis of US military rule in the “Moro Province,” especially under the guidance of the American Leonard Wood, who served as governor of the province from 1903 to 1906. Wood was a proponent of religious freedom, but his rule highlights the contradictions and tensions of religious freedom. The establishment of law and order, for Wood, necessitated that western-style secular liberalism overtake local legal regimes, which were bound up with Islamic forms of jurisprudence. Christian missionization, connected as it was to racialized civilizational discourse, would be a plus, according to Wood. Disestablishment in the Moro Province came through American force and, in conjunction with a host of other factors, contributed to armed resistance to American occupation. Religious freedom, in this case, was part and parcel of a broader project to structurally transform politics and society, making them modern and liberal in the process. As Su writes, this type of project “almost always began with American invocations of religious freedom and the principle of separation of church and state” (33). Then, as now, western officials took religious freedom to be a necessary foundation for reforming political order. 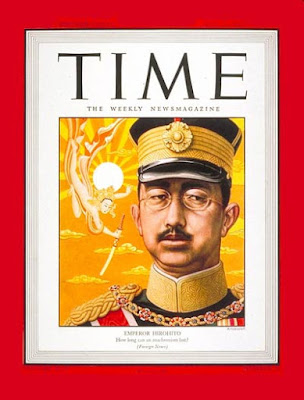 Chapter 4 provides another detailed examination of how religious freedom, and in particular disestablishment, functioned within the context of a US military occupation. In “Spiritual Disarmament,” Su examines American efforts to de-deify the Japanese emperor during American-led “re-education” following World War II. Americans blamed Japanese hyper-nationalism on superstitious worship of Emperor Hirohito, who, Su notes, was vividly portrayed on the cover of the May 21, 1945 edition of Time which described Shinto as “a spiritual totalitarianism” (92). Such false “superstitious” beliefs and practices, Americans believed, had to be eliminated to pacify and democratize Japan. The emperor, Americans asserted through their efforts to shape the new Japanese political order, should be understood as a mere symbol of national unity, not a deity incarnate. The establishment of religious freedom, in this case, came alongside various legal and educational legitimating and de-legitimating operations. For example, some Shinto shrines were deemed legitimately religious and deserving of protection. Others were deemed as superstitious because of their deification of the old political order.

My take on these two chapters is that they suggest the productive power of religious freedom. By this I mean that religious freedom actively shapes beliefs, practices, and institutions. Religious freedom is a project. Its productive power is a result of the malleability of its key terms, which have various social, legal, and political values. I read Exporting Freedom alongside recent literature that explores secularism as state practice. This literature gives close attention to the lives of secularism’s key categories—“religion,” “secular,” and “superstition.” (I borrow this useful “trinary” from Jason Josephson’s Invention of Religion in Japan.) In Beyond Religious Freedom Elizabeth Shakman Hurd provides a critical account of how “religion” has become a central concern for international policy. Saba Mahmood’s latest work examines how secularism produces religious difference, exacerbating, rather than calming, group conflict in the process. Finbarr Curtis’ upcoming book explores the various uses of religious freedom within an American religious history defined by contestation.

Anna Su’s interests are not entirely the same as these scholars. (Nor, by any means, are these scholars all doing the same thing.) Su is less interested in deconstructing religious freedom or providing a genealogy of its constitutive terms. She is interested, rather, in showing that the development of American power abroad has been intimately connected to the American moral and political valuation of religious freedom, even if this means different things in different periods. Nonetheless, I think pairing Exporting Freedom with this literature can be generative. All of these works trouble any easy narrative of religious freedom as an unencumbered liberatory value, pushing scholars of religion and politics to consider the power relations informing and being established through calls for religious freedom in particular historical contexts.

On a more pragmatic level, it is worth noting that Su does great work bringing together these six case studies and examining them with thick historical detail. The book is written with clear prose. This makes Exporting Freedom a teachable book, especially if you need a chapter or two to get students thinking about religious freedom not as a self-evidently universal and natural good but as part of a complicated history of American power abroad. This is, Su notes, a “cautionary tale” (10).

Future research will benefit from the rich details and broad narrative arc of Exporting Freedom. With “religious freedom” brought to the forefront of analytical focus, scholars of religion and politics globally might continue to prod the historical work that people, discourses, and institutions operationalizing “religious freedom” do, not only within US policy-making and foreign constitutions, but in domestic and foreign social life as well. Such an analysis of religious freedom is one crucial part of gaining a broader understanding of the dynamic relationship between religion at home and religion abroad.

Jeffrey Wheatley is a doctoral student in American Religions at Northwestern University. Jeff holds an MA from Florida State University. He is a critical historian of religion in relation to state power, race, and imperialism. His current project examines US colonial governance in the Philippines. He is on Twitter @wheatleyjt.