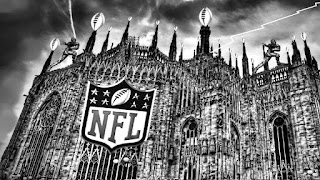 Pondering the profundities of yesterday's Super Bowl and all its associated ballyhoo, I wiped the chicken wing sauce-dribble from my chin and thought of Mircea Eliade, J.Z. Smith, and the nature of metaphors. Not so much because the chicken wings, but because the "religion." Or, at least, what some might call religion.

There are always the religious athletes, the tattoos, and the pre-game prayers. But I'm talking about something different, something more second-order. Namely, the conceptualization of football in religious terms. Players, fans, commentators, and even academics. It's everywhere (and not just in football). Stadium-cathedrals. Umpire-priests. Fan-believers. Player-gods. Game-day pilgrimages. Various and sundry superstitious rituals. Game-chant liturgies. Prodigal-son-athletes. Rule-doctrines. Nacho-sacraments and whatnot. So let's do some abbreviated theorizing here. 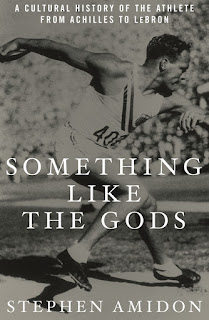 For Smith, as most of you know, scholars of religion (and for our purposes, football-religion commentators) are taxonimers, deciding what to include and exclude so as to constitute any given data set. Furthermore, since there is no data for "religion" outside the creation of the scholar's study, it would seem, the stuff of football is fair comparative game. If we can say, "this religion is like that religion because X," then we can say, "this religion is like that sport because X." So long as we make "clear and explicit the preinterpretive decisions and operations undertaken prior to exegesis," perhaps, we might safely commence analysis. Maybe.

And as for Eliade, somewhat conversely from Smith, the sacred manifests itself. Through such instances, sacred time and space are made distinct from the profane; and through certain rituals, these distinctions are upheld. You know the story. So, hierophanies and axis mundies are self-evident in the magnitude, the zealotry, and the group-think around the sport stuff. Sporting events are special kinds of events, so it might go. Set apart, privileged, and not to be confused with other, more mundane kinds of things. Maybe.

Certainly, some theoretical backing for football-religion can be made. Durkheim would be a great one to throw in too. But, really, it's the similes and metaphors that get me. Super Bowl as a religious festival. Cooperstown as the Holy of Holies. The Final Four as the Final Judgement. In my research, in my Religion and Sport classes, I'm skeptical. But please convince me otherwise.

Here's my beef. Looking mainly to ritual and performance, comparisons in this vein reveal structural or functional similarities between religion and sport. The Super Bowl is religion because people of one mind gather to honor extraordinary figures. Cooperstown is religion because devotees flock from long distances to revere saintly figures in its hallowed halls, and so on. Going beyond comparison, however, such treatments indicate equation. Because of structural or functional correspondences, so it goes, sports are religion. And, for my money, therein lay the analytic transgression--the making of an equation from a comparison. The taxon "religion" is affixed to various sports persons, places, or things by virtue of some approximate trait. An omnivorous category, in this usage "religion" subsumes the things that can be made to resemble it. In an attempt to locate religion in popular culture, or to counter notions of secularization, sport-as-religion conceptualizations argue for a highly expanded role of religion.

Here's the catch. The implications for this kind of heuristic render the category of religion almost meaningless, or at least bereft of analytic specificity. The problem for religion, here, becomes one of determining what is not religion. Following sport-as-religion rational, classrooms become congregations, teachers become preachers, Starbucks become communion, televisions become sages, driving to work becomes a hajj, etc. Not to get too carried away with the slippery slope, but lists of comparisons can be made into equations ad nauseam. The potential applications are seemingly limitless. Religion is overprivileged almost to the point of meaninglessness here. So, what do treatments of sports-as-religion do? As they metaphorically reveal parallels between sport and religion, they devalue the analytic specificity of the category of religion.

Here's the other catch. Sports-as-religion models do something else too. To argue that sport functions as does religion--through its ability to solidify group identity, provide a feeling of transcendence, ritually upkeep belief in magic, or whatever--is to adopt and employ a certain muscular Christian logic that assumes sport does religious work. The reason why muscular Christians liked sporty games in the first place is because they conceptualized those very games as having some higher purpose. "Athletics are primarily social and moral in their nature," Luther Gulick wrote 1906, for "the opportunity that team athletic sports give for the development of that kind of power which is larger than individual power; which subordinates the individual; which produces a conscience larger than the conscious which recognizes only that individual righteousness; which develops social honesty as distinguished from individual honesty." Sport-as-religion is in many ways what muscular Christians think. Participation in sports instills godly value. Watching sports can enlighten the unrepentant on the subject of godly comportment. To be active, to do sports, is to do with our bodies what God made them for. I would hesitate here to derive my religion theory so directly from my subjects.

Unknown said…
Thanks. You must have had the same dribble problem ... but maybe thought more of Mary Douglas as you reached for a napkin?
February 9, 2016 at 3:07 PM