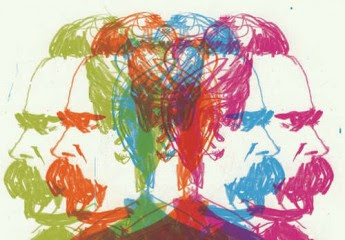 The Religious Studies Department of Northwestern University invites graduate student papers for a conference on “Specters, Hauntings, Presences,” to be held in Evanston, Illinois on October 7-9, 2016. We request abstracts by April 15, 2016.

Through this conference, we aim to foster dialogue about religio-cultural forces that are as elusive as they are powerful. The central theme invites a variety of approaches and topics. We seek papers on presences invisible, otherworldly, esoteric, uncanny, monstrous, or mysterious. We also invite papers that explore the specters of politics, economics, and colonialism in connection with religion. Overall, the conference aims to question the concept of disenchantment—as method, as theory, as history. Some examples of possible paper topics include: Chinese hungry ghosts, “enchantment” in colonial modernity, Afro-Caribbean spirit possession, capitalism’s hauntings, golems in Jewish thought, presences in digital or mediated religion, and specters of the future (threatening or inspiring). Such diverse topics will bring together academic discussions about hauntology, neo-colonialism, critical race theory, transhumanism, modernity, identity politics, affect, materiality, mysticism, and popular culture. We seek burgeoning scholars from religious studies, cultural studies, literature and media studies, anthropology, performance studies, and history for this robustly interdisciplinary conference.

Submission:  Presentations should not exceed fifteen minutes in length and may approach the topic from any discipline or methodology.

Please send a 500-word abstract, along with your name, institution, and year of study to nureligiousstudiesconference@gmail.com by April 15, 2016. Decisions will be communicated by the beginning of June.