This will hopefully be of some interest for all graduate student readers. Get your proposals in before endless summer officially ends and save big.


The Florida State University Department of Religion is pleased to announce its 15th Annual Graduate Student Symposium to be held February 19-21, 2016 in Tallahassee, Florida.

Last year’s symposium allowed over 50 presenters from over 15 universities and departments such as History, Political Science, Philosophy, Religious Studies, and Classics to share their research, learn from one another, and meet many of their peers and future colleagues.

Due to our commitment to collaborative scholarship, students from all fields with interdisciplinary interests in the study of religion and at all levels of graduate study are encouraged to submit paper proposals. 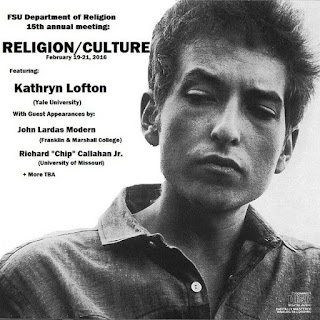 Possible topics include, but are not limited to: Church and State; Religion, Law and Politics; Ritual, Practice, and Performance; Religion and Violence; Space and Place Theory; Secularisms; Empires; Sexuality and Gender; Cosmology and Creation Stories; Method and Critical Theory on Religion; Possession and Displacement; and, Comparative Examinations of Religious Groups and Texts.

Presentations should be approximately 15 to 20 minutes in length and will receive faculty responses.  In addition, every year respondents select the best graduate paper to receive the Leo F. Sandon Award, an endowed award named for the Religion Department's former chair.


Proposals including an abstract of approximately 300 words, a list of key terms, and a one-page CV should be submitted by December 4, 2015 for review.  Final papers must be submitted by January 24, 2016.  Please send proposals to Matthew Coston at <fsureligionsymposium @ gmail.com>