Skip to main content
Labels
Posted by Matthew Cressler May 31, 2015

The History of Black Catholics in the United States Turns 25 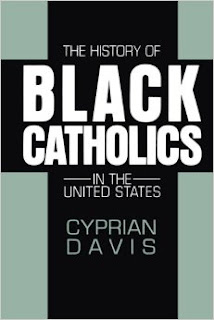 My dad bought me my first copy of Cyprian Davis's The History of Black Catholics in the United States (BCUS from hereon out) by mistake. Don't get me wrong, I remember being touched to receive the gift. My dad had clearly listened to me prattle on (and on) about my burgeoning intellectual interests. I just must not have been clear enough in stating them. You see, at the time I liked to insist that I studied African Americans and Catholics, not African American Catholics. (It was a distinction that made perfect sense to my grad-student self and that I took to be very important.) I didn't "do" black Catholic history. I was interested in the ways African Americans and Catholics had been imagined as Other than "America/n." I've since removed this artificial (not to mention problematic) distinction. I am now invested in the study of black Catholic history. And I now love to look back at this gift and recall how neither my dad nor I knew that the book I held in my hands had launched a generation of scholarship.

This year marks the twenty-fifth anniversary of BCUS - the Institute for Black Catholic Studies (Xavier University of Louisiana) unveiled the forthcoming 25th anniversary edition in April. Sadly, this month (May 18) marked the passing of Cyprian Davis, the black Benedictine monk who wrote the book that founded black Catholic history as we know it. What better time to pause and reflect on the legacies of the book and its author?

The history of the black Catholic community had never really been told before Davis published what is now his classic work. Josephite priest John T. Gillard had written two pioneering studies - The Catholic Church and the American Negro (1930) and Colored Catholics in the United States (1941) - but these doubled as apologetics, as defenses of the Church's relationship to African Americans. The few histories there were tended to be more isolated biographical studies of black priests or analyses of "the Negro problem" in relation to the Catholic Church. To paraphrase Davis's preface, black Catholics remained a problem rather than a people.

All that changed with BCUS. The scope of the book is astounding, stretching from the sixth-century North African city of Carthage to the founding of the Black Catholic Clergy Caucus in 1968 (an event Karen Johnson and I discussed a few years back). As is always the case with histories of forgotten people, Davis does well to comb a variety of different sources - reading in and between the lines - to reconstruct the lives of black Catholic communities ranging from African Catholics to baptized slaves of Spanish and English colonists to the first sisters and priests of African descent to black Catholic lay people who became increasingly vocal from the turn of the twentieth century on.

What is more, Davis did not intend his book to be the last say. Though he probably wouldn't have described it this way, I imagine his book as a shot-across-the-bow of U.S. Catholic history. Davis concludes BCUS, "Too long have black Catholics been anonymous. It is now clear they can be identified, that their presence has made an impact, and that their contributions have made Catholicism a unique and stronger religious body." As if to say: "You have ignored us for too long and can no longer in good conscience. Don't tell me it's not possible, don't tell me there aren't sources. It is, there are, and I've just shown you!"

At the same time, the book operates on a different register. What I find fascinating about BCUS now is that, over the past twenty-five years, it has become a primary source. The dedication page ("To Mary / Virgin and Mother") features a Marian prayer selected from an Ethiopian liturgy:


O Mary, immensity of heaven, / foundation of the earth.... / You are greater than the cherubim, / more eminent than the seraphim, / more glorious than the chariots of fire.... / Your lap held the glowing coal. / Your knees supported the lion....

The first line of the first chapter states matter-of-factly, "All black history begins in Africa" (1). These two moments (and the many others like them scattered throughout the book) give glimpses of what influenced Davis through his years of writing and research. For instance, one hears echoes here and elsewhere of two other pivotal books, both published in 1978: Lawrence Levine's Black Culture and Black Consciousness and Albert Raboteau's Slave Religion. BCUS is the first comprehensive survey of black Catholic history, yes. But it is also a testament to a new way of conceptualizing what it meant to be black and Catholic in the first place - a conceptualization of Black Catholicism born of the convergence of Black Power and the Second Vatican Council. 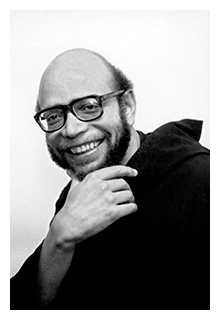 This shouldn't be that surprising. Davis made black Catholic history in his own right before BCUS was published in 1990. A growing group of black Catholics (Davis among them) set about transforming black Catholic identity and practice in the late Sixties, influenced by black cultural nationalism as well as the renewed openness to cultural particularity in post-Vatican II Catholicism. Black Catholicism, they argued, should be rooted in the African heritage and Black Church practices shared by all African Americans. The Black Catholic Clergy Caucus was just the first of many organizations committed to achieving this project and Cyprian Davis was one of its founding members (he later served as their archivist). Priests and sisters, lay people and brothers, liturgists, theologians, and, yes, even historians worked to change black Catholic self-understanding through institution-building, publications, worship services, education, workshops, as well as street protests. And, by the end of the Seventies, they had largely succeeded. Their success culminated with a 1984 pastoral letter issued by the ten black bishops of the United States calling on black Catholics to be both "authentically black" and "truly Catholic" - a statement Davis helped draft.

I'd like to end with the way the book begins, with one of my favorite quotes. Davis opens his preface with a story of an anonymous "Ethiopian" baptized in Carthage. While we don't know his name, he is nonetheless present (along with others of African-descent) in early Christian sources. This passing reference to a dark-skinned sixth-century convert serves as a reminder to all of us:


reminding us that in the rich background of church history, there are images that we have chosen not to see, figures that have been allowed to blur, characters passing through center stage for a brief moment with no supporting cast. Still, they have been there, and the church has been marked by their blackness....It is the historian's task to make the past speak, to highlight what has been hidden, and to retrieve a mislaid memory (pg. x).

For this reason alone, The History of Black Catholics in the United States should be required reading for everyone interested in African American and Catholic histories. Come to think of it, that goes for all scholars of religion in America. After all, African Americans and Catholics have been foundational for the history of religion in America.
Email Post
Labels: african american religion Black Power book reviews catholicism Matthew's posts race and religion

esclark said…
Davis and his work hold so much unappreciated significance. Thank you for honoring that here.

The History of Black Catholics really should get more attention in the historiography. It was published long before the turn in African American religious history to look beyond mainline Protestantism.
June 1, 2015 at 8:40 AM