The Problem of American Lutheran Histor(iograph)y 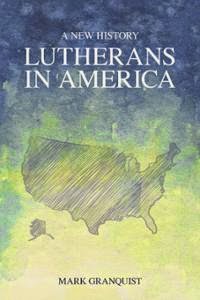 The problem—perhaps even the scandal—of American Lutheran historical scholarship is that there is not much American Lutheran historical scholarship. In 1964 Henry May famously proclaimed “The Recovery of American Religious History.” He wrote: “Puritanism, Edwardsian Calvinism, revivalism, liberalism, modernism, and the social gospel have all been brought down out of the attic and put back in the historical front parlor.” Over the last fifty years, Catholicism, Mormonism, African American religion, fundamentalism, Judaism, metaphysical religion, and a host of other traditions also have found their way into the parlor. But Lutheranism still remains up in the attic, stuck in a dusty old box.

The bibliography of Mark Granquist’s Lutherans in America: A New History, just published this January, attests to this. This book is the first comprehensive treatment since The Lutherans in North America, edited by E. Clifford Nelson and first published in 1975.* It contains many welcome improvements. Not only does Granquist cover the last forty years of American Lutheran history, but his single authorial voice yields a better narrative flow than his predecessor’s multi-author approach. He avoids getting bogged down in the intricacies of denominational politics, but does not shortchange American Lutheranism’s institutional, cultural, and theological complexity. Particularly commendable is his evenhanded analysis of recent Lutheran controversies: the conservative takeover of the Lutheran Church—Missouri Synod in the 1970s, the formation of the Evangelical Lutheran Church in America in the 1980s, and contemporary debates and schisms over such issues as ecumenism and sexuality. In short, Granquist’s book stands as the most complete synthesis of American Lutheran history currently in print.


But what especially caught my eye was the scarcity of historical scholarship to synthesize. Granquist’s bibliography lists, by my count, 152 monographs. Only three of them were published with major university presses, and none of these three were published in the last twenty years. The vast majority of books instead come from Lutheran publishers, smaller academic presses, or self-publication. More than half of them are over thirty years old. This observation is a shot neither at older books nor at denominational presses; both serve important purposes. Instead, it is meant to underscore the absence of Lutherans from the wider conversations of American religious history.

Granquist, to be sure, shares this concern. “Lutherans,” he writes, “definitely have been underrepresented in the writing of American religious histories, and it is my hope that this volume will begin to redress this imbalance” (4). His solution is to focus less on institutions and more on the “individual and social history of Lutherans in America, their own struggles to live lives of faith and to adapt to a new and different religious culture” (2). He also calls for a more critical, less “self-congratulating” approach. For example, whereas past scholars have seen Lutheran mergers as “good” and “inevitable,” he regards them as “neither inevitable nor completely good” (3-4).

These are commendable—and well-executed—goals. But the solution to the lack of Lutheranism in American religious historiography, I believe, will take more than writing “better denominational histories,” as Granquist aims to do and accomplishes (3). In order for Lutheranism to find its way out of the attic, historians will need to find ways to incorporate Lutherans into the broader story of American religion.

Granquist’s portrayal of “Lutherans in a New Nation, 1781-1820” (chapter five) hints at the difficulty of doing so. Though “aware of, and affected by, contemporary concerns,” Lutherans, he writes, “were removed from the mainstream of American political and religious life” (118). Granquist is undoubtedly correct that Lutherans stood on the periphery, not only in the Early Republic but at other times as well. But therein lies the problem. If Lutherans “were removed from the mainstream,” why do they matter and why should scholars of American religion care? In other words, remedying the sparseness of American Lutheran historiography will require solving the problem of American Lutheran history.

One possible solution is an emphasis on Lutheranism’s in-betweenness. Throughout much of their history, Lutherans stood in a middle ground within American Christianity—theologically, ethnically, and culturally. Though never regarded as the Catholic or Mormon “other,” Lutherans were frequently considered less than fully “Protestant” or “evangelical.” Similarly, while German and Scandinavian Americans avoided the brunt of nativism (with some major exceptions, such as World War I), they remained until recently below Anglo-Saxons in the hierarchy of American whiteness. Because of these and other factors, Lutherans have stood somewhere between insiders and outsiders in American religious culture for much of their history.

Certainly, there are several other interpretive approaches that can help graft Lutheranism into the larger narratives and debates of American religious history. But ultimately the solution rests on historians of American Lutheranism accomplishing two interrelated tasks. First, they must produce high quality monographic work that situates Lutherans within the broader context of American religion and culture. Second, they must convince other scholars that Lutheranism is not just another American Protestant denomination but a culturally and theologically distinctive tradition that merits inclusion in the historical front parlor on its own terms.

If that occurs, the next comprehensive history of Lutheranism in the United States—which hopefully will not take another forty years to produce—will not only build upon but perhaps also alter Granquist’s fine synthesis. In the meantime, American religious historians have in Lutherans in America a well-researched and well-written account that will certainly serve as the standard interpretation for the foreseeable future.

Charlie McCrary said…
Thanks for this great post, Tim. I'm looking forward to seeing your dissertation. It is a difficult but very valuable project to do histories of denominations that are outside the "denominational history" mode. Denominationalism was (and, in some cases, like with Lutherans, still is) a very important feature of American society and identity construction.

One work on Lutherans that comes to mind is James Bielo's *Words Upon the Word: An Ethnography of Evangelical Group Bible Study*. The book is a great ethnographic study of a number of different Bible study groups, but the section I remember best is the one on a Missouri Synod Lutheran women's group. They spend a lot of their time talking about how they are Lutheran and not quite the same as their friends who go to the non-denominational megachurch.
March 20, 2015 at 2:10 PM

Unknown said…
Charlie, thanks for the comment and for the book recommendation! Thanks also for your remarks about “denominational history.”

Unknown said…
Tim, I was intrigued by your point about Lutheran in-betweenness? Do you think language, ethnic identity, and location were the principal factors here?
Asking is Calvinism a denomination really does pose rather starkly why we are more likely to consider writings about Lutheranism to be denominational histories?
Will you emphasize more confessional identity or some other such markers as what ties this category of "Lutheranism" together? My apologies for so many questions, but I have been thinking about this topic since I had a rather extensive conversation with a student who was looking at the way Lutherans in parts of the Midwest were addressing the "social question" in the 1890s. He was of the view that so much of Lutheran histories were written by insiders. That led to a productive exchange. Glad to see this kind of work being done.
March 21, 2015 at 9:31 AM

Charlie McCrary said…
Thanks, Tim. I was definitely being imprecise when I said "denomination" as a sort of shorthand. There is a terminological problem here. What word should we use for Lutheranism? It's not really a "movement." "Tradition," I guess? Or "identity"? Usually I'm wary of that, but Lutherans do seem usually to care about being Lutheran, so maybe "Lutheran identity" is defensible to talk about.

I like the idea of Lutheranism as a name for something made up of racial, theological, regional, linguistic, and other categories. I think my small-town North Dakota relatives would understand "Lutheran" as this broader sort of marker. Is there any tension between your use of "Lutheran" as a scholarly category and your subjects' use of it as a marker of self-identification?
March 21, 2015 at 1:18 PM

Unknown said…
Curtis, thanks for the comment! You posed some very thoughtful questions and observations. I’m wrestling with all of them as I begin my dissertation.
Regarding your question about language, ethnicity and location, I think those factors played a large role in how Lutherans constructed their American identity. But I also think—and this is what I want to emphasize in my dissertation—that ideas, mentalities, and theology played just as strong of a role. For example, nineteenth-century Lutherans who spoke English and were otherwise “assimilated” also struggled to define where they stood in the American religious scene. The same goes for other groups who neither were of a German or Scandinavian heritage (like black Lutheran immigrants from the Danish Virgin islands) nor lived in the mid-Atlantic or Midwestern states (like Southern Lutherans).
In my dissertation—and this speaks to your question about “who’s in and who’s out”—I plan to focus primarily on those who called themselves “Lutherans.” But I also hope to bring into the conversation some groups who were not Lutheran in name but were of Lutheran origin, like the German Evangelical Synod, Swedish free churches, or the Moravians.
On your point about histories of Lutheranism being written by insiders, I think your student was right. (Alas, I plead guilty to this charge.) Hopefully, as more and better histories of Lutheranism are produced, more non-Lutheran scholars will bring their outside perspective to bear on the subject. The results would be very fruitful.
March 21, 2015 at 2:05 PM

Unknown said…
Charlie, I don’t think you were being imprecise. I think you simply touched on the problem of how we (American religious historians) talk about different religious “denominations,” “traditions,” “movements,” “identities,” or “churches.”
As to what word to use for “Lutheranism,” I think it varies. I like “identity” because of its malleability and variability. It can encompass theology, ethnicity, culture, etc., as you said. It also can vary over time and space. And, to your last point, “Lutheran identity” is a concept that my historical subjects can define for themselves in a variety of ways.
Thanks for the follow up!
March 21, 2015 at 2:33 PM

flacius1551 said…
Unfortunately, the only people who have been all that interested in writing about Lutherans in America have been Lutherans. Since the 1970s, the chunk who cares a lot about Lutheran exceptionalism (i.e., enough to talk about the topic at any length) have been vehemently anti-historicist. People who step outside that camp are ostracized by their own communities. The people who don't care so much about Lutheran exceptionalism in a combative way (ELCA-"ish") folks don't have the motivation to write this kind of history. That's been my experience, anyway.
March 21, 2015 at 2:42 PM

Unknown said…
Tim,
thanks for the clarification. I do not think either my student or I intended to make the assumption that being an insider was necessarily a problem. It was the kind of narratives that he had in mind: internalist, written as though Lutherans moved without much engagement with broader currents, and primarily of an apologetic cast.
Thanks for responding to my questions. Look forward to your work progressing and helping along the conversation.
March 22, 2015 at 3:52 PM

flacius1551 said…
I haven't read it. You asked why there was so little modern and professional historiography of American Lutheranism and that would be my answer. I'm not saying it's not possible, just that IMO the authors from within the camp and the audiences they would need to sustain them do not exist at present.
March 22, 2015 at 8:10 PM