Religion and Food at the Donner Institute 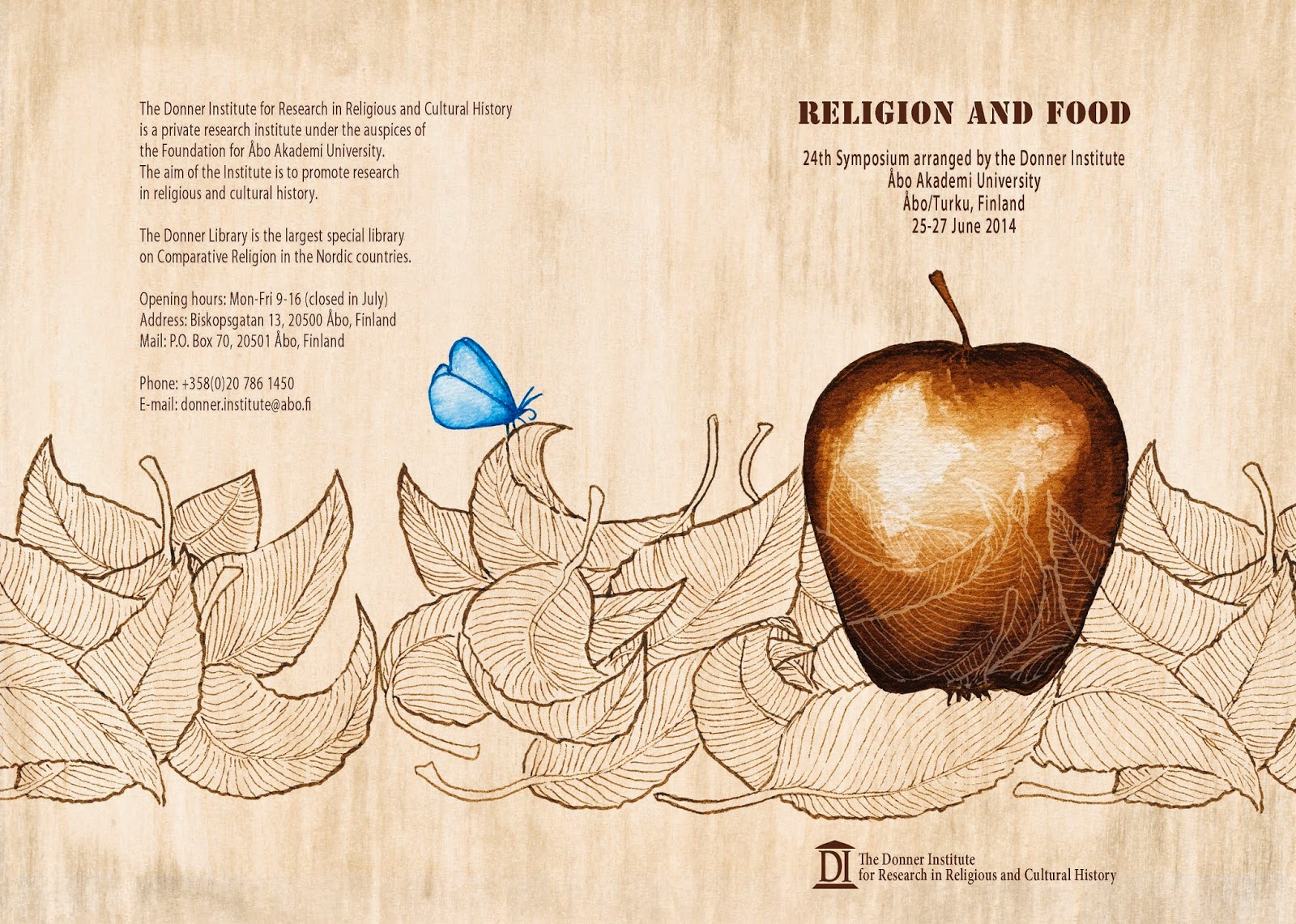 Religion and Food was the topic of the 26th research symposium of the Donner Institute for Research in Religious and Cultural History, held on June 25th through June 27th. The Donner Institute, a private research institute, is associated with the Foundation for Åbo Akademi University in Turku, Finland. The event drew scholars primarily, though not exclusively, from Europe and North America to discuss the interconnectedness of religion and food as lived activity formed by the dynamics of both tradition and adaption. Almost inevitably, the American scholars in attendance could not resist making repeated jokes about the combination of the words “Donner” and “food,” and, on the night of the conference reception, the words “Donner” and “party.” When a Canadian scholar asked for an explanation, we realized that that these were not internationally interpretable jokes.

Our failure to explain our Donner Party–themed jokes raises the question of “why review an international conference on the Religion in American History blog?” As an Americanist from the United States, I found the experience of a thematically organized international conference to be extremely useful—my own work considers food and identity formation in the context of Christian–Jewish blended families in the United States. Thinking with scholars from around the world, hearing their questions around my own research, and listening to how they considered the intersections of food and religion in their own research and social contexts gave me new insights into the role of geographic and national location in my own work. Thinking, for instance, with an Italian scholar about the ways that Italian prisons have accommodated or failed to address the food needs of Muslim prisoners gave me a useful comparative context for thinking about food, religion, and the penal system in the US. Listening to scholars explore Jewish environmental food practices in the US and Canada gave me important insights into how to consider our distinct national heritages in considering international movements and trends. Three days of comparative and international learning, left me a stronger scholar of religion in the United States.

Each day, at the conference, we were treated to a keynote speaker. Benjamin E. Zeller of Lake Forest College opened the conference. (In the interests of full disclosure, Ben was the editor of the anthology Religion, Food, and Eating in North America, in which I appeared. In the spirit of more full disclosure, he’s been a friend for many years.) His talk considered dietary practices, such as the non-medically mandated gluten-free diet and the paleo diet, as religious practices. The second day, Gunnar af Hällström of the hosting Åbo Akademi University gave a lecture entitled “Daily bread or heavenly bread? The meals of the early church, reflections of Christian ideology and search for identity.” A lecture by Graham Harvey of the Open University London considered the foods that we respectfully do and don’t eat and offered, for me, the most useful perspectives of the conference. He called upon all of us to consider the act of eating, and the choice of food, in and of itself, as religion—not as symbolic or representative of religious identity, but as constitutive of religious identity.

Panel topics ranged from foodways in early Christian communities to medicinal food in Hindu traditions. Some panels were arranged along particularly tight themes, allowing for fruitful comparisons; for instance, a panel that  addressed rising trend of merging kashrut with environmentally ethical eating in North America (with papers by Adrienne Krone and Aldea Mulhearn) allowed conference attendees to compare and contrast American and Canadian responses to what responsible Jewish eating practices might come to look like. Similarly, one of the final panels offered papers considering Italian responses to Muslim and Jewish dietary requirements in schools and prisons (paper by Miriam Abu Salem) and the attempts of Norwegian kindergarten teachers to address, with no training, the diverse food needs of their student bodies (paper by lse Marie Øvrebø).

Not all of the panels allowed for such tight dialogue between presenters, though since each paper was followed by its own question period, they could serve as standalone presentations. Particularly strong papers covered a broad range of territory, ethnographic and historical.  Hannah Bacon’s “Sinful eating: An expression of female domination or female power?” explored Christian diet culture, and Bacon suggested that the women were able to find liberatory potential in modifications of their dietary regimens. David Walsh’s “The nature of food: Climate change, caribou, and Dene foodways” offered ethnographic depictions of Dene ritual and political communication about proper hunting conduct, to the Caribou, to non–First Nations hunters, and to their own people. Gioia Filocamo’s “Hungry women: Sin and rebellion through food and music in the early modern era” drew surprising parallels between musical composition and the preparation and consumption of food among women religious, while Bindu Malieckal’s “Spice wars: Trade and religious conflict in 16th century Portuguese India” explored the intersections of Hinduism, Judaism, and the Inquisition in the early modern spice trade.

The Donner Institute were particularly gracious hosts, providing coffee and lunches. Perhaps unsurprisingly, a group of food scholars had elaborate food needs and our hosts met them all.  They also invited us to walking tour of Turku, a reception with wine and finger foods, and a boat ride through the archipelago to an island where we were treated to an outdoor banquet with more than eight different preparations of salmon, as well as salads and grilled meats. Particularly exciting for me was the last-minute addition of a visit to one of the two synagogues in Finland, where a leader in the local Jewish community provided a tour of the building, a description of contemporary Finnish Jewry, and historical details of Finnish Jews during World War II.

This is, of course, a review, and as much as it feels like a trespass on hospitality to offer suggestions for improvement, it my job as a reviewer to do so. In the spirit of providing useful feedback, I would make the following suggestions: It is often the case, understandably, that panels cannot be perfectly structured out of the submitted papers. These panels, however, sometimes suffered from something of an “odd man out” phenomenon. Two of the papers would have the possibility of direct conversation and the third would be only loosely related. I wonder if there would have been a structural way to avoid this dynamic. Second, the bulk of the attendees at the conference were women, the majority of the scholarship presented was done by women, yet all three of the keynote speakers were men. I do not know whether any women were invited to keynote, but it would have been good to have the gender breakdown of the conference better represented in the highlighted scholarship.

As is the custom of the institute, papers from the conference have been solicited for peer review and inclusion in volume 26 of their journal, Scripta Instituti Donneriani Aboensis: www.abo.fi/scripta.