Jews and Judaism in the American World of “Difference” 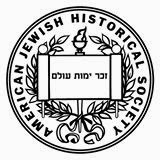 This week's American Jewish Historical Society (AJHS) Biennial Scholars Conference on "Jews and Judaism in the American World of 'Difference'” marks an important shift in the field towards thinking about American Judaism as a relational identity.  Held the same three days as Brandeis University's conference on "Blacks, Jews, and Social Justice in America," both conferences attest to Jewish studies response to a broader trend in American studies to think beyond "national" boundaries and to see ethnicity as something created through social structures and interactions with other groups.

Held in Atlanta from June 10-12, the AJHS conference sought to think about Jewish identity and difference beyond a Jewish - Black binary.  Although questions about how race was defined in the U.S. were a hot topic at the conference, panels explored Jewish identity in relationship to a wide range of groups and factors including Asian Americans, Native Americans, the Irish, Christianity, Zionism, regionalism, urbanism, the economy, and questions of gender and sexuality.  In keeping with the preceding AJHS conference (NY 2014), the conference was explicitly more diverse in its understanding of history, and included a wide range of presentations on music, dance, theater, literature, art, photography, and film. In embracing the trend in American studies to think of identity as relational and transnational, the conference confronted one of the main challenges for scholars of Jewish studies more generally: to what extent is Jewishness defined as ethnic, racial, or cultural rather than religion, and what implications do our definitions have for the way we study American Judaism?  For scholars of American religion this question is particularly poignant since invokes a larger divide in the field of Jewish studies between scholars who are primarily interested in religion and those primarily interested in identity.  Some of the more exciting papers at the conference dealt with the intersection of religion and difference head-on, including a wonderful panel on "Bio-Ethics: American Jews and the Body" featuring Melissa Klapper, Sarah Imhoff, David Koffman, and Rachel Kranson, a panel on "Revisiting Jewish Religion in the Nineteenth Century" with Dianne Ashton, Shari Rabin, Zev Eleff, and Laura Shaw Frank, and a panel on "Jews Confront a 'Christian Nation'" composed of Ellie Schainker, Rachel Gordan, Adam Jortner, and Caitlin Carenen.


A second exciting aspect of the conference was its dual attention to the larger narrative of American Jews and Judaism on the national level and the competing importance of regional variation and microhistories.  In part because of demographics, much of Jewish American studies has focused on the large Jewish communities of northeastern seaboard.  Yet one area of difference highlighted by the conference was the experience of Southern Jews, particularly those living in Atlanta.  Plenary sessions focused not only on the influence of Gary Gerstle's work on liberty and coercion on the making of American Jews, but also highlighted the history of discrimination in Emory's dental school and the depiction of the Leo Frank lynching in film and television (watch trailer for documentary).  These depictions included African American filmmaker Oscar Devereaux Micheaux's "race film," Murder in Harlem (1935) based on the Franks case.  Interestingly, both of the discussion of the dental school and the Franks case reflected a key theme raised by Gerstle, namely that the process of becoming American was based upon both liberty and coercion, and that the process of being becoming American was neither quick and nor easy.  Crucially in both the Leo Frank and the dental school cases, Atlanta's Jewish community (as well as non-Jewish Atlantans) felt a pressure to keep silent about discrimination, and actively discouraged speaking out about problems.


This desire to belong to America and the pressures belonging wrought was also in evidence in our visit to The Temple, Atlanta's iconic synagogue. The oldest formal Jewish community in Atlanta, the congregation began as the Hebrew Benevolent Congregation in 1860.  The third synagogue built by the congregation, the current structure was designed by Philip Trammell Shutze using a neoclassical style and was completed in 1931.  While "The Temple" clearly pays allegiance to the more famous Temple in Jerusalem, particularly in the design of the ark of the covenant and its neoclassical pillars, the building simultaneously places Jewish allegiances to the American nation at the center of its design.  Stained glass windows and lamps use red, white, and blue as the dominant color scheme, and the rotunda and plasterwork deliberately echo and interweave American civic architecture with Jewish motifs like King David's harp, tefillin, the twelve tribes, and the priestly blessing.  By employing Shutze as their architect the Temple's congregants signaled their presence in elite Atlanta culture. In addition to building many important churches, schools, and medical facilities around the city, Shutze was the architect of Atlanta's most famous work of elite domestic architecture, the Swan House (1928), recently used a setting in for the evil and decadent presidential palace in Hunger Games: Catching Fire (watch clip).

In 1958, the Temple was bombed in retaliation for the outspoken civil rights activism of the synagogue's northern Rabbi, and hence was an appropriate and multivalent venue for understanding Southern Jews identity in relationship to the world of difference.

Today the Temple builds upon the legacy of Rabbi Rothschild, and proudly proclaims social justice as part of its mission, along with learning, prayer, and worship (Temple Mission).  Although at one time his trial and death was a taboo topic, today Leo Frank's portrait with his wife hangs in a main hallway of the Temple.

In keeping with Atlanta Jewry's interest in a dialogic identity, the conference featured an amazing concert from and discussion with the 4th Ward Afro-Klezmer Orchestra, a "nine-piece klezmer-funk-rock-jazz ensemble that performs original compositions and arrangements combining West African rhythms with Eastern European klezmer melodies." You can watch clips of their music here.

The next Biennial Scholars Conference for the American Jewish Historical Society will be held in 2016 in New York.  Founded in 1892, AJHS is the oldest national ethnic historical society in the United States.  In addition to hosting conferences, AJHS houses an extensive collection with more than 25 million documents and 50,000 books, photographs, art and artifacts that reflect the history of the Jewish presence in the United States from 1654 to the present.  The journal of the association (American Jewish History) is the flagship journal for the field, and is currently available from 1996 to the present via Project Muse.  The first hundred years of journal will also soon be available on JSTOR.  Scholars working in the field of American Jewish history who are interested in submitting articles to the journal should check out the information online or contact editor Dianne Ashton, Rowan University, email: ashtondATrowan.edu.
Email Post
Labels: American Jewish architecture Blackness conference recap conferences Identity formation Jewish Studies Jewish-Christian relations laura's posts race and religion religion and music southern religion