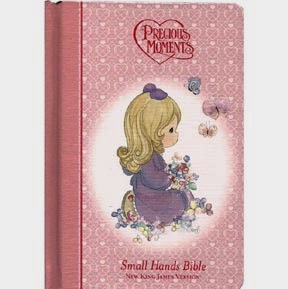 Kate Bowler
Today we follow up on Mark's helpful review with Todd Brenneman, Assistant Professor of Christian History at Faulkner University in Montgomery, Alabama. He earned his Ph.D. and M.A. from Florida State University and is the author of a book that will surely (WARNING: Terrible Pun Ahead) capture your heart called Homespun Gospel: The Triumph of Sentimentality in Contemporary American Evangelicalism.

Kate Bowler (KB): For every person that has ever wondered why soft piano music has to play throughout every megachurch prayer, this book is for you. When you say that evangelicalism is a religion of sentimentality, what do you mean?

Todd Brenneman (TB): So much attention to evangelicalism in the last four decades from scholars and journalists has focused on evangelical beliefs and politics (and how the two interact). A lot of this attention was driven, of course, by the resurgence of evangelicals, and it produced some great scholarship that really helped us understand the contemporary political situation to some extent. When I decided to focus my dissertation on best-selling evangelical author and minister Max Lucado, however, there was a disconnect. I certainly could see how he fit into the traditional narrative of evangelicalism, but in many ways he stood counter to it in that he wasn’t explicitly pushing a religio-political agenda nor was a sizable amount of his massive corpus of writing (he has over 100 million products in print) about the inculcation or explanation of evangelical doctrines or beliefs. Instead his books communicate and model feelings, particularly ones we can call sentimental—feelings of domesticity, of nostalgia. When I started looking at other examples of popular conservative white evangelicalism, I found the same motifs and themes. Much of popular evangelicalism is based on domestic tropes and is about the transmission of feeling and feeling rules. The concern isn’t as much about doctrine or beliefs—though doctrine is still important in some ways—it’s about encouraging certain emotions, especially through religious practices like reading, singing, watching evangelical media, and so on. These notions of domesticity and nostalgia—particularly when it comes to talking about God—are ubiquitous throughout evangelical popular culture and media.
KB: You argue that sentimentality is not just about “tender feelings” but about mediating a certain kind of authority. What do evangelicals gain by plucking people’s heartstrings?

TB: Other scholars who have worked on sentimentality in early American culture or in nineteenth century evangelicalism or who have examined sentimentality and gender have made the case that sentimentality is nearly always embedded in political or authoritarian realities. People use sentimentality to exert or gain power. Now in evangelicalism, it is often a soft power that seeks to be persuasive and not openly or intentionally coercive. It is often based on the assumptions of certain universals in emotion that are often middle class—and frequently white—values. While we can talk about people using sentimentality to manipulate others, I don’t think that there is anything intentionally nefarious about the evangelicals I examine. They are not trying to manipulate; they are trying to persuade. But, their use of sentimentality does bring with it the origination or expansion of authority. People trust these individuals and feel spiritually safe with them. Additionally, because they are using sentimental appeals, they can sidestep the suspicion that comes with politicized religion. Max Lucado, for example, is not Pat Robertson. He is not Jerry Falwell. Neither is Joel Osteen. So plucking the heartstrings can tone down the image of political evangelicalism and make it seem like this is something different. I mean how do you get offended by “If God had a refrigerator, your picture would be on it?” But this isn’t just a theological choice. It is an economic one as well—in order to be successful in the market you have to have a simple message that will sell.

KB: Your chapter on the economics and marketing of sappy spiritual mugs, calendars, Hallmark cards makes me feel like I can ask you, of all people, this question: what’s with the Precious Moments Bible for Children? (see above) It comes in pink or blue and your choice of the King James Version or the New King James Version.

TB: You forgot my favorite--wind chimes! Precious Moments is a perfect example that shows that sentiment isn't just an aesthetic in evangelicalism; it's a commodity. Sentimentality is for sale. Look at the description of that product. These are "nostalgic" characters directed at "little hearts." The product line "serves as a symbol of the emotions experienced" in life's precious moments. It also demonstrates how important children are to evangelicals and how focused evangelicals are on children. I think if we step back and look through the lens of emotionology, we will see that for many evangelicals abortion, questions about marriage, and Precious Moments and VeggieTales are all connected to a larger ideology of sentiment. Because many evangelicals see children sentimentally (understandably so) they are concerned about what will happen to these little innocents when they get out into the sinful world, so they create a variety of alternatives that will protect them spiritually. But it's a feedback loop. They look at children sentimentally and so they embody that sentiment in a variety of products which serves to perpetuate the idea that God is a God of sentiment which encourages evangelicals to look at the world through sentimentally colored lenses which makes them concerned about the non-evangelical world so they create alternatives to culture, and so on. But then there's the marketing and economics component. Precious Moments doesn't just cater to your precious moments, they tell you what your precious moments will be. They don't wait until you have a precious moment and then create the product; they have already created the product before you even have the moment. But the sentimental product has to be broadly appealing and palatable. Which means sentimental products can't be sophisticated—whether it’s a figurine or an inspirational book. But here’s the thing—how do you understand Precious Moments in a traditional narrative of belief and politics? I think those aspects are represented in Precious Moments, but how do you understand the specific motif? How does a Reformed view of scripture help us understand tear-drop eyed figurines? How does belief in the necessity of conversion help us understand where anthropomorphized vegetables spouting Bible lessons come from? Ok, I can’t explain the vegetables either, but I think I can help explain the rhetoric in VeggieTales and its appeal to remember that “God made you special, and he loves you very much!” Certainly it is a representation of how interwoven evangelicalism and capitalism are. But why Precious Moments? Why VeggieTales? I believe sentimentality helps us understand why these particular products developed because of the political situations evangelicals found themselves in. Certainly the doctrine and the politics are embedded in the products, but emotion helps us understand the form that so much of contemporary popular evangelical culture takes.

KB: Your book begins and ends with a reorientation of what scholars should be looking for in defining the scope of evangelicalism. What do scholars miss by overlooking this language of affect?

TB: In solely defining evangelicalism through doctrines and beliefs, I think we have missed why contemporary evangelicalism has been so effective. We can wonder why people look to authorities like David Barton or Ken Ham when science contradicts Ham and historians have discredited Barton. Why don’t intellectual arguments faze evangelicals? Well, if so much of popular evangelicalism is about how a person feels, then that isn’t about the intellect; that isn’t about beliefs. God is real, Christianity is true, because it feels true whether or not someone can logically prove it propositionally. Furthermore, ignoring (or even discounting or denigrating) affect keeps us focused on certain subjects who may or may not be representative of the lives of most evangelicals. The Pat Robertsons and Jerry Falwells might have been representative of a certain type of evangelicalism at a certain point, but I wonder if that has been the case for quite awhile now. Finally, if we don’t pay attention to affect, I think we are going to miss why and how evangelicalism is changing. When we look at the apparent transitions going on among younger evangelicals about being part of a church or their positions on same-sex marriage or other supposedly doctrinal issues, we might overlook a vital component in explaining this change. While changing views in American culture and the proliferation of media are certainly influential here, I think evangelicals’ own rhetoric about God’s sentimental love for everyone as they are, preached from pulpits, read in books, expounded in VeggieTales, and sung out in Contemporary Christian Music, has contributed to this apparent transformation that is going on now. So, if emotion is so important to what it means to be evangelical, I think we need to reconsider how we can incorporate this part of the evangelical experience into how we define what makes something or someone evangelical as opposed to another type of Protestant Christianity.
Email Post
Labels: evangelcalism Popular Culture sentimentality Todd Brenneman