I am writing this blog entry from 30,000 feet, on my way home from the highly successful Religion, Health, and the Body in North America conference, co-sponsored by Amy DeRogatis of Michigan State University, Shreena Gandhi of Kalamazoo College, and Brian Wilson of Western Michigan University.* (Full disclosure: I went to both college and divinity school with Shreena and was her houseguest for the conference.) From May 15 to May 17th, the week after the medievalists’ annual Kalamazoo meeting, about 23 scholars of North American religion and/or religion in the Americas converged on the city, a little worried that the medievalists had drunk all of the alcohol in town, but eager for three days of conversation. 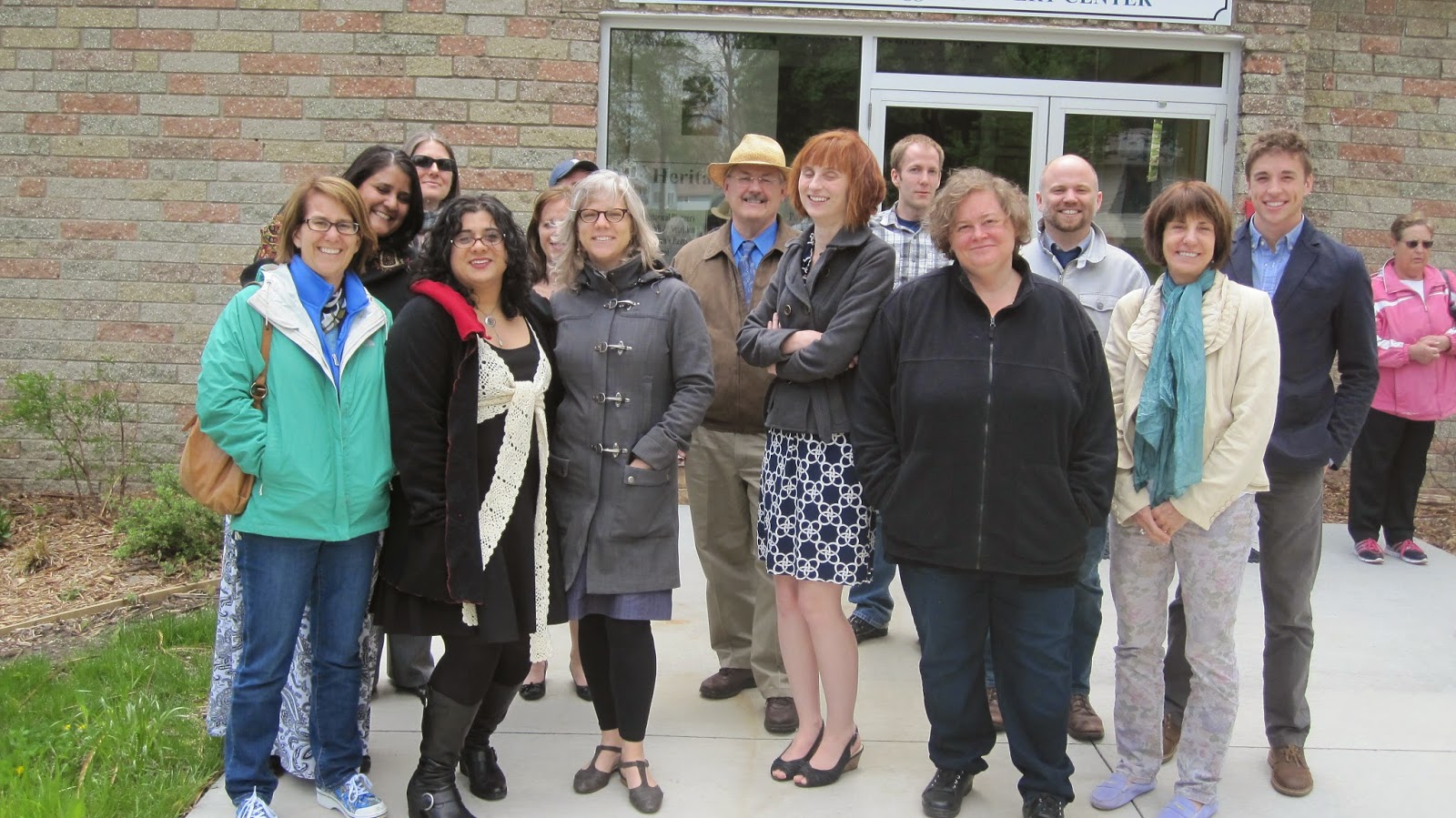 Toronto with a talk entitled “Healing Publics: Why the Study of Religion, Health, and the Body is not a Case of Mind over Matter.” Klassen called for moving beyond the cognitive turn in the study of religion, in which religious practice is interrogated in terms of its biomedical effect (and efficacy) to a robust engagement with the idea of science as both politically and historically situated.

Over the next two days, the conference began to put Klassen’s work into action, with panels on missionaries, faith healing, and biomedicine. Papers included : “A Pietist Physician in Colonial Georgia: Christian Responses to Medical Materialism in Missionary Contexts” (Phillipa Koch, University of Chicago/University of Pennsylvania), which worked through the power relationship between clergy and physicians, predominantly around the use of quinine to treat malaria in colonial Georgia; “Negotiating New Narratives of Stillbirth: Between Religion and Biomedicine” (Kandace S. Geldmeier, Syracuse University),  an exploration of contemporary, hospital based memorializations of stillbirth; and “American Christianity, AIDS, and the Sick Body” (Anthony Petro, Boston University), which traced Protestant responses to the AIDS crisis, specifically an inability, even on the part of the most liberal Christian voices, to imagine people living with AIDS as anything other than marginal. The closing day of the conference included two panels, one on sexuality and the other on eugenics.

Perhaps one of the most theoretically interesting papers was Lynne Gerber’s (UC Berkeley) new work on the meaning of healing in the Metropolitan Community Church of San Francisco during the late 1980s and early 1990s, when much of the congregation was dying from AIDS. Her work explored how the community separated the concept of “healing” from that of “a cure for AIDS,” and therefore expanded potential definitions of healing and health.


On the last day of the conference, those able to stay went on a field trip to the Historic Adventist Village, where we took a tour, and to see the outside of the Battle Creek Sanatorium. The pictures scattered through this post are largely from the field trip. 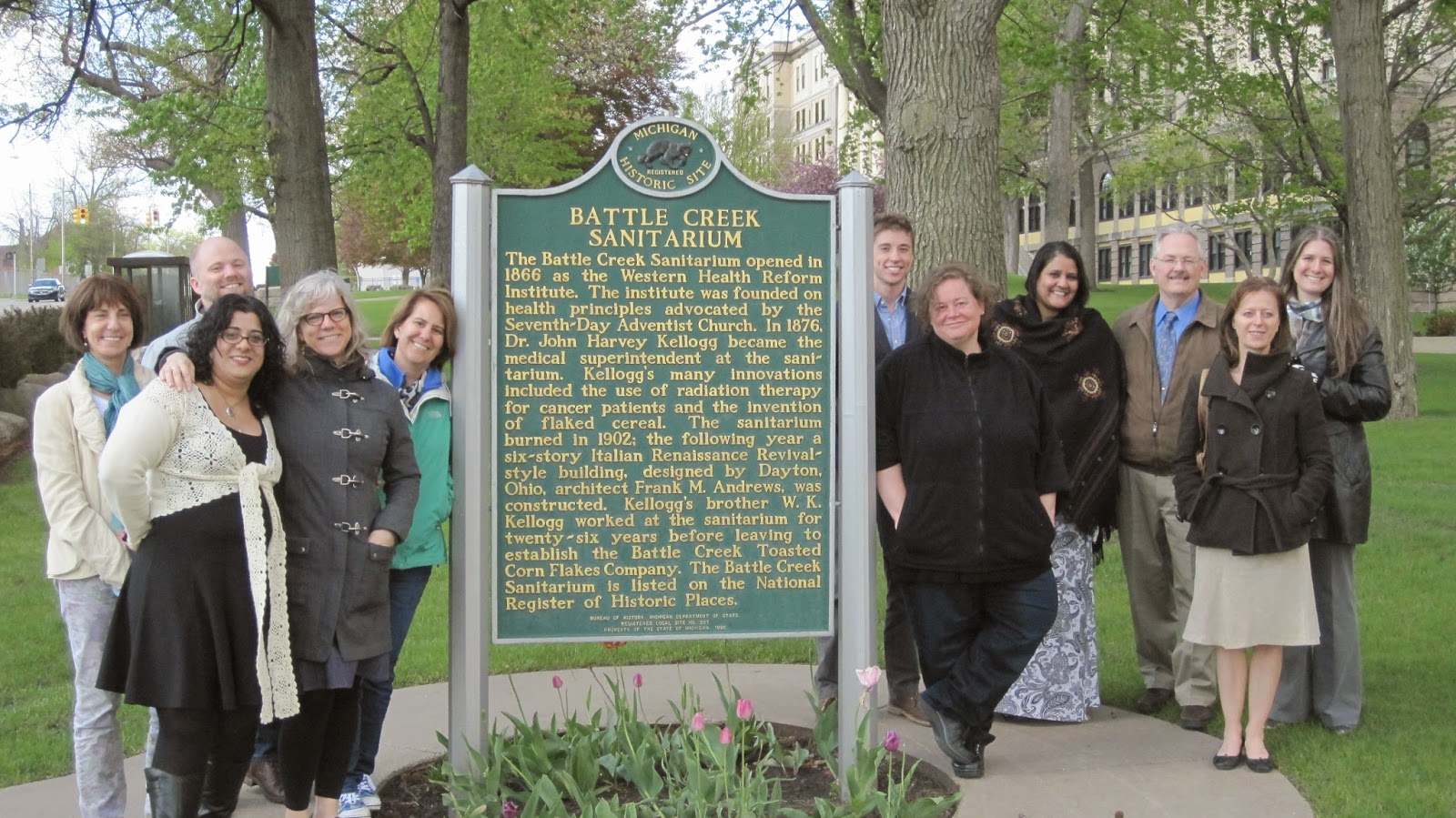 One of the most striking aspects of the conference, and I truly want to credit the efforts of the organizers on this, was the hospitality that was offered. They arranged for all of the meals and created time for much conversation, both formal and informal. According to Amy DeRogatis, they were very deliberate about being welcoming and modeled themselves as much as possible on the Wabash Center. I have never been to Wabash, but I think that the hospitality on offer at Religion, Health, and the Body in North America was generous and it increased opportunities to build connections and potential collaborations.

The primary weakness of the conference came in its scope, which was heavily oriented toward Christianity in the US. I was certainly complicit in the overly narrow scope, as my own paper considered Hobby Lobby versus Sibelius, currently before the Unites States Supreme Court. Most of the papers, however, focused on the United States, with only one paper concentrating on Mexico and borderlands—Brett Hendrickson’s (Lafayette College),“Fidencistas, Possession Trance, and Borderlands Healing”—and one on Canada—Catherine Hinault’s (Université Rennes 2) “From Cloistered Asceticism to Callisthenics: The Emergence of a Protestant Health Ethic among French 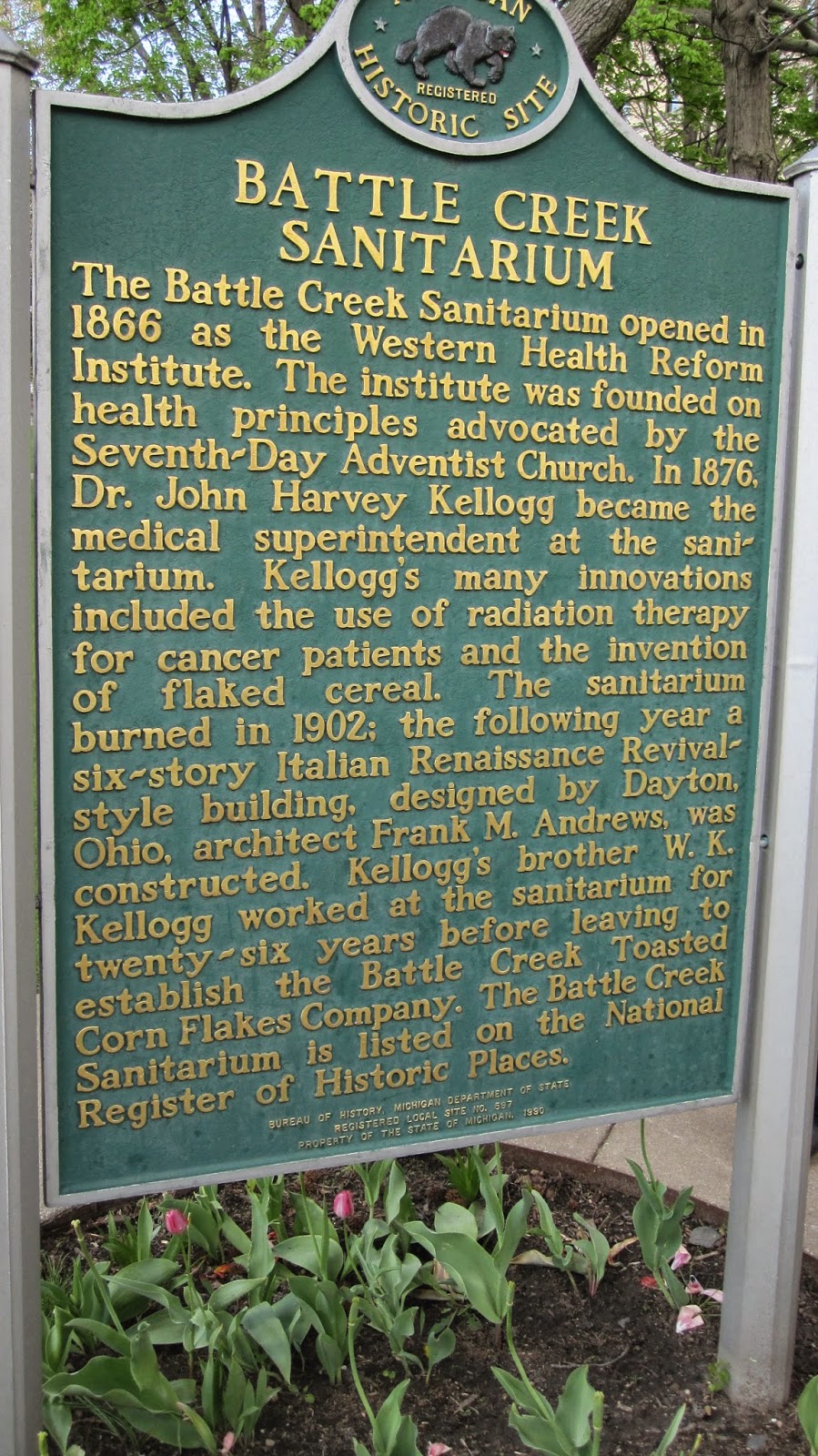 Canadians of Evangelical Obedience in late 19th- early 20th century Quebec.” In this regard, Amanda Hendrix-Komoto’s (University of Michigan), “A Grave ‘Wide Enough for Two’: Sickness, Exile, and Religious Ritual in the Mormon Pacific, 1870 – 1890” also provided some diversity in perspective, in that it considered Euro-American Mormons as they explored and negotiated racial relationships in the Pacific World. The Christianity, and more specifically Protestant, focus of the meeting was similarly dominant—only one paper primarily engaged with Catholic practice (Brett Hendrickson’s above-mentioned paper on Fidencistas) and only two addressed non-Christian topics, Shreena Gandhi’s (Kalamazoo College) “Ayurveda in the U.S.: Regulating the Market and Perfecting the Body” and Angela Moe’s (Western Michigan University) “’It Brings Me Closer to the Divine’: Explorations of Spiritual Embodiment through Belly Dance.” Even so, Moe’s paper largely addressed the experience of white, often Christian, women’s experience of belly dancing. I asked Shreena Gandhi, one of the conference organizers, about scope, and she noted that it was a result of the submissions received. The problem with the conference, then, reflects a problem within the field. Whether or not good work is being done on the Americas and on the non-Christian traditions within them, that work is not part of the conversation and networks of American religious history. The call for this conference, which I got through my listservs, either did not reach scholars studying the diversity of religions in America or, if it did, somehow it was dismissed as not of sufficient interest to them. I wish I had an immediate solution for this problem, but I think it is telling that even when the organizers deliberately looked for diverse papers, they were unable to find very many.


All in all, the conference was three days of excellent conversations (and, despite the best attempts of our medievalist friends, excellent beer).

*Indeed, I wrote the post on May 18, on my way home from the conference. It was, however, about 3 weeks ago now.

Anonymous said…
Thanks very much for your recap, Samira. I was strongly tempted to attend this conference, but it came just one week before the Canadian Society for the Study of Religion annual conference, and I can't blow all my conference funding before AAR in San Diego. Sounds like I would've really appreciated the event, though. Had I been involved, I would've brought my work on mindfulness, so that would've added a bit more non-Christian material into the mix. Do you know of any plans to publish the proceedings? I'd certainly like to read a volume of expanded articles on these topics.
June 7, 2014 at 3:46 PM

Samira K. Mehta said…
Jeff, there is no plan to publish the conference proceedings--it was framed more as a chance to create conversations and find conversation partners. Some of the work presented (Anthony Petro's for instance, and I believe Sara Moslener's) come from monographs that are in the publication pipeline. Others (mine, Lynne Gerber's, Shreena Gandhi's) are opening forays into our next projects so I am less certain when they will hit publication. There is a different, more sexuality end of the body/health spectrum, publication in the works and Anthony, Lynne, and I are all at least part of the conversations for that (spearheaded by Gillian Frank, Bethany Moreton, and Heather White). But that is a different conversation--it just happens to have some overlap in terms of players.
June 8, 2014 at 9:58 AM