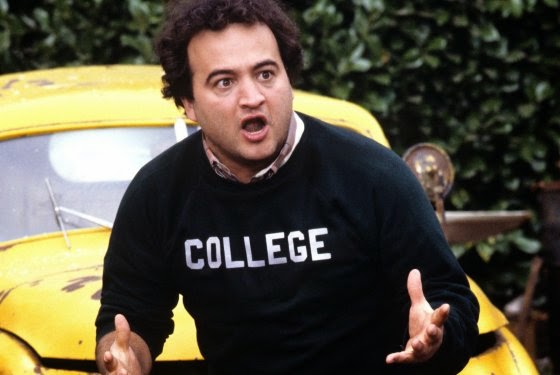 Scholars of religion in the United States often tend toward studying Christianity, especially the evangelical type that has typically been at the center of political and cultural turning points throughout American history. Very fine studies of political groups, religious leaders, commercial ventures, and parachurch organizations help to interpret the ongoing story of Christianity in America. Christian colleges have produced many of the leaders of these organizations, and much has been written on the growth and development of those schools.

Yet one of the most influential groups in this story, Christian college student affairs professionals, has been largely overlooked. Last week, on the campus of Bethel University in St. Paul, Minnesota, college staff from around the country met for the annual meeting of the Association for Christians in Student Development (ACSD). The organization’s mission is to “to equip and challenge members to infuse their Christian faith into student development practice and scholarship.” Workshops at the conference included:

·         “Reducing Marginalization of Lesbian, Gay, Bisexual and Same Sex Attracted Students at Christian Colleges and Universities”
·         “Is It Manly to Say You’re in Love with Jesus? A Study of Masculinity and Spirituality”
·         “Ernest Boyer’s Legacy and Implications for the Future of Student Development”
·         “Surviving Tragedy as a Resident Director: How to Heal Personally, Guide Students, and Maintain Professional Focus and Direction”

ACSD members focus on the holistic development of college students, pairing their work outside the classroom with the learning outcomes that are the focus of most faculty members. Most—not all—ACSD members work at higher education institutions that are affiliated with the Council for Christian Colleges and Universities. The organization publishes a peer-reviewed journal, Growth, elects officers and committees, and gives annual awards for outstanding service.

The earliest models for colleges in the United States were not too far removed from the monastic tradition in Europe. Students lived among their faculty members, who were viewed not only as academic scholars but as role models for their young students. By the early twentieth century, faculty members specialized on academic research, and colleges needed additional help fulfilling the expectations of In Loco Parentis, the understood role of parenting young students away from home. The specialized field of student development—or student affairs—emerged to fill this need, typically with house parents, or deans to tend to specific issues for students. National student affairs associations, including the National Association of Student Personnel Administrators (NASPA) and the American College Personnel Association (ACPA) formed out of deans of men and deans of women associations in the early decades of the 1900s. This was during the time when most Christian colleges were still focusing on training for ministry. Today, these organizations, as well as ACSD, adopt a “whole person” approach to the student experience, seeking to partner classroom curriculum with other experiences in what has been termed the Student Learning Imperative.

ACSD officially organized in 1980, but has its roots in separate organizations of Christian college male and female deans that previously formed in 1958. The 1950s represented a pivotal decade of organizing for Neo-evangelicalism in the United States, and these associations reflected a new focus on young people. As scholars such as Joel Carpenter and Garth Rosell have explained,  Youth for Christ and similar groups were responding to the rise of the American teenager with well-coordinated evangelistic meetings. Christian colleges, long the home of church doctrine and denominational politics, slowly expanded their mission to adopt an emphasis on what would become known as the liberal arts.

After the student protests of the 1960s, colleges around the United States moved away from the traditional model of In Loco Parentis, and emphasized an empowered student government and organization structure. Christian colleges adopted a similar approach over the years, and by the end of the 1970s the time had come to unify their efforts in a national advocacy organization, ACSD. From roles as “dorm moms,” on-campus concert promoters, events planners, and rule-enforcers, the profession developed as a distinct academic and professional discipline. A good resource on Christians in the profession is Student Affairs Reconsidered, edited by David S. Guthrie.

Why does ACSD matter in the story of American evangelicalism? ACSD personnel are often most directly connected with students in residence halls, leadership groups, and outreach work. The emphasis on scholarship in classroom is vital for student learning. But as scholars such as James K. A. Smith and Todd Brenneman have emphasized, the intellectual aspects of faith are not always as strong as the holistic approach on what people love and emphasize emotionally. When campuses are faced with issues like school shootings, such as the one that took place at CCCU member institution Seattle Pacific University, it is typically the student development personnel that take the lead in addressing the emotional needs of students.

As traditional college age students face crisis points such as suicidal thoughts, shifting stances on matters of politics, belief, or sexuality, it is often the student development staffer who enters into the conversation. When a traditionally fundamentalist or evangelical college develops its stance on dancing, alcohol use, issues of sexuality, or even human origins, it may be the board of trustees, administrators, or a faculty committee who develop the policy, but it is the student development staff who work closest with students as they live under it.

Student development organizations provide governance opportunities for staff and students who may not have a voice in the university otherwise. The study of secularization and integration of faith and learning has typically focused on scholars and leaders of institutions that have shaped the narrative by massive policy shifts or scholarly works. Looking into student affairs gets closer to a social history that measures change by the student experience. Most student affairs professionals are experts on student culture and interpret student behavior as a matter of professional responsibility. And the whole person approach, at its best, builds a love for learning that extends beyond the walls of the classroom. Students who foster curiosity beyond the need to fulfill graduation requirements will be better prepared to shape their culture.

Scholars investigating the political shifts of the evangelical movement can benefit from exploring the ways that these cultural and political issues have been shaped by young evangelical leaders on college campuses. ACSD brings a focus on the whole person that complements what scholar-teachers attempt to accomplish in the classroom. As Christian colleges adopted the liberal arts in the twentieth century, ACSD members helped shape the thinking of students who paired scholarship with faith and emerged as leaders of American Christianity.
Email Post
Labels: ACSD CCCU Christian colleges evangelicalism michael hammond's posts religion and american culture religion and higher education

Jeff Bouman said…
Thanks, Mike - this is a good and necessary historical reminder. I've been on and off part of ACSD since the mid-80s, and have appreciated its focus on providing a space for serious people in this work to bring both their brains and their hearts into dialog with difficult questions about higher education and student development. Stephen suggested I should see this, and it reminded me of some of the last paragraphs of my dissertation, printed for your enjoyment here:

"Broadening our understanding of what constitutes intellectual influence on student’s lives to include extra-curricular activities such as religious activism, Bible study, campus group membership, and student leadership opportunities raises important questions about the legitimacy of viewing the work of faculty in teaching and research as the exclusively essential intellectual work of a university. In the contemporary American environment that is again asking fundamental questions about the role of higher education in the development of democratic citizens, this distinction must be clarified. If indeed the central intellectual work of universities is carried on only in traditional venues supervised by faculty, the university must explain scholarship that suggests that student affairs staff and other non-faculty personnel participate in the overall formation of students, intellectually, spiritually, and emotionally by weaving together a “seamless coat of learning.”

Tim Lacy said…
Michael: I *love* this post. I've been working through the history of student advising over the past year, mostly thinking about the profession's development from the point of view of intellectual history. Your post is more social history, though you veer into intellectual history near the end. I'd love to hear more about the bigger, deeper ideas you've run across in while looking at ACSD and it's journal, *Growth*, and the Guthrie book (as well as in documents from NASPA and ACPA). For instance, what do ACSD personnel think about the advent of "developmental advising" in the late 1960s? And how did that jive with varying Protestant-Evangelical church doctrinal points? And what of politics? - TL
June 11, 2014 at 9:17 AM

Michael Hammond said…
Jeff, You said this much more clearly than I did. My post just scratched the surface, but efforts like Calvin's service learning provide a true developmental model for students. That story is vital to interpreting both education and religion in society. Thank you for adding to these ideas.

Michael Hammond said…
Dear Tim, Thank you for your comments. As you have probably discovered in your research, the late 1960s were an important turning point. You can see--at least in many public or non-sectarian universities--a shift from *in loco parentis* toward student empowerment. When students took over the president's office, or marched in the quad, that change seemed to follow. But not everywhere. The shift among Christian (fundamentalist & evangelical) colleges was slower and more varied. You can certainly find a number of examples today where students are not nearly as empowered. It seems that developmental advising would mirror these themes--granting students control over their own career choices. In most ACSD contexts, there is a very strong use of terms like "calling" and "purpose" so that student advising is not just a prescriptive conversation to schedule classes, but part of a mystical and spiritual process of discovery. Classroom faculty do not always fulfill those expectations, but student affairs personnel in ACSD contexts typically see that as a major part of their work. Growth is an impressive resource. Most annual issues are archived up to 2012 on the ACSD website. I am sure you would find some articles on advising, as well as papers presented at their annual conference on the subject. Also, read through the Student Learning Imperative (linked in my article). You will see some ACSD members who adopt a similar approach within a Christian framework in what they do. -MDH
June 11, 2014 at 10:02 AM