Skip to main content
Labels
Posted by Michael Hammond May 11, 2014

Thanks, Mom: Christian Approaches to Motherhood 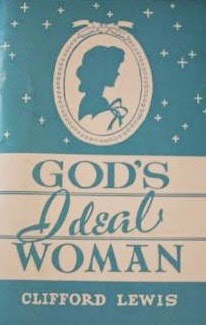 Today is Mother’s Day (or perhaps Mothers’ Day, but definitely not Mothers Day). So, first of all, thank you to my mother, grandmothers, and especially my wife for being such great moms. That is the point of the holiday after all—to show our moms gratitude for the sacrifice and love they shared with their children. It is such an important role in our society that Christian evangelicals and fundamentalists have often been outspoken in support of traditional mothers. Even in conservative churches, the models of motherhood continue to change as biblical interpretations of submission and marriage intersect with cultural understandings of feminism and sexuality.

Woodrow Wilson first declared Mother’s Day a national honorary holiday 100 years ago, co-signing a proclamation with Secretary of State William Jennings Bryan on May 9, 1914. The official purpose was to call for the public display of the American flag on public buildings and residences, as a show of patriotic support and “public expression of our love and reverence for the mothers of our country.” Americans had honored their mothers on a special day for a few years prior to the Wilson proclamation. The holiday was spreading even while Americans were voting on whether to grant suffrage to their mothers and other women in various states. The Senate considered the Susan B. Anthony amendment, to grant women’s suffrage just a few weeks later on May 24, 1914. The amendment failed at that time, but would later be passed after the resolution of World War I. A century of change for women has redefined the concept of motherhood, and Christian church groups have been very outspoken over the years on the proper place for women and mothers in society.


An example of the traditional Christian model of women and motherhood is the book God’s Ideal Woman by Clifford Lewis of Kansas City Bible College, with an introduction by Mrs. Billy Sunday. Originally published in 1941, the book remains for sale in print, but is also available online in its entirety.


Practical suggestions for women are clearly presented in chapter titles such as “Don’t Be a Silly Girl,” and “Advice to the Old Maid.” In chapter five, “The Responsibility of Motherhood,” the author cited odes to the bravery, music, kiss, prayers, and love of a good mother. There was a tale of a heavenly angel who collected a mother’s love as one of the most beautiful things of earth. There were also cautionary tales about a careless mom who dropped her baby in the bear pit at the circus, and an undiscerning mother who taught her son to play cards, which led him to life in prison. The lesson: mothers are filled with the sweetest love, but could use a little help around the wild animals. Also, avoid worldly pursuits.


More recent approaches reflect the challenge of combining traditional Christian models with modern feminist influences. Marabel Morgan became a pop icon of conservative, yet frisky Christian womanhood in the 1970s. Her “Total Woman” embraced the traditional role of Christian submission and motherhood, while integrating Seventies openness to sexuality within marriage. Other church-sponsored role models for mothers have included 1980s “Facts of Life” star and “Personal Mom Coach” Lisa Whelchel. Whelchel gained some attention for her advocacy of “hot saucing” as a corrective method to verbal misbehavior of her children. Crowdsourcing motherhood advice is a popular method today, and Pinterest has a collection of the best “must-follow” Christian moms.

The most influential resource for church moms today is MOPS, or Mothers of Preschoolers. A support group for 8 moms in Colorado grew into an international network of mostly church-based local chapters, along with publishing ventures including a regular magazine. They use a basic leadership structure built around MOPS Mentors, and to answer your next question: yes, they do sponsor an annual convention, and yes, it is called Momcon. The 2013 Momcon brought more than 3000 MOPS members to Kansas City to hear speakers including Beth Moore and Jen Hatmaker. They also participated in workshops and social events including a dance party. Groups like MOPS demonstrate a savvy approach to networking and providing resources to support the work that moms face every day.


The feminist movement, and changes in society dramatically reshaped the role of women over the last 100 years. Christian church groups responded to these changes by working to preserve a place for traditional motherhood. As the feminist movement brought birth control, abortion, and expanded opportunities for women in the workplace, conservative Christian groups worked to elevate the dignity of working in the home. The growing popularity of home schooling built on this strategy as well. Christian fatherhood initiatives are not as popular. Men's groups typically focus on managing the workplace and family balance.

What can often be missed in these traditional efforts is a sensitivity and acceptance for those who do not fit the very traditional models of women in the home and men in the workplace. Single mothers and fathers, working mothers, stay-at-home fathers, and couples without children may be left out of national efforts to recognize and support families. As conservative Christian churches continue to wrestle with cultural shifts in the definition of marriage, it will be worth noting how these programs respond to those changes.

As Mother's Day officially enters its second century today, be sure to honor the mothers around you today. And be careful around the bear pit.
Email Post
Labels: evangelcalism family fundamentalism michael hammond's posts Mother's Day religion and the family women