The Color of Christ Meets a Cast of Critiques: A Response from Edward J. Blum and Paul Harvey

For the last three days, we've been running a series on responses to the book The Color of Christ: The Son of God and the Saga of Race in America, which were given at the 2013 AAR in Baltimore. Our thanks to Kathryn Gin Lum, Joshua Paddison, and Jennifer Graber for their thoughtful and provocative comments -- the links to their names will take you directly to their comments. We conclude the series today with our reactions.

We are grateful to the AAR, and especially to the North American Religions Section, the Afro-American Religious History Group, for convening the “authors meet critics” session. Our thanks, as well, to eminent scholars Stephen Prothero, Jennifer Graber, J. Cameron Carter, Kathryn Gin Lum, and Joshua Paddison, for giving their time and insights.

Jesus Christ has had quite a decade. Millions watched him brutalized in Passion of the Christ. They shuddered (or celebrated) when Reverend Jeremiah Wright proclaimed that Jesus was a “poor black man who lived in a country and who lived in a culture that was controlled by rich white people.” More recently, Fox News anchor Megyn Kelly mentioned that the duo of Jesus and Santa Claus were “white” men (then later suggesting that the issue was not settled), and the film "Son of God" gave us the viral hashtag #hotjesus.

For scholars, J.C. has had quite a ride too. Stephen Prothero and Richard Wightman Fox built upon the insights of Jaroslav Pelikan, Kelly Brown Douglas, and David Morgan to detail the various ways he has factored in American history. With The Color of Christ, the book’s website, and dozens of op-eds, interviews, and talks, we threw our ideas into the mix. A paperback edition will be released this summer for fall classes (if you teach the book, please feel free to ask about a Skype session; we’re happy to oblige).

Scholarship and argumentation in academic fields tends to be driven by “either . . . or” propositions: this is right; that isn’t. The Color of Christ is a “both, and … and” book. Maybe this is Ed’s way of rejecting his childhood of “neither, nor” restrictions (we could neither drink orange juice after 9 am, nor purchase anything without a coupon); or Paul’s way of rejecting too many sermons which dwelt in the land of “neither . . . nor.” Below, we briefly spell out why we brought together constructs that are sometimes separated, and attempted to write a book that opened up possibilities and suggested new kinds of dialogue.

In American Jesus and during the AAR conversation, Professor Prothero emphasized the distinction he makes between Jesus and Christ. This, of course, is a crucial for history and theology. Jesus is the historical person who lived millennia ago. Christ is the theological signifier.

Our emphasis on both was not intended to hide those differences, but rather to emphasize that the combination “Jesus Christ” plays a powerful role in race making and hierarchy sustaining. As representations of sacred flesh, visual images of Jesus and ideas of his body elevated considerations of the physical to the planes of the supernatural. This is one of our key points: American racial categories have been made, remade, and endured, in part, because they have lodged themselves in considerations of the human and other-than-human supernatural figure of Jesus Christ. The body (Jesus) and the transcendent (Christ) were fused in an American society that labeled bodies, legislated bodies, commodified bodies, separated bodies, altered bodies, advertised bodies, and, through it all, crafted hierarchies of bodies. Jesus Christ, as human and sacred, has been part and parcel of those storylines.

We were trained before the explosion of digitized sources. We slogged to out-of-the-way archives to locate sources (that may or may not be there, regardless of what the finding aid said). While Paul worked through illegible church records from the public library of Oxford, Mississippi, or Native American sources stored at the Newberry Library, Ed thumbed through Bible Sunday School cards in Philadelphia and frontier almanacs in Kentucky.

Digitization, however, opened the field widely. Books.google.com made it possible for us to track the “Publius Lentulus letter.” Searches for “white Christ,” “white Jesus,” “white savior” turned up sources and points we would have never encountered on our own. Who knew, for instance, that even Frederick Jackson Turner mentioned the whiteness of Jesus in the early twentieth century? No way we could have found that otherwise.

We think Color of Christ benefits from the combination of “old-fashioned” archival work and the digital resources revolution still with us. Josh Paddison raises some excellent points, and caveats, about how what is or is not available may shape scholarship in ways that are invisible. And certainly, to cite one example, simply doing a keyword search for “Jesus” in the online version of the Jesuit Relations is awfully convenient, but unless you’ve spent hard time reading and studying the volumes and come to know the personalities and styles of the individual authors, you are likely to miss crucial parts of the meanings when you use the computer to find the Jesus needle in the haystack of words the French Catholic missionaries left behind. And yet, when you can combine old-fashioned immersion with newfangled digitized searching, revelations emerge -- as they did when we learned that the famous Cherokee newspaper the Cherokee Phoenix (published from 1828 to 1834) was digitized and available.

.
Moreover, the digital age compelled us to bring to the foreground how sources are created, collected, produced, distributed, and repackaged. We considered those flows at other moments in time, such as the importance of railroads or filmmaking techniques. We also tried to historicize the digital age, by including an entire chapter (“A Deity in the Digital Age”) on its role in shaping contemporary depictions of Jesus Christ and race.

3.      Here and There: North and South, East and West, the United States and the World

Ed is from suburban New Jersey. Paul is from rural Oklahoma. Ed studied in Michigan and Kentucky; Paul in central Oklahoma and then in the San Francisco Bay Area. Ed has taught in Kentucky, Texas, New Jersey, and San Diego; Paul has taught in California, Tennessee, Indiana, and Colorado. These experiences led us to refuse any narrative that privileges one place, and we did not want to replicate the old East-to-West frontier thesis of ages past (our thanks to scholars like Joshua Paddison, Derek Chang, Laurie Maffly-Kipp, and the folks at Religion in the American West blog for this). For this reason, The Color of Christ ranges all over the map. There are various metropoles: New York City as an importing and exporting hub and location of capital accumulation; southern California for its cultural capital in the realm of mass media; and the Mississippi River as the highway for imagery and artifacts in an earlier era.

One of the main points of the book is geographical crossings. Indebted to Thomas Tweed’s work, we emphasized the real and imaginative journeys people took across space and time. Some left the United States to be with Jesus in Palestine. Others brought J.C. to America in their sacred texts, visions, or experiences. The dynamics of movement and of geographies were crucial to how individuals and communities related to Jesus. It was not simply Americans bringing Jesus to America. He, in visual imagery, in emotional relationships, in spiritual experiences, brought Americans to Palestine, to China, and even to the heavens.

We are often asked about the audience of the book. Both of us are deeply committed to making our best ideas intelligible to thoughtful undergraduate students. We not only want those students to be able to understand the work, but also to wrestle with it, respond to it, and create their own works.

We also hope The Color of Christ will lead our colleagues to ask new questions and generate new approaches in their fields. We hoped the book would energize the field of critical race theory with attention to matters deemed religious and sacred. We hoped it would push scholars of evangelicalism to take material culture and bodies more seriously and not simply present humans as disembodied idea machines (what Bruno Latour calls the “mind-in-a-vat” approach). We hoped that those who study Catholicism would wrestle, as our colleagues Jennifer Hughes and Tracy Leavelle do, with the complex indigenous responses to American Catholicism.

Here are a few examples of how we hid sophisticated scholarly ideas into analysis that students can understand (we hope). When we discuss Phyllis Wheatley’s eulogy for George Whitefield where she had him speak words that he (probably) never said and that the gospels do not record Jesus saying, we were indebted to work on mimesis. We imagined Wheatley having a Whitefield puppet on her hand, and the Whitefield puppet had a Jesus puppet on his hand. “He longs for you,” this Jesus voiced with strings tethered to Whitefield whose strings then flowed to Wheatley. Here we have an individual named after a ship and the white family who purchased her, yet working such innovative magic through poetry that we wonder how many more layers there are.

Or, when we discussed slave spirituals and their creative renderings of Jesus as “master”, or as “tiny”, or as “friend” we thought of “hidden transcripts.” When we thought about white Jesus imagery in interracial churches, or the omnipresence of Head of Christ, we were thinking about Foucault’s considerations of surveillance. Finally, the entire book begins with absence and the work of non-present signifiers. The face of Jesus was not there; the young women were dead.

Postmodernism’s obsession with absence drives the study, but we did not write with their rhetorics or language games. Knowledgeable readers will catch the gestures, but we avoided the jargon. While words and phrases such “bio-power,” “alterity,” and “genealogy” serve as useful scholarly shorthand to enormously complex and fruitful discussions, they can signal to some readers “this book is not for you” or “come back when you’ve read more.” Most importantly, the barriers those words build (and we acknowledge that they tear down other barriers), run against one of the main points of The Color of Christ: non elites with their own vernaculars and cultural creations have created some of the most fascinating religious cultures in the United States. 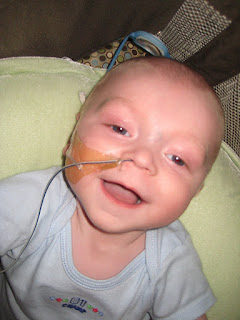 Finally, the Color of Christ has souls that were born in the repetitive pains of new lives and repeated deaths.
It is, on one hand, a narrative of Jesus born, murdered, and resurrected over and over and over and over. We wrestled with how people as individuals and communities live with such continual hope and sorrow. Even more, it is a book crafted in the emotional roller coaster of personal life and death. The research and writing of this book coincided with the birth, and then the sickness and death, of Elijah James Blum. The book became a refuge, a place where we could vest pieces of our vanishing relationships. When you read about the search for light, you unwittingly join Ed holding Elijah (who developed cataracts in his eyes from months 2 to 4) as he craned his head looking for the brightest light in the room. When you hear the accounts of Americans seeing Jesus emerge from pictures, you sit with Ed holding photographs of Elijah, knowing he won’t crawl out of them, but secretly hoping he would. When you encounter the idols smashed or the paintings torn, you witness Ed shouting prayers of four-letter words into the sky. And when you get to the epilogue about “Jesus Jokes,” you may see that hilarity can hide as much as it reveals. Laughter may not be a refuge from terror; the comedy may be its signal. Dad did his best, Elijah, to convey what you taught in the art form he knows best. Mom, Dad, and Uncle Paul miss you.