"Much Love for the Children of Abraham Through His Son Ishmael:" The Mystery of My Book of Mormon 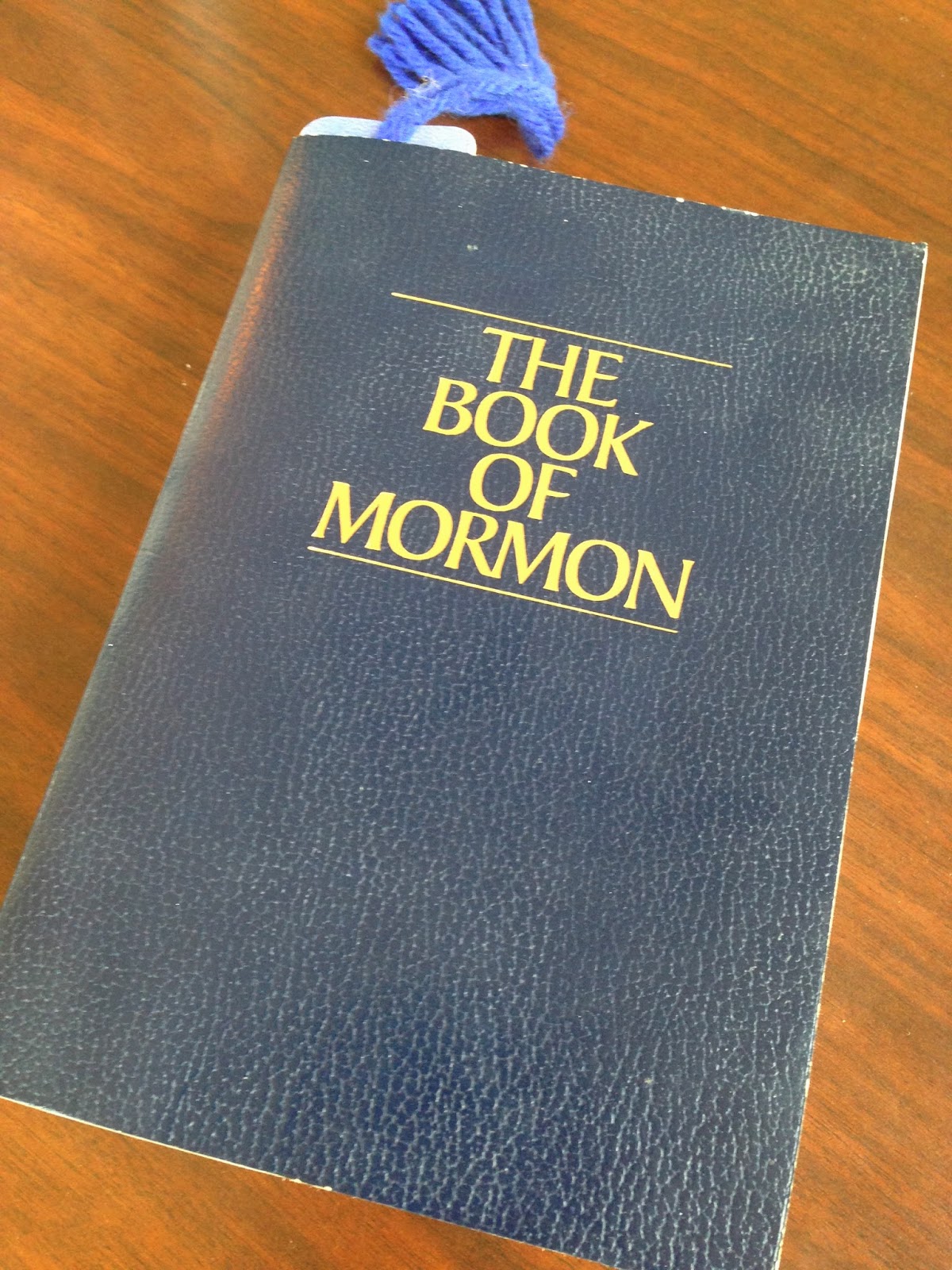 I don't really know where the copy of the Book of Mormon that sits on my bookshelf came from. As one moves through academic life, books attach themselves to you like barnacles on the bow of a fishing boat. I remember that this particular Book of Mormon, a 1981 paperback missionary edition, once sat on the built-in bookshelf in my living room in Atlanta during graduate school. I remember it was shelved next to Science and Health with Keys to the Scriptures and a Qur'an. When I moved to my current position at the University of Alabama that shelf of books ended up in my new office. Then, a couple weeks ago, I pulled it down so I could pass it around the room during my lecture on Mormonism in my American religious history class. When I opened it up I found this on the inside of the covers: 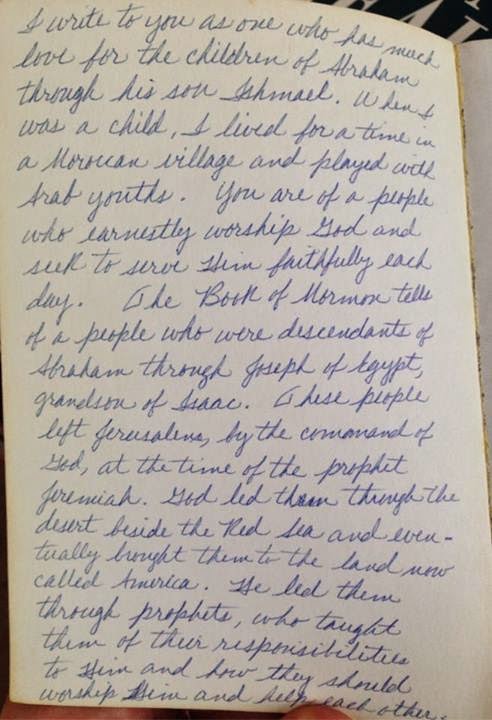 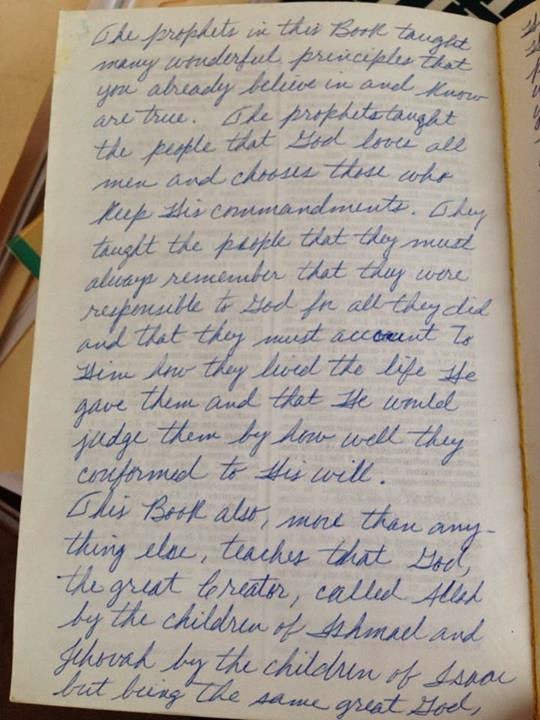 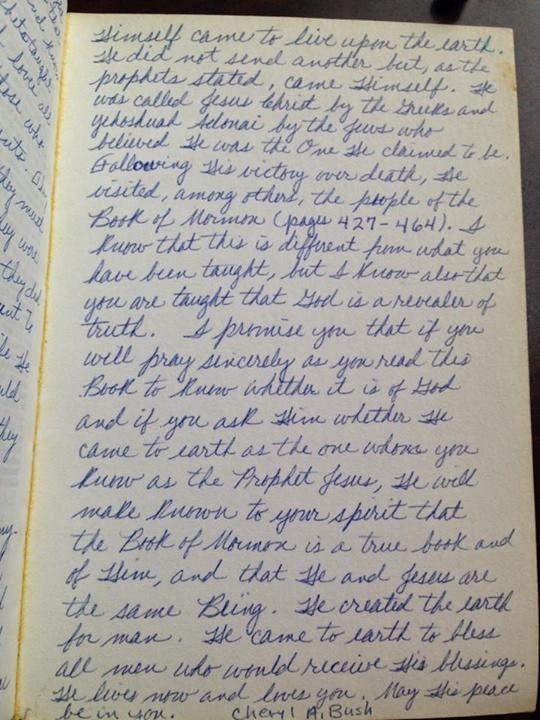 It is a fascinating letter from a Mormon woman to an Arab Muslim. I don't know a lot about Muslim-Mormon encounter but I will venture a few observations about this letter. The writer tries to find common ground with her Muslim reader, noting her great "love for the children of Abraham through his son Ishmael" and her time spent in a Moroccan village. She acknowledges that her reader is "of a people who earnestly worship God and seek to serve Him faithfully each day." She has found a place for the Muslim within her own religious history.

She also tries to find common ground by pivoting on the notion of a prophet. Just as Islam has its prophet, "the prophets in this Book" taught the people to love God and keep his commands. She also refers to "the Prophet Jesus," locating Jesus within a Muslim context. And most important, I think, she claims that the God of the Book of Mormon is the same as the Muslim Allah. There is an Abrahamic bond the unites her with her Muslim reader.

john f. said…
I really enjoyed that testimony that someone took the time to pen in a book that she was about to gift to a Muslim friend or acquaintance, apparently.