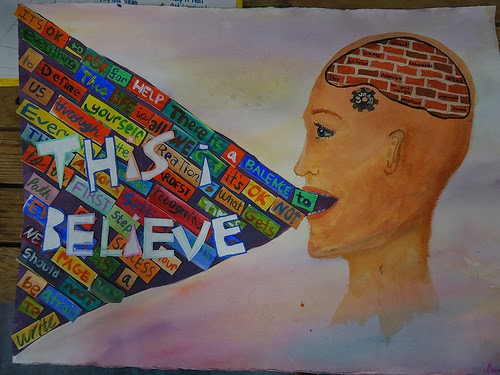 Several months ago I wrote a review about Eboo Patel's autobiographical work, Acts of Faith.  I noted in my post that my intent was to teach a new course (for me) on religious autobiography.  The course ended last Fall, and, I am taking a little time to think about the readings and structure of the course for next Fall.  I had a wonderfully sized group of seventeen students.  Hampden-Sydney is a college for men, so there was no gender diversity in the classroom (i.e. all the students were men) but there was ethnic and religious diversity.  I decided that a key element in the class would be students learning the practice of writing autobiographically about religion, as much as reading and contextualizing it.

So, while the students would learn how to be critical about the genre they would also learn by doing.  Each student wrote five short essays of around 1000-1200 words.  The five topics were: "This I believe" (in the NPR tradition); an Aha! moment; a religious experience or experience of religion with a point; religious origins; and a critical essay on one of the texts we read.  I allowed the students to write the essays in any order they wished.  The students also had a final project in which they had to create video using one of the essay they wrote during the semester.

I appreciated Trevor Burrows post on the use of autobiography on this blog.  So, here are some of my "take-aways" that I had from teaching the course for the first time. I would really love to hear more of your experiences or thoughts as I begin to plan for next year, especially form you veterans who teach or use autobiographies.