"Working Class Religion": A Thing Unto Itself?

We don't usually think of early twentieth century Catholics, Protestants and Jews exchanging and sharing religious convictions. We usually think of these faith traditions from their institutional perspectives--as hierarchical organizations with leaders whose ideas are passed down to the people after they are agreed upon by all authorities. Among the aspiring classes, of course, most Catholic, Protestant, and Jewish congregations had little to do with one another.

Yet, when we look at the religious world from the perspective of the crowded urban streets of industrial cities--the folks who were least likely to be called to lead religious congregations of the aspiring classes in the early twentieth century--we find a startling amount of common ground in religious belief. That is, we find large numbers of workers are anti-clerical (despite their religious tradition), and share a certain moral conviction that capitalism has disordered loves. That is, that a living wage for workers ought to be a higher priority than profits to investors. To a large degree, workers in the early twentieth century gathered together across religious lines because of these shared convictions.  To what extent might we call this shared belief and its attendant community a thing in itself-- a working class religion? 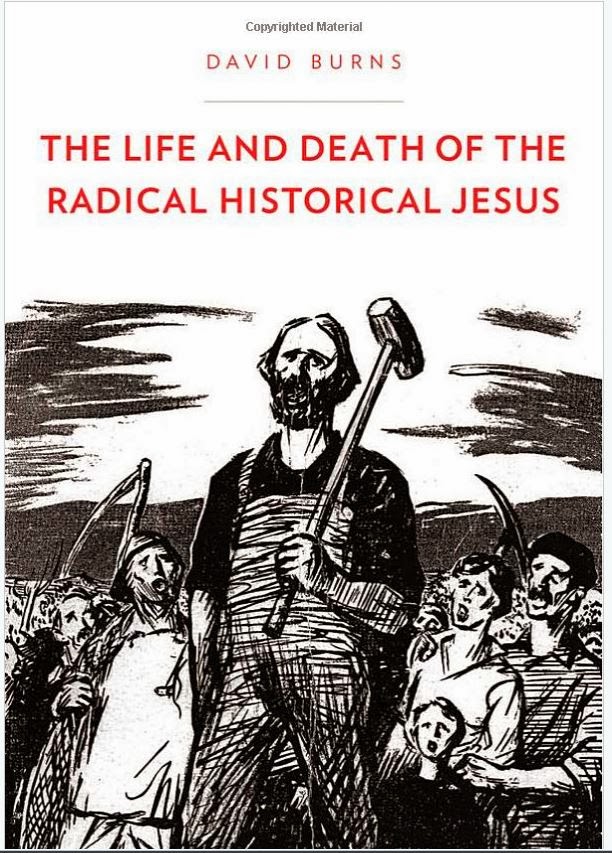 To be fair, this is something I've been thinking about for a long time. Heath Carter, Chris Cantwell and I have regularly brought up the question in the writing of our coauthored introduction to the forthcoming essay collection, Between the Pew and the Picket Line. We haven't come to resolution, and don't expect to, but we seem to always come back to the importance of the question.  As I contemplate the future of our field of working class religious history, the question continues to follow me. Do I really study working class Protestants if none of them go to church, and some of them are of Jewish and Catholic upbringing?

Thankfully, we have some absolutely excellent new work which very carefully begins to plot the path to exploring this question empirically. In fact, this is one of the many important questions that David Burns begins to raise in his stellar book, The Life and Death of the Radical Historical Jesus. He suggests that indeed, the late nineteenth and early twentieth century saw the rise of "radical religionists," often mislabeled "infidels," who carried an alternate and very modernist version of Jesus' biography into the public square. He suggests that even though these folks were secularists (denying Jesus' divinity), they also carried on a kind of religion--a more or less coherent belief system--which was in conversation with dominant American religious culture, and in fact led the modernist challenge on the churches. He challenges us to rethink the need for elements of the supernatural in our definition of lived religion. 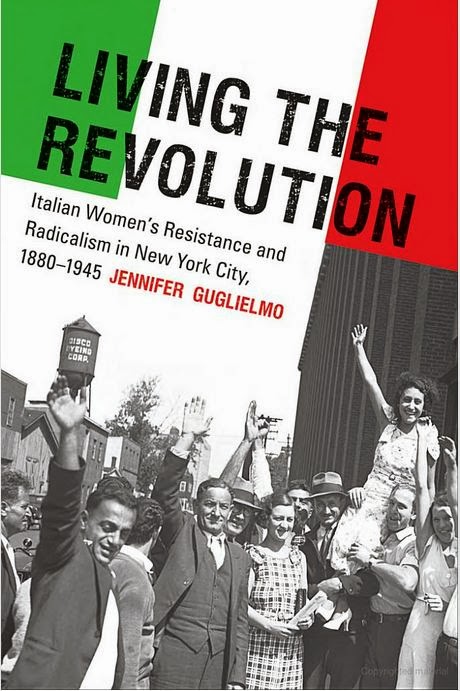 Jennifer Guglielmo's Living the Revolution: Italian Women's Resistance and Radicalism in New York City, 1880-1945 does not directly address religion at all. Yet, her Italian women subjects often occupy often the very same space as those of Burns (Harlem, greater Manhattan, and the Bronx), and their beliefs about religion, morality, and the good life overlap considerably. Many of Guglielmo's subjects are anti-clerical Catholics who reshaped Catholicism "to reflect their own concerns and practices." Southern Italian women passed down the proverb, "The husband is like the government in Rome, all pomp; the wife is like the Mafia, all power." While we can read this proverb to tell us a great deal about the informal power within women's communities, we can also learn about Italian Catholics' understanding of the church. That is, church authority, like male authority, was to many Southern Italians mostly a formality. Women, like the mafia, had a completely parallel (even if less respectable) system of authority and truth.

In the same period that we see Italian Catholics frustrated with prevailing Irish American authority in the Catholic churches and to a large degree fighting for their own national parishes, we see Irish, Jews, and Italians cooperating within the Industrial Workers of the World. Now, of course, ethnic hierarchies would never be fully erased. Racism and ethnic chauvinism sanctioned condescension toward groups considered lower on the social hierarchy, even within the most radical and anarchist circles. The legendary anarchist Emma Goldman famously condescended Italian American women as overly concerned with domestic activities. (Even while, as Gugielmo points out, those domestic women were organizing anarchists and anti-fascists through domestic activities.) While Jewish and Italian women cooperated within the International Ladies' Garment Union (the ILGWU), Italian women often felt marginalized as expert seamstresses and felt that the union did not fully represent their interests. Working class cooperation in the early twentieth century was never entirely on terms of equality and respect.

Nevertheless, I would argue that we still see more inter-ethnic and inter-religious cooperation among the working classes than we do among the middle classes of the period. Tensions arose because of the fact that these groups did meet together and exchange ideas about justice, truth, the good life, and the meaning of supposed "One Hundred Percent Americanism." Surely, ethnic groups largely lived in different areas and worshiped separately on Sunday mornings. But, a whole lot of workers did not have the luxury of not attending work on Sunday mornings. Many male industrial workers had to be at work most of their lives (when not unemployed), and spent far more time with their coworkers than fellow parishioners, or even families.

Whether we want to call radical and labor union activities "religious" or not, we must admit the emergence of "a" labor culture in the early twentieth century which rivals the church in its depth of well-developed ideas claiming the name of truth. I am convinced that there is such a thing as "working class religion" in this period. Even though it encompassed a wide variety of cultures and convictions, the radical labor movement also shared many truths about Christianity and justice, and evangelized them with the same fervor as their "betters" evangelized what they called "the" Gospel.
Email Post
Labels: ethnohistory janine New York religion and class religion and labor