Religion and the Cinematic Experience, or, Thank You Brent Plate

I’m teaching a course on religion and film with my friend and colleague Zack Godshall. Zack is a filmmaker and screenwriting professor. I am a religious studies professor. We’ve taught the course before. And we’ve produced a film together. Over the last few years, we’ve spent hundreds of hours talking about film and making a film. We know how each other thinks about the relationship between religion and film. The problem is translating our thoughts to the undergraduate classroom.

The following conversation with a former student gets to the heart of the problem: 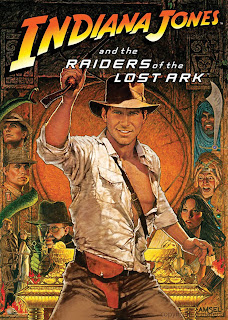 Student: So, my roommate told me he’s taking your religion and film class.
Me: Great! Can’t wait to meet him.
Student: So what are you going to make them watch? The Passion of the Christ? The Chronicles of Narnia? What?
Me: We’re starting with Raiders of the Lost Ark.
Student: Oh, I love that movie!
Me: And then we’re watching On the Waterfront.
Student: I don’t know that one.
Me: You’ve heard the phrase “I could have been a contender”?
Student: I think so.
Me: Well, that’s where it comes from.
Student: Hmmm… What else are you watching?
Me: [Reluctantly] Casablanca, The Passion of Joan of Arc, The Virgin Spring, Nights of Cabiria, Viridiana, Vertigo, The Searchers, Apocalypse Now; Aguirre, the Wrath of God; The 400 Blows, Ivan’s Childhood, and The Tree of Life.
Student: Oh [followed by a moment of silence].

Now, this student is incredibly bright. I think he’s the most intellectually curious student that I’ve taught in my short life as a teacher. But up to this point in his college career, to say nothing of his lifelong education in popular culture and Catholic schools, he’s thinking at least two things about the above films. 1. What do Raiders of the Lost Ark and Casablanca have to do with religion? And 2. Aside from Raiders of the Lost Ark and Casablanca, I’ve never seen any of these films and I recognize the titles of only a few.

Part of me recoils at a film list like this. Accusations of cultural snobbery and elitism are not unwarranted. Have you tried to watch 400 Blows recently, for the first time or the fifth time? It’s challenging. But part of me relishes the opportunity to introduce students to the history, artistry, philosophy, and techniques behind the production and consumption of films both art-house and Hollywood.

One of the chief responsibilities for teachers of film and religion, at least as I see it, is to encourage students to watch films like they’ve never (or rarely) watched them before. Escapism is not an option, unless we’re trying to understand how filmmakers manipulate content and form in ways that facilitate our escape into another world. This is why the title of our class is “Religion and the Cinematic Experience.”


Content is perhaps the easiest category for students to wrap their heads around. Brent Plate calls this the “spot-the-Christ-figure” method of religion and film analysis. It’s about looking for religion in film. Paired with the appropriate guidance on definitions of religion (ritual, symbol, myth, community, etc.), students can begin to supplement their inclination toward literary and theological analysis with theories of religious studies.


Form is much more difficult to explain to students, due in large part to the fact that my students are usually not artists or filmmakers. As someone who is neither a filmmaker nor an artist, I have the most difficulty with teaching form. Form is the general system of relationships between elements that we perceive (see and hear) in a film. Lighting, music, sound, angle, distance, frame, movement—these are all film techniques that artists use to elicit certain responses or experiences from members of an audience. For example, a common film form is montage, which usually refers to the unrolling of an idea with the help of single shots. But to get an idea of the theoretical conundrum that is form, Sergei Eisenstein takes montage a step further when he describes it as “an idea that arises from the collision of independent shots—shots even opposite to one another.” (Caveat: I tend to blur definitions of "form" and "style" from time to time, so my apologies to the film folks out there) 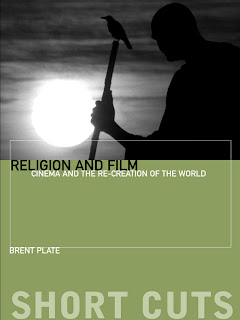 Suffice it to say that there are dozens of rabbit holes that teachers and students have to explore when studying religion and film. It’s here that I look to Brent Plate’s work for nearly all the answers. SERIOUSLY, I couldn’t teach a course on religion and film without him! Especially useful is his book Religion and Film: Cinema and the Re-Creation of the World (2009). Coming in at 112 pages and written in a lucid style, Plate begins the book with two basic premises: “films create worlds” and “religion and film are akin.”

In other words, according to Plate, religion and film “both function by recreating the known world and then presenting that alternative version of the world to their viewers/worshippers. Religions and films each create alternate worlds utilizing the raw materials of space and time and elements, bending each of them in new ways and forcing them to fit particular standards and desires…. The result of both religion and film is a re-created world: a world of recreation, a world of fantasy, a world of ideology, a world we may long to live in or a world we wish to avoid at all costs. As an alternative world is presented at the altar and on the screen, that projected world is connected to the world of the everyday, and boundaries, to a degree, become crossable.”

Here, we’re not just talking about religion in film, but film as religion. To reinforce this distinction, but also to demonstrate how both are at play in many films, watch the following clip from Theodor Dreyer's 1928 film The Passion of Joan of Arc. And keep in mind what Eisenstein said about montage. What a world...

So the table is set. The class is full. The syllabus is written. The first lecture is complete. Let the world-making begin.
Email Post
Labels: brent plate mike's posts religion and art religion and film/television religion and popular culture teaching films

kristian said…
I spoke to Brent about his book for New Books in Religion. You can listen to it here if you like (http://newbooksinreligion.com/2012/11/05/s-brent-plate-religion-and-film-cinema-and-the-re-creation-of-the-world-wallflower-press-2008/).
August 24, 2013 at 5:15 PM