A little over a month ago I paid a visit to the Archives of the Franciscan Province of the Sacred Heart in St. Louis.  We all have our own unexpected-archival-discovery tale - that time when we stumbled across something completely unrelated to our research but utterly exhilarating.  As I walked across the threshold of yet another musty basement archive, I was greeted by mine. 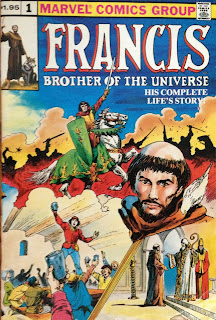 Cue theme music: Saint Fraaaaaancis…broooother of the universe!  Yes, believe it or not, Marvel Comics’ Francis, Brother of the Universe (Vol. 1, No. 1, 1978) is one of the legacies of Franciscan friars on the American religious landscape.  This set me thinking: how might I include comic books in a course on American religious history?  When many of us are seeking creative ways to engage our students in the digital age, one good old-fashioned paper medium might escape our attention.  (Not to fear, comics can be disseminated digitally as well!)  So, without further ado, here are my first four suggestions for including comics in American religious history.


1.  The Immigrant Experience
“You know, your angels look a little like superheroes.”
“Well, it’s a comic book.”
“This is what I’m thinking.”
“Jewish superheroes?”
“What, they’re all Jewish, superheroes.  Superman, you don’ think he’s Jewish?  Coming over from the old country, changing his name like that.  Clark Kent, only a Jew would pick a name like that for himself.”

Michael Chabon, The Amazing Adventures of Kavalier and Clay 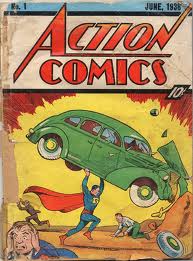 The first one might be the most obvious.  A number of prominent “golden-age” comic book authors and artists were first and second-generation Jewish-Americans – Jerome “Jerry” Siegel and Joseph “Joe” Schuster, the co-creators of Superman, among the most famous.  Siegel and Schuster’s iconic character embodied many essential elements of the immigrant experience, including the (re)creation of identity and fantasies of American-ness.  So, if you’re searching for a creative way to introduce your students to the religious ramifications of European immigration in the early twentieth century, look no further than Action Comics #1.  (Another alternative would be Will Eisner’s classic graphic novel A Contract with God, and Other Tenement Stories (1978).)

2.  The Comic Book Code of 1954
Public anxiety about comic books peaked in the decade following the Second World War, when many religious leaders presumed comics caused juvenile delinquency, crime, and sexual depravity.  Faced with mounting pressure and “evidence,” the Senate Subcommittee on Juvenile Delinquency convened hearings on comic books in 1954.  They warned authors and artists that, unless they self-regulated the content of comic books, Congress would be forced to institute bans.  The result was the Code of the Comic Book Magazine Association (1954).  Its opening lines proclaimed “the comic-book medium, having come of age on the American cultural scene, must measure up to its responsibilities.”  A number of the regulations will greatly interest American religious historians:

“Inclusion of stories dealing with evil shall be used or shall be published only where the intent is to illustrate a moral issue and in no case shall evil be presented alluringly, nor so as to injure the sensibilities of the reader.”

“Scenes dealing with, or instruments associated with walking dead, torture, vampires and vampirism, ghouls, cannibalism, and werewolfism are prohibited.”

“Ridicule or attack on any religious or racial group is never permissible.”

“Divorce shall not be treated humorously nor represented as desirable.”

“Illicit sex relations are neither to be hinted at nor portrayed. Violent love scenes as well as sexual abnormalities are unacceptable.”

This remarkable document speaks for itself and could be taught in a number of different contexts.  You could read it alongside the Catholic Legion of Decency and its influence on the Motion Picture Association of America as an exemplar of the religious regulation of public morality, or as further evidence of the religious revival of the 1950s, in tandem with the addition of “God” to the Pledge of Allegiance and American currency. 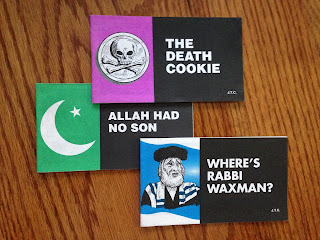 If you’re hoping to address the different ways evangelical Americans engaged popular culture in the twentieth century, one fascinating (albeit rather dark) example would be Chick Publications.  Jack Chick, a Californian evangelical, started publishing and distributing Christian comics in the Seventies.  His short books, about the size of an index card, vividly illustrate his premillennial dispensationalist vision of an America in severe decline.  Many of them also provide serve as examples of late-twentieth-century anti-Catholicism, anti-Semitism, and Islamophobia. They’re still in (relatively) wide circulation, so keep your eyes peeled in public restrooms and subway stations if you’re looking for a copy.  If you use them in class make sure to pair them with Jason Bivin’s Religion of Fear, which includes an incisive reading of Chick tracts (“‘Jesus Was Not A Weak Fairy’: Chick Tracts and the Visual Culture of Evangelical Fear).

4.  Religion in American Popular Culture
Over the past few decades, comic books have shifted from one of the gravest threats to all that is good and holy in the United States to arguably the most pervasive purveyor of religious imagery and allegory in American popular culture.  One needs look no further than this summer’s blockbuster Man of Steel (2013).  One reviewer makes a compelling argument that “the Superman of Man of Steel is the Jesus we wish Jesus would be.” 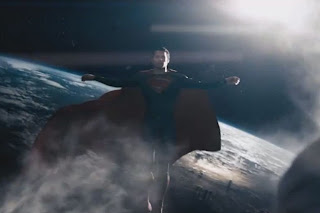 There is Christian imagery galore, “but Man of Steel is not Chronicles of Narnia. It does not express a Christian worldview. Instead, the movie critiques aspects of Christianity and God in general. Most Superman stories actually do: This god-like superhero has always been made to behave in ways God does not — or rather, in ways that contemporary peoples wish God would.”  And Superman’s not the only superhero who’s “got religion.”  Nowadays you can even engage in vigorous debate about the religious and denominational affiliations of all your favorite superheroes.  (Apparently the Batman is a lapsed Episcopalian.  Who knew?!)

Monica L. Mercado said…
Great stuff, Matthew! As you probably know, CUA has scanned the first decade or so of The Treasure Chest of Fun & Fact (link here) and I can't wait for an excuse to teach it someday. Should I cite the Isaac Hecker comic in my dissertation?

Since we're among friends, I'll also share that the Flying Nun comics are, like the show, pretty disappointing...
August 31, 2013 at 3:43 PM

Unknown said…
Glad to see attention brought to this area of study. Let's be internet friends, Matt. There's a decent little body of scholarly literature on comics and religion, as I'm sure you know. The edited volume "Graven Images" is a good place for folks to start.

I dare point out that all of these comics are full of images. Hence, one might also consider treating them as case studies in the visual culture of American religions. If we start reading comics as images first, we might come to some different conclusions about their role in religious communities... and it might reshape our understanding of the communities themselves. Please see my forthcoming dissertation chapter on early fundamentalist cartoons. :D
September 1, 2013 at 9:06 AM

Judith Weisenfeld said…
Great post, Matt. I'm about to use the CUA's archive of The Treasure Chest comics in a seminar this semester, so the broader context is really helpful.
September 2, 2013 at 3:20 PM

Unknown said…
This comment has been removed by a blog administrator.
September 3, 2013 at 8:43 AM

Unknown said…
Many great ideas here. I'd second Andrew's note about "Graven Images" as good place to start (I reviewed that for online journal Relegere). Also good under immigrant experience would be the use of the Amar Chitra Katha comics by south Asian immigrants. Karline McLain's book is good there.

Also, something on comic book bibles, they ways scripture is re-presented in comix of word-image.
September 3, 2013 at 8:45 AM

Matthew Cressler said…
I'm happy to see that this post resonated with people. It is a pet project/passion of mine, to be sure. All of these suggestions are great ones and I will definitely need to check out _Graven Images_, not to mention forthcoming dissertation chapters! And I look forward to future conversations on American religion, visual culture, comic books, and the denominational affiliation of superheroes on the blog and hopefully at the AAR and AHA!
September 3, 2013 at 9:18 AM