While some universities and colleges began the fall semester last week, Florida State University starts up tomorrow. The combination of this and the summer’s 50th anniversary of the Abington School District v. Schempp decision (the identification of mandatory Bible readings in public schools as unconstitutional) have put religion and school on my mind. While religion and the school system is not my area of expertise, as someone interested in history I enjoy thinking about what it would be like going back to school back in the past one hundred, two hundred years ago and how various understandings of things religious would be presented in the classroom. 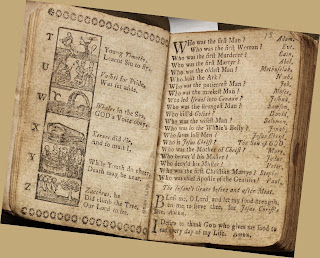 If I was a child in the northeastern colonies in 1730 I would have learned reading and spelling with the New England Primer. Biblical characters and stories filled the pages, and God’s plans for humanity were part of the lessons. Tracy Fessenden’s masterful Culture and Redemption argues how a certain breed of protestant culture is entrenched in American notions of the secular, and she used the New England Primer as an example of this. She demonstrates how the book “rewrites Puritan origins as innocently untroubled by Indian conflict” and parallels the vanishing of Indians to the Primer’s conception of the nation’s maturing. The Primer also possessed a strong anti-Catholicism. Learning about the “Man of Sin, the Pope” was as important as mastering one’s letters. I would learn to view my neighbors in New France as papists who failed to understand righteousness. Growing in intellect went hand-in-hand with developing one’s Protestant faith. No wonder the Quebec Act would be listed as one of the Intolerable Acts of 1774. 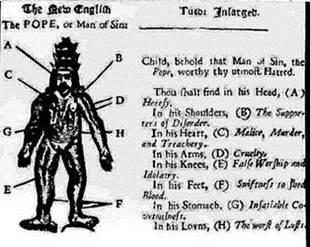 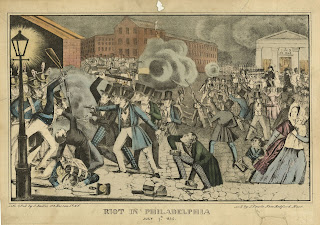 If I were a child in Philadelphia in the early 1840s, the King James Bible would have been a key part of my reading lessons. For many local Protestants, this would be seen as part of standard child-rearing and as a good mode of instilling children with solid civil and moral values. Catholics would disagree and identified the KJV’s place in common schools as sectarian and intolerant. These disagreements, amped up by nativism in general, came to blows in the summer of 1844 complete with arson, street fighting, and the death of seventeen people. This riot is part of what we call the Bible Wars, and the way a Philadelphia child would have understood the conflict, what it meant for American liberty, and what was right for schools hinged upon one’s denominational orientation. The KJV was both an agent of patriotism and liberty or an agent of religious tyranny. 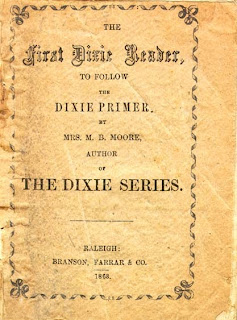 If I were a child in North Carolina in 1863 I might have worked with The First Dixie Reader as my reading level developed. Lessons included reciting “Who made you, child? God made me of dust. For what did he make you? To be good, and to do good” in Lesson III; “Wise men look through a large glass, and tell us that these small stars are as large as our sun. How great God is! He holds them all by his might, and makes them run their rounds” in Lesson XX; and “The eye of God is upon us all the day long. If you think a bad thought he knows it. If you do a bad thing he sees you. You cannot deceive him” in Lesson XXIX. The power of God knew no bounds in these lessons. As the lessons increased in reading difficulty, they increased in comprehension level as well, going from recognizing that one was a child of God to learning about judgment. Intermixed among these lessons of God’s power were those which cultivated pride for the southern way of life. Following the lesson on judgment and doing right in Lesson XXIX came an eight line story of Uncle Ned, a “good old darkey” who preferred to live with his “kind master” rather than take the freedom the “Yankees” offered him. The lesson's dialect even changes when Ned speaks. In their reading lessons, children learned the power of God alongside the assumed kindness of slavery. 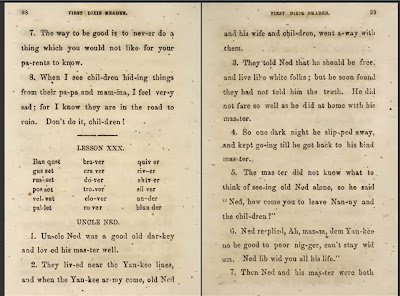 Showing students in my introductory level Religion in the U.S. course how people perceived the proper relationship between religion and schools at various times in America’s history is usually an exercise rich with discussion. Thinking out loud with them about how and why these choices for school reading material would be regarded as appropriate or as problematic in any given time and place helps them map out various and changing ideas about religion and public space. Happy back-to-school everybody.
Email Post
Labels: back to school books emily's posts religion and public life religion in schools