The Zombies Are Coming! 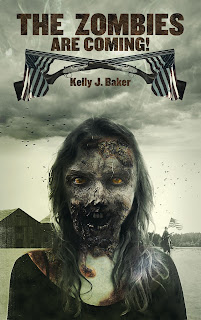 "How do we know they are coming?"--Karin Lane (Mireille Enos)

Zombies are everywhere. Brad Pitt battles them in the film adaptation of World War Z.  AMC's The Walking Dead follows human survivors in a post-apocalyptic zombified world. You can download Plants vs. Zombies for your smart phones, or be chased by these monsters for 5K fun runs. Zombies, particularly portrayals of the zombie apocalypse, are also my current area of research as I have mentioned before (how an American religious historian comes to study zombies is another matter entirely).

Recently, I had the opportunity to think and write about zombie apocalypses for beyond my usual audience of fellow scholars. Bondfire Books approached me about writing about zombies for a general audience, and the result of our partnership is my ebook, The Zombies Are Coming! The Realities of the Zombie Apocalypse, which is now available at Amazon, Barnes and Noble, and iTunes. My goal for this project was to interrogate how the zombie apocalypse shifted from fantasy to possible reality for some Americans. Thus, I examine government and civilian emergency preparedness campaigns, doomsday preppers, guns and ammunition created for the destruction of the undead, zombie shooting targets, and a spate of cannibalistic attacks. All of these case studies lay the groundwork for me to show how zombies emerge as real threats rather than Hollywood monsters. The fictional becomes the actual. This is the only the beginning of my work on zombies, apocalypticism, and American religions, so I welcome any feedback. If the zombies are coming, somebody has to study them. (Though, I will probably be eaten.)