Skip to main content
Labels
Posted by Paul Harvey May 14, 2013

Arab and Jewish Women in Kentucky

Today's guest post comes from Rosie Moosnick, author of the book Arab and Jewish Women in Kentucky: Stories of Accommodation and Audacity (University Press of Kentucky, 2012). 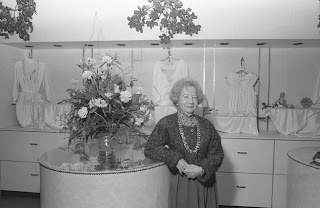 Kentucky isn’t the first place that comes to mind when talking about Arabs and Jews.  Not surprisingly, when I mention my book, Arab and Jewish Women in Kentucky:  Stories of Accommodation and Audacity, initial responses go something like there are Arabs and Jews in Kentucky?  Can’t be many?  No, Kentucky’s population does not resemble New York’s or Michigan’s where Arabs and Jews abound, but Kentuckians who are also Arab or Jewish exist even if comprising less than one percent of the 4 million of the State’s total residents.  Arab and Jewish Kentuckians’ stories are telling—the women’s, in particular, represent the intricate identity dances that transpire away from urban locales in this country and the Middle East.

There are contemporary women such as Sawsan Salem who is a little over a twenty year resident of the United States, originally from Jordan, she followed her Palestinian American husband to America.  Sawsan, like so many recent immigrants, is two places simultaneously.  She is in Kentucky but never far removed from Jordan—paying attention to both spots.

Kentucky was the third stop on her American tour previously living in Chicago and Cleveland.  She finds Kentucky to her pleasure because the Muslim community is religious, close-knit, and international.  Yet, she’s concerned that her children meet other Muslims and tries to allay their concerns when they inquire, “Where am I going to meet someone?” Trips back to Jordan offer some hope for her children’s future marital prospects.

The Muslim community is always with Sawsan, even in Kentucky and at her former work place in the mall, Victoria’s Secret.  A steady flow of Muslim customers came to her, women seeking advice and men instruction on what to buy for their loved ones.

Holding onto one’s identity is one response to being away from the Middle East or urban locations.  Distancing yourself from your ethnic/cultural peers may be another.

Hopkinsville, KY—over fifty years.  They never married nor had children.  Instead they ran the family business, Arnold’s, a high end women’s clothing store.  They fancied themselves to be above and beyond Hopkinsville even though they thrived there.  They instructed their only nephew, “Don’t bury me in Hopkinsville.”  Yet, in Hopkinsville they dressed important military dignitaries’ wives whose husbands were stationed at Fort Campbell including General Westmoreland’s.  Francis Breathitt, the governor’s wife, turned to them for fashion help when choosing a gown for her husband’s inauguration in 1963.

Despite success they longed for New York because they likened themselves to be of Jackie O’s ilk, not small town Kentucky.  Aspiring for urbane sophistication, they also fashioned themselves to be unlike shetl Jews.  They didn’t shun being Jewish.  They travelled the hour and half to Nashville on the High Holidays to express their devotion and they traded discounts with the other Jewish merchants in town.

But being Jewish did not interfere with being sophisticated.  Sarah had her nose redone, toyed with converting to the Episcopal Church, and served shrimp at their cocktail parties.  Ironically, despite her tricky relationship with being Jewish, Sarah went to western Kentucky churches to talk about what it meant to be Jewish.

In Kentucky, complicated stories involving both owning and distancing oneself from one’s group of origin occurs and did occur in the past.  Simone Salomon, for instance, owns her Jewish-ness.  “It’s the first thing that I think about myself.  Is that I’m Jewish.”  Lebanese Rose Rowady, meanwhile, during the Great Depression and amidst KKK activity in central Kentucky brushed aside attachment to her Lebanese roots and instead aspired for her children to simply make it financially.

What is curious is that an individual woman’s particular identity response speaks to other women, namely, Arabs and Jews.  Who can’t be moved by the acute observational skills Rose Rowady displayed in small town Kentucky in the 1920s where she watched Klan parades, taking note of shoes she recognized.  Connections between Arabs and Jews, despite tensions that bedevil them even in Kentucky, emerge by way of women’s stories.
Email Post
Labels: american judaism Islam in America migration religion and immigration southern religion

rjc said…
Thanks for this, Professor Moosnick! I look forward to reading your book, which will sit on my bookshelf right next to Deborah Weiner's *Coalfield Jews: An Appalachian History.*
May 14, 2013 at 12:30 PM