Why I Like Larry Flynt Better than Hugh Hefner 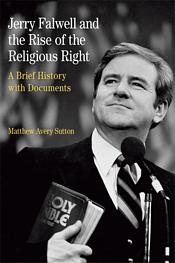 I have a new text coming out entitled Jerry Falwell and the Rise of the Religious Right: A Brief History with Documents as part of the Bedford Series in History and Culture. This was a fun book to write—essentially I got to put together a greatest hits list of players and ideas that formed the modern Religious Right. I also had help. Bedford takes their books seriously, which is reassuring as more and more presses seem to be cutting corners. They subjected the book to nine—NINE—peer reviews. Reviewers included blogmeister Paul Harvey (Paul’s review was not positive enough to merit a cover blurb but he did cost me $250 insisting that the Falwell waterslide image be included—thanks Paul, for nothing); fellow RiAH bloggers Steven Miller and John Turner, and friends of the blog David Sehat and Dan Williams all offered helpful suggestions among other great scholars. 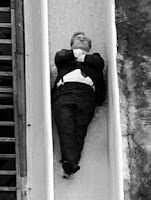 Miller, however, led me astray by encouraging me to use an absolutely amazing 1977 Playboy interview with Anita Bryant. Getting it was a challenge—it turns out that here at WSU Playboy microfilm is hidden behind the counter (it takes some work to find it since it is not filed where it is supposed to be) and in order to check out a roll of film you have to leave some collateral with the staff to make sure you don’t steal it. For some reason they do not have the same requirements for checking out Christianity Today.

Unfortunately, we could not get permission to use it. Apparently Hefner plans to reprint the interview himself sometime soon, and since we share such a large audience—Playboy readers and history students—he was afraid of a little competition from me.


I also used Larry Flynt’s moving obituary for Falwell. Flynt gave me permission with no problem at all. Thanks Larry!

Here is the TOC for the book:

The book will be available in October for Spring classes. Get your orders in!

Paul Harvey said…
You're most welcome, Sutton, always glad to lighten your wallet (next time, skip the image and just send me the $250 directly, k?).

Do you think this will open doors for you to be Liberty's next commencement speaker, following in the hollowed steps of Beck and Romney? :)
July 26, 2012 at 5:30 PM

Matt Sutton said…
Thanks guys. Mark--I don't think race was the ONLY factor leading to the rise of the RR, but it was certainly one of a small handful of primary causes.

Mark T. Edwards said…
I agree entirely, Matt, sorry if I implied otherwise. It's just good to see it listed as one causative factor, since it is so often ignored and/or understated.
July 27, 2012 at 8:27 AM

Curtis J. Evans said…
Looking forward to purchasing this text. I love the Bedford series. Have used several of them for my classes. Seems like another excellent addition. Thanks, Matt.
July 27, 2012 at 9:39 AM

Randall said…
Looking forward to getting a copy. Nice to see how you laid out the book. But . . . I'm a little disappointed that there's not a whole chapter on Jack Chick tracts!
July 28, 2012 at 5:54 AM

Randall said…
Looking forward to getting a copy. Nice to see how you laid out the book. But . . . I'm a little disappointed that there's not a whole chapter on Jack Chick tracts!
July 28, 2012 at 5:55 AM

Randall--I would have given Blum's left arm to include a Chick tract, but they have never granted anyone reproduction permission and they ignored my requests. You would think they would want to spread their love?
July 28, 2012 at 9:16 AM

Bobby said…
Looking forward to the Carl McIntire chapter. I wrote my MA thesis on his protest of the Civil Rights Movement between 1960 and 1964.