The Church of Donna Summer 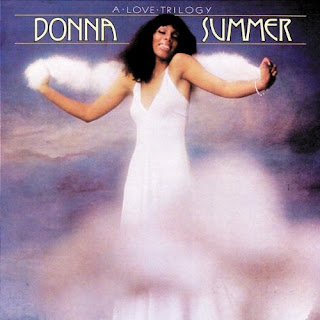 News of the death of disco diva Donna Summer broke just as I was finishing my review copy of Pop Cult: Religion and Popular Music, by British popular music scholar and musician Rupert Till.  Summer plays a small but not inconsequential role in Till’s book, which argues that popular music has established itself as the functional successor to organized religion in the postmodern era (or as Till frequently writes, “liquid times.”)  He has a nicely varied background for researching this project, from singing in church choirs and attending Pentecostal services to becoming a cultish teenage fan of Adam Ant before working as a “DJ, musician, promoter and clubber” in Electronic Dance Music Culture (EDMC)--a scene that Till traces to Summers’ pioneering techno music collaborations with Giorgio Moroder that yielded such disco anthems as “Love to Love You Baby” and “I Feel Love.”

Perhaps because it’s the scene he knows best, Till finds in electronic dance music the strongest support for his thesis that pop music cults are actually fertile New Religious Movements for youth turned off by traditional faiths:

“EDMC spirituality involves many elements including the creation of sacred spaces; the emulation of images of heaven using clouds of smoke and moving lights; out of body, otherworldly experiences; opposition and transgression; subcultural authority and authenticity; ecstatic journeys; ritual possession trance practices triggered by dancing, drugs and music; no reference to an external deity that has an absolute right to obedience; and the replacement of priests by DJs, drug dealers and promoters whose jobs are to facilitate and enhance the mystical experiences of clubbers.” (162)

The book develops its argument through a broad-brush overview of British and American postwar popular music, with chapters on sex, drug cults, pop stars as cultural icons, the emergence of virtual bands, death cults, and the importance of locality in music scenes.  Along the way he touches down for more extended discussions of the Beatles, Madonna, Prince, cock rock, Britpop, death metal, and Gorillaz (no mention of hip-hop).  Much of Till’s material will be familiar to anyone with a passing knowledge of rock’n’roll history.  I frequently felt bogged down by anecdotes and excessive block quotations, a meandering and redundant structure of argument.  (Not to mention more comma splices than I’ve seen in any published work.)  Till seems to have a hard time knowing when he’s written enough to establish a particular claim.

And he’s missed the musical transformation of evangelical Christianity.  “The Christian church is so culturally out of touch with the rest of popular culture and society in the West,” he writes, “that it still considers hymns that are relics of Victorian religious practice, in some way significant, and the leaders of such religious groups seem to prefer that their church die than keep in touch with contemporary culture.” (169) This may be true of England but certainly not the States.

Back to Summer: Not surprisingly, she first learned to sing as a girl in church (she grew up in the Dorchester neighborhood of Boston) and, maybe less widely known, crowned her towering dominance of the disco era by becoming a born-again Christian in 1979, just about the same time as Bob Dylan.
Email Post
Labels: music new religious movements religion in civic life reviews stowe's posts