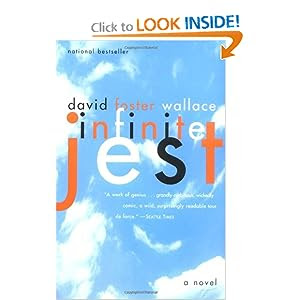 By chance a couple of fine pieces about David Foster Wallace passed my way over the past few days; and more than just about Wallace (and appropriate for the wide-ranging and philosophical/quasi-religious writer), they suggested to me an awful lot to reflect on about the nature of love, companionship, solitude, and the “endlessly interesting hazards of living relationships.”

First is David Masciotra’s “The Ferocious Morality of David Foster Wallace,” at popmatters.com (HT Scott Poole). The first part of this essay focuses on Wallace’s short non-fiction essays, where I have connected with him most, the fiction being just a little too bewildering for me to take in:

Wallace examines how the entertainment ethic is corrosive and destructive to an important, and perhaps sacred, part of the human experience. He did it with subtlety, humor, and complex insight. He wasn’t a fire-and-brimstone preacher, but it’s impossible to read [his essays] . . . without mourning the damage inflicted on sexuality, animal rights, and politics by the popular belief that nothing is intrinsically important, that nothing is sacred, and that everything is fair game for measurement according to the market-driven calculation of the lowest common denominator in the entertainment for entertainment’s sake world of decision-making.

Wallace’s application and assignment of dignity was the polar opposite of big business, big government, and big media. The bathroom attendant’s life [in a short story collection] was boring, inglorious, and at times, humiliating, but it might benefit us to consider how his life may be more respectable that that of a brilliant millionaire. It’s a very Christ-like worldview that places someone that everyone walks by in a room built to hold and deposit human waste at the moral center and a contemporary superstar at the periphery.

But an essay that struck me with tremendous force is the piece by Jonathan Franzen in last week’s New Yorker, “Farther Away: ‘Robinson Crusoe,’ David Foster Wallace, and the Island of Solitude" (the link is just a short summary and a few nice quotes; you'll need to get the mag. to read the whole).

I’m not particularly a Franzen fan or follower, so I expected to skim this particular piece, be a bit amused and annoyed as I often am by his shorter pieces, and then move on, little affected one way or another.

Instead, I was moved, nearly to tears, by Franzen’s tale of secluding himself on the island far off the coast of Chile which inspired Daniel Defoe’s Robinson Crusoe. What appears at first to be a light New Yorker comic adventure tale (novelist meets wilderness, pratfalls ensue, wilderness wins, novelist learns that wilderness not all cracked up to be) soon leads to some fascinating explorations of the origins of the novel, and the novel’s connections to both psychological solitude and group entertainment – “the self had become an island, and now, it seemed the island was becoming the world.” These reflections then take Franzen to grappling with his unresolved feelings and anger over how and why his novelist-friend Wallace “killed himself in a way calculated to inflict maximum pain on those he loved most.” Somehow, the three tales of physical, historical, and psychological solitude come together into a powerful whole.

Franzen makes sense of Wallace’s final act in part through thinking about the role of the devil in The Screwtape Letters (which, according to Franzen, was one of Wallace’s favorite works, a surprise to me), and also “The Grand Inquisitor” of Dostoevsky. Only the kinds of internal dialogues carried on by the part of Wallace that Franzen “distrusted” could have taken “the person away from us and made him into a very public legend”; and only “in the act of making that legend Wallace could satisfy his own self-loathing “hunger for career advantage”; and yet, “because it would represent a capitulation to the side of himself that his embattled better side perceived as evil,” the act further confirmed “the justice of his death sentence.” The terrible irony was that “to the extent that each of us is stranded on his or her own existential island . . . we gratefully seized on each new dispatch from that farthest-away island that was David,” even despite the “near-perfect absence, in his fiction, of ordinary love,” replaced instead by “characters scheming to appear loving.”

The first piece is a fine exploration of how, in Wallace's view, "everyone serves something" (his take on Bob Dylan's "Gotta Serve Somebody."). The second piece chilled and moved me more than anything I've read this year, or just about in any year. Franzen's reflections on the part of his friend that he distrusted made me remember, sadly, these sentences, from a 2008 commencement address of Wallace's which got widely reprinted:

The really important kind of freedom involves attention and awareness and discipline, and being able truly to care about other people and to sacrifice for them over and over in myriad petty, unsexy ways every day.

That is real freedom. That is being educated, and understanding how to think. The alternative is unconsciousness, the default setting, the rat race, the constant gnawing sense of having had, and lost, some infinite thing.