Religion and the Founding of Virginia

Rebecca Goetz and Lauren Winner have convinced me that historians have long had some ahistorical assumptions about the role of religion in colonial Virginia. (And, when many are 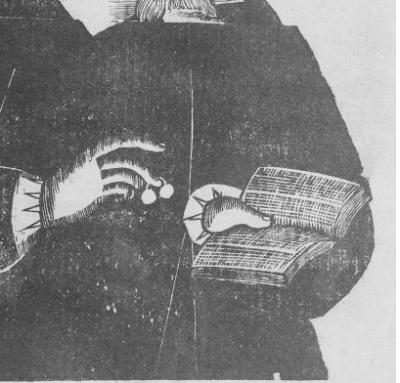 teaching on a subject that is well out of their field--me included--they tend to dust off the old fables and retell them as fact.)

Of course, there are glaring differences between the Mass Bay Colony and Virginia. When you look at the number of churches per colonist in the 17th-century North and South, things take on a different cast. What about devotional reading? Baptismal records? The training of ministers? Reading from a range of institutional evidence, historians have tended to downplay religion in 17th and early 18th-century Virginia. Virginians were not all that interested in God or piety, so it goes. They left pious fancies to Puritans and Pilgrims, Yankees in the making, up north. Virginians cared about making a profit and maintaining their aristocratic order. That echoes Louis Philippe's famous 1835 letter to Charles Gayarre:

I do not wish to be a prophet of evil, but you, as a people, have conflicting interests and ambitions and unappeasable jealousies. You have the Puritans in the north and the Cavaliers in the south, Democracy with its leveling rod, and Aristocracy with slavery raising its haughty head in the other section and creating a social elegance, a superiority of breeding, and race, which must incite the intense hatred of your antagonists. Hence deadly conflicts, political convulsions and social transformations.
The June issue of Historically Speaking, now up at Project Muse, features an essay by Lorri Glover on "Faith and the Founding of Virginia." It's instructive on the matter and has helped me rethink religion in the Old Dominion. (I especially like that one of the questions behind all this is "what counts as religious?") The first migrants to the Virginia Colony, says Glover "were not as pious as their New England neighbors (although they were far more religious than scholars typically acknowledge)," writes Glover. A couple of interesting, longer passages well illustrate Glover's argument:

But certainty about God’s omnipotence imbued the early modern English worldview. Most 17th-century English men and women believed that God and the devil operated in the world. To these early moderns, a place perceived as dangerous—like Bermuda—was logically diabolical. Likewise, safety and bounty were gifts from God. For the castaways, it only made sense to see their situation in that providential context. Moreover, Protestant faith—and its corollary, virulent anti-Catholicism—had suffused the fundraising campaigns of the Virginia Company from its inception. Promotional writers in the employ of the company and ministers who saw Virginia as the main chance to beat back Catholics in the New World sounded the same note. They promised “adventurers”—the term designating both those who wagered their lives and those who staked their fortunes—that their efforts would bring true religion to the Native

Americans and glory to their God and nation. . . .

Most historians have either ignored the role of faith in England’s earliest westward forays or dis- missed it as cynical campaigning for investors and migrants. But the language of religious conviction in the sources, particularly after word of the survival of the Sea Venture voyagers reached London, is simply too widespread and too forceful to dismiss. And this religious discourse inspired people to risk their lives and fortunes. Hence the religious dimension says a great deal about English values.

To discount the role of providential thinking and of religious faith in these choices is to miss a vital part of the story. Few today would believe that God orchestrated the hurricane, the wreck on Bermuda, or the meeting of De La Warr and Gates. But the evidence from the era—the private writings of Virginia Company leaders, the reminiscences of castaways, colonists’ letters, sermons, broadsides, and promotional tracts—is convincing on one count. A significant proportion of men and women engaged in Atlantic colonizing saw the hand of God in their endeavors. To substitute our perceptions for theirs is flawed on a myriad of levels and ignores what we all know as historians: that it does not matter what is so, it only matters what people believe is so. read on>>>
I'm looking forward to reading Jon Sensbach's forthcoming book on religion in the colonial South. Now, how can I make all this seem coherent enough to students?
Email Post
Labels: randall's posts religion in colonial America virginia