It's summer, which means fiction and sunshine, but I am teaching summer session. This means less fiction and sunshine, and more of a focus on my own teaching style and what I cover. These days I find myself more and more concerned with how to teach gender in American religious history. Every semester, I teach gender as a crucial point of analysis for religious studies, American studies and American history. This should not be surprising and/or novel. As my current students note, most of their humanities classes at least have a section or sub-section on gender (which is a post for another day altogether). When I first started several years ago as a graduate student, I didn’t feel like I was a revolutionary, rather, I feared that my students were “so” over emphases of gender and race. We debated what gender is/was, its construction and its deployment in larger culture. Moreover, I pointed out how religion constructs and reconstructs gender and places important emphasis on men’s and women’s bodies. Religion also defined our gendered ways in private and public—who could preach or could not? Who could lead? Who was more spiritually pure? Who has divine support and who asks for divine support? Who we can marry or cannot?

Religion defines men and women in intimate and powerful ways. But, class debates and my lectures on gender theories don’t always make these topics approachable for students. Gender emerges as something academic and distant rather than something personal and tangible. Ann Braude noted the still potent and important fact “women’s history is American religious history.” But, how can you convince students that gender matters historically and today in interpretations of religion and American culture? I assign excerpts from Robert Orsi’s Thank You, St. Jude and Marie Griffith’s God’s Daughters, which showcase the power of gender relations and the complicated place of the divine. Yet again, I wonder how “real” this seems to students. My teaching approach to gender and religion has become much more personal and face-to-face. No, I don’t recite my own spiritual autobiography, which is terribly dull, nor do we sit together and talk about our experiences with gender. Instead, I make myself into a guinea pig.

My approach to gender is an adoption of Amy Koehlinger’s approach to gender in her undergraduate classes. It is deceptively simple: she allows students to “gender” her. She bravely stands in front of the room while students sometimes politely, and occasionally not, point out how well she performed gender. Perhaps because I am a masochist or perhaps because I thought I could handle this, I became a guinea pig for my classes. Amy warned me that this exercise was not for the faint of heart, but my confidence outweighed my common sense. With some poking and prodding and a tiny bit of introduction, I let my students “gender” me. That first class in which I allowed critiques of my gender “performance” is unforgettable. (Please note how much I rely on Judith Butler here, but I also employ Erving Goffman, too.)

Students shouted comments ranging from flattery to obscenity at me, and frankly, I am amazed that I continued to do this teaching practice. It truly is not for the faint of heart. Most people don’t have their gender performances scrutinized by 50+ students, at least not in such an open and obvious way. And I still have to gird my confidence before I present myself to my classes. (I also make it easier for them through costume and makeup—a pencil skirt rather than pants, high heels as opposed to my favorite sandals, a bold floral print top, jewelry and accessories and more make-up than I tend to wear. One student from this semester stated very nicely that I didn’t quite look like myself.)

Comments range from my masculine glasses to my (then) long hair to my obviously un-feminine outspoken and sarcastic nature. A student, several semesters later, would claim that I couldn’t be feminine because I didn’t show “enough” skin. What I didn’t realize was how much I would learn about gender from my students. Gender, it seems, was also fairly abstract to me until confronted by their analysis of my way of being in the world. Gendering me allows my students (hopefully) to “see” the place of gender in the religious movements and people we study. It also makes clear that cultural assumptions that run rampant about what it means to be feminine and/or female in America. My students usually pin me as “girlie,” which has some truth, and “outspoken,” which tends to be synonymous with more masculine. Often, the commentary runs along the line of “you look feminine but act masculine.” Though with more frequency than I am comfortable with, students seem to place me firmly in the feminine range.

While it usually takes a couple of days for my ego to recover, the “gender me” approach seems to make gender as a category of being and as a category of analysis more apparent to my students. Some might just find this to be a fun way to get out of lecture. I remain hopeful that they agree with the significance of gender in our day-to-day lives, but more importantly, that there is something at stake in how a person is gendered by society and religion. Our contact with the divine, or lack thereof, also reflects the intimate ways we adopt gender but also how we are gendered my larger forces. If critiquing my gender performance gives students more tools to interpret Orsi and Griffith, then my ego can take it. But my ego can also take it, if they have a bit of pause about what they wear, why they wear it or what it communicates about them. Gender impacts religious history. The sacred is not gender neutral, so knowing how religion defines the world between women and men and other categories of gender is important. Again, I am not a revolutionary just a guinea pig with a penchant for American religious history, Judith Butler, good shoes and pixie cuts. 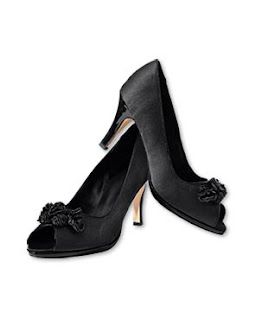 Michael J. Altman said…
Kelly, this is a great post! It provokes a whole host of questions. How would the experiment go over with a male professor? Or a gay professor? Or outside of the South?

It seems to me that women may already have their "gender performance" more publicly scrutinized than men and so having a woman professor act as a guinea pig works much different than if a man did it. But who knows? I'd love to hear about a man professor trying it.

Another thing the gendering experiment does,it opens up the ways gender is always tied up with race, class, religious identity, etc. By putting yourself out there as a guinea pig you give students a chance to see how pulling on gender begins to unwind these other strands of identity too.

Quite frankly, I don't know that I have the guts to try this. But, like your students, it has made me think more about my own gender performance.
July 30, 2010 at 11:38 AM

Kelly J. Baker said…
Mike, I always wonder if I am able to get "away" with this because of the cultural scrutiny women face already. I tend to play around with the sound of my voice and my posture to get my students to tell me how gendered those types of things are. Interestingly enough, sexuality always comes up, and my students are CERTAIN that I am heterosexual.

I am not sure I know of any men professors who do this exercise but it would be really helpful to compare how students approach "gendering" men as opposed to gendering women. Some of my students tell me that no man professor would even allow this as an option, which strikes me as fascinating even though I am doubtful about their assessment.

Also, I also pulled this stunt, I mean, teaching strategy in New Mexico, and my students there said similar things to my students in Tennessee and Florida. Though, I did teach gender like this while pregnant, which makes for whole other kind of experiment.