Recently, I’ve been collaborating with a small group of scholars on a digital humanities project. As is often the case, we’ve got lots of experience in the humanities—folks from across the disciplinary spectrum of the liberal arts—but hardly any grasp of the technical computer skills necessary to produce a website that meets the incredible standards of today. I’m the only historian of religion involved in the project, which, without getting into the details, focuses on antebellum America. Aside from the many things I’ve learned about xml-this and tangible-interface-that, I’ve also become familiar with the variety of digital humanities initiatives at universities, archives, libraries, and other academic organizations around the country. You don’t have to be a rocket scientist to recognize the potential for digital scholarship to transform the way we conduct ourselves as historians in the not-too-distant future. And yet, from what I can gather, there aren’t many folks in the field of American religious history who are at the cutting edge, or even the margins of digital scholarship.

There are plenty of good explanations for why most historians of American religion (and most historians in general) don’t involve themselves in digital humanities projects. First, there is a rather wide disciplinary gulf between computer people and humanities people. Effective communication and working relationships are rare. Truly hybrid scholars are even rarer. Second, the costs for starting a digital humanities project are astronomical compared to the typical research budgets of individual scholars. An NEH Level-1 s 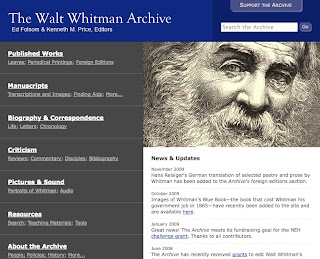 tartup grant, for instance, runs upwards of $25,000, while a Level-2 grant reaches $50,000. But when you’re looking at hiring consultants, traveling to conferences, hosting conferences, and paying graduate students to do the “dirty” work of inputting data—all for a measly prototype version of the still-imagined final product—there’s really no way of knowing how much everything will finally cost. Third, there’s the question of tenure. The framework for peer-reviewing digital humanities materials isn’t quite settled. The online scholarly organization NINES (Networked Infrastructure for Nineteenth-Century Electronic Scholarship) is one of the most respectable outlets committed to the production, collection, and dissemination of information about the digital humanities. For access to NINES’s scholarly projects, click here. For information on its review policy, click here. And for further readings on the digital humanities field, click here. You can also go to the website of the Alliance of Digital Humanities Organizations.

Below, you’ll find a short list of digital humanities projects out there. You’ll notice that some are more or less interactive than others; some resemble traditional archives while others incorporate more visualization tools; some are better suited for the classroom while others are strictly research oriented; some are prototypes and some are final products; some are free access and some require subscription; and some are already relevant to the study of religion in the United States. You’ll also notice how important it is for digital projects to have institutional and university support. Prepare to feel left in the dust.

University of Virginia’s Institute for Advanced Technology in the Humanities 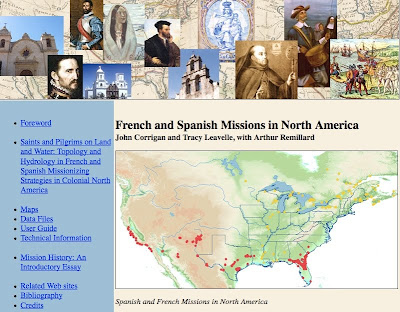 French and Spanish Missions in North America (This is one of the few sites directly related to religion in America. Our very own Art Remillard was one of its creators!)

Gary Rowe said…
You have identified issues that we are addressing at the newly forming Institute for Religion and Communication, an organization affiliated with the graduate schools of the Atlanta Theological Association. There are now powerful, inexpensive tools for creating digital projects and object-oriented software to create courseware easily, delivered via the internet. I'm interested in learning more about your endeavors. We want the Institute to be a lighthouse for new opportunities,
March 9, 2010 at 2:52 PM

Howell Williams said…
Love the post Mike! I've crossed to the tech side of the humanities (as well as other disciplines) and find it absolutely thrilling as well as challenging. I am always pleased to learn how innovative history professors are incorporating web resources such as the ones you listed into their courses (and online courses). I am also surprised how many people don’t leverage these resources. Thanks for getting the word out.
March 9, 2010 at 4:28 PM

Randall said…
Mike: Thanks for these links and the thoughtful commentary. I looked around several of them. The Jamestown site will work well the next time I teach colonial America.
March 9, 2010 at 8:22 PM