Why Don't Catholic Bishops (and lots of other religious leaders) Care About Healthcare?

Paul Harvey
Of course many do, but not all that effectively or cogently, as Frances Kissling explores in this article. (Update: Maybe more do than I had heard about, as a comment on this post points out; see http://www.usccb.org/healthcare/).
Have I missed something, or has the religious voice been notably muted in discussions of the
moral and financial trainwreck that increasingly looms for our health care system? T. R. Reid spanned the globe to survey health care systems, trying to figure out how and why we're the only place that doesn't guarantee some minimum standard of basic services for everyone (aside from the emergency room, where we all get to pay way more for less); it's coming out as the book The Healing of America. His conclusion: there are lots of ways, privately and publicly organized, to provide basic services for all. France does so through a fee-for-service scheme, and their pro-family maternal/paternal leave policies put ours to shame. Maybe the Family Research Council should send their folks over there to observe and learn. 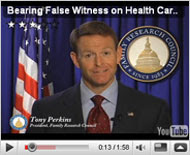 Update: Apparently the Family Research Council won't be available for this outing, as they are instead organizing do-it-yourself town hall meetings for churches. They have put together a kit for churches, including a handy-dandy "sermon starter" with this suggested opening salvo by the pastor: "This morning I am going to take on a hot topic: the government takeover of health care." I'm glad to see they're going to get pastors to discuss this subject with accuracy and insight from the get-go. The sermon is to include material on how the public would be "compelled" to pay for abortions, even though this is in fact not correct -- "while the bills in Congress allow for coverage of abortions, they do not require taxpayers to finance them." On that government takeover thing -- since Michael Steele of the Republican Party now wants to pass a "Medicare Bill of Rights" even while he leads the party leading the charge against "government-run health care," will the FRC denounce this proposed Republican protection from any change or amendment to this government takeover of health care? Just askin'.
The Washington Post blog On Faith takes up the issue of the religious voice in health care reform, with reflections from multiple religious (and agnostic/atheist) perspectives. It's worthy, albeit frustrating, reading. Their views evidently haven't found their way to many, or any, town halls. Here locally in Christian land, our "debate" has consisted of loud monologues shouted at our House Rep. (Doug Lamborn, a 2nd-term Republican) from agitated citizens there to stop the "Communist" plans of Obama, and shouting down the few who show up at these things to raise any other view for consideration. Lamborn, a strong pro-lifer, feels that the problem of the un- and under-insured, the pre-existing conditions exclusions, and so on, are just figments of the imagination. Once again, "pro-life" stops at the womb. After that, you're on your own, baby.
As for those religious leaders who pronounce about family and morality -- mostly not a word, except to egg on the whoppers about death panels, about how the "uninsured" are all just nice healthy young people who choose not to have insurance, about how "the market" will magically solve everything, and so on. [Kenneth Arrow's classic and famous article on how and why health care systems do not form a "market" apparently has not come to their attention].
On the death panel subject, an authoritative word from Sherwin Nuland, Clinical Professor of Surgery at Yale and a member of Yale's Center for Bioethics: "H.R. 3200 would, for the first time, legislate that the physician receive a fee for these [end-of-life] discussions, making it more likely that they will take place and that they will be of real substance. From these provisions of the bill, the ignorant, the nefarious, and the just plain stupid have extrapolated that the purpose of the periodic consultations is really to determine life or death. . . The entire issue -- or non-issue, which it surely is -- contains the ingredients of travesty unworthy not only of the attention of the bioethics community, but of the general public as well." Yo Sarah Palin, on what planet do you spend most of your time anyway?
My family had this very end-of-life discussion through last summer, and almost exactly a year ago with some incredibly kind and articulate Hospice folks, concerning my father, then dying of cancer. These were some of the most amazing and moving hours of my life. My father was a family practice physician and a wonderfully intelligent, compassionate, and kind Southern Baptist. He also held thoughtful and well-informed conservative political views. I'm sure he would have opposed the present proposals. But, unlike the current shrill propagandists, he made his points with humor and humility derived from 50+ years of practicing medicine. His manner of looking at things often compelled me to change my mind, and I miss his insight into the present debate. I'm also very glad that, at the end of his life, the "government takeover" of health care known as Medicare covered an awful lot of his high-quality care, all done much more efficiently (in terms of transaction costs) than the private insurance system does it. And I know he felt frustrated that his calling of being a family practice doctor increasingly had been relegated to the role of the "gatekeeper," and that medicine increasingly had become a war of attrition between doctors who sought payment for services rendered, and private insurance companies who fought to keep from paying them.
God works in mysterious ways, and for all I know, God isn't necessarily too worried about the bogeyman of "socialized medicine."I'd wager God is much more concerned with our infant mortality rate, our overrun public hospitals, and our 9 million children (and rising) who have no health insurance. Billie Holiday best described our current system of health care rationing: God bless the child that's got his own.
Them thats got shall get
Them thats not shall lose
So the Bible said and it still is news
Mama may have, papa may have
But God bless the child thats got his own
Thats got his own
Email Post
Labels: religion and medicine religion and social policy

I know the Archdiocese of Cincinnati pushed this out today to folks watching their various info feeds with an intro signed off by the outgoing Archbishop.
August 26, 2009 at 11:08 PM

Marian Ronan said…
Perhaps the issue is not so much whether the Catholic bishops (and other religious leaders) have made public statements about health care reform as whether their clergy preach about their leaders' statements. Too many sermons fail to address significant public issues, perhaps out of fear of alienating members of the congregation. I personally find the letter the USCCB (linked to the URL in David's post)sent to Congress on healthcare inspiring (excluding their listing abortion neutrality first as a necessary characteristic of such reform. The question is, how many American Catholics are aware of the bishops' position? If it isn't getting preached, it isn't having much impact.
August 27, 2009 at 6:59 AM