The Religiosity of Domestic Terror 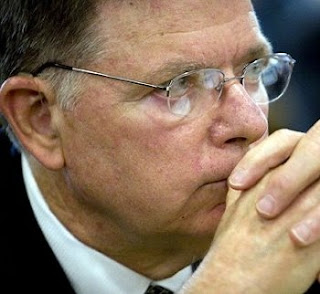 In an op-ed piece from the New York Times in mid-June, Paul Krugman commented on the spate of domestic terror: the murder of George Tiller, a doctor who performed abortions, and the the murder of a security guard at the National Holocaust Museum. Krugman noted that the Department of Homeland Security issued a warning about the dramatic increase of ring-wing extremism, which the upsurge of these movements in the 1990s, the era of the Oklahoma City bombing. Krugman continues that there is an important difference between the 1990s and today, the role of the media in disseminating hate. Krugman writes:
Now, for the most part, the likes of Fox News and the R.N.C. haven’t directly incited violence, despite Bill O’Reilly’s declarations that “some” called Dr. Tiller “Tiller the Baby Killer,” that he had “blood on his hands,” and that he was a “guy operating a death mill.” But they have gone out of their way to provide a platform for conspiracy theories and apocalyptic rhetoric, just as they did the last time a Democrat held the White House.

Whether the media is to blame or not, there is something about the outright intolerance of this rhetoric that needs to be examined. What I am more interested in is the lack of commentary on religion in these movements. Yes, the shooter at the Holocaust Museum was a white supremacist, but he was also involved in highly conspiratorial and religious worldview. And some have even compared his actions to that of a suicide bomber. Tiller was murdered while serving as church usher, but his murder was justified as a murder of a murderer, a just killing to save the lives of innocents, by radical anti-abortion activists. Religion lurks in this realm of domestic terror, but observers are often hesitant to note the place of particular forms of Christianity in motivating gruesome actions. In his article, "Onward Christian Terrorists," Mark Juergensmeyer notes that these two events represent the upswing in Christian terrorism that mimics the hotbed of such thinking and doing in the 1990s. He writes:
If, as it seems, Scott Roeder was indeed the culprit behind the ghastly killing of Dr. George Tiller last week in a Wichita church, the attack raises the possibility of the beginning of a new wave of Christian terrorism in the Obama era. Ruby Ridge and other incidents in the 1990s culminated with the Oklahoma City Federal Building bombing, an event so horrendous that it seems to have sobered the radicalism of many Christian militia members. Then came the eight-year reign of President George W. Bush who voiced his support for anti-abortion activists and gave the impression that they had a friend in the White House. The violence abated.

All this may now be changing. A new president is vilified in the right-wing press not only as pro-abortion but as a demonic figure. The image is one of desperation: that the moral authority of the country has been taken captive by an evil enemy. This has the effect of giving moral license to an image of cosmic war, goading the violent urges of some of the most extreme of the Christian activists, whose world view is a melange of millenarianism and anti-abortion adventurism.

This sort of violence might become more commonplace with the current political regime change. For these extreme religious activists, the moral order is decaying, which requires action to right the world again. For someone like me who analyzes the worlds of white supremacists, these events are neither shocking nor surprising. The violent rhetoric of these groups can easily lead to equally violent actions.

What is surprising to me is how shocked the general public can be that these groups have religious, especially Christian, foundations. In the spring term, my presentation of white supremacy and Christianity to my Religious Intolerance class was met with confusion and occasional disdain. Movements like Christian Identity and the Army of God unnerved them. Christianity, for many of them, was a movement of social justice, love or familiarity. Other religious movements might produce terrorists but not the religion of their families, homes and communities. Moreover, domestic terror seemed too far-gone and forgotten. Few remembered the tragedy of Ruby Ridge or the Oklahoma City bombing. When they did remember, these events became one time events created by deranged, unaffiliated people. The ties to Christian patriot movements or larger extreme Christian worldviews were forgotten or never known in the first place. Some could not fathom the relationships to Christianity. And in all honesty, this is one of the few lectures where my guilt lingers. My students, by large, did not realize that these groups existed in our proverbial backyards. A few students left my lecture with fear about what these groups might do and what our government was doing to track homegrown, white 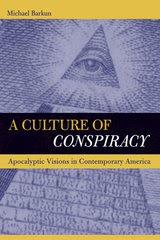 terrorists. Then, the death of Tiller and the shooting at the Holocaust Museum affirmed their fears and my own.

Hopefully, my students have more nuanced views of concepts like religion, terror and intolerance, and they can realize that just because a religion is familiar doesn’t mean that it can’t also be strange from time to time. Overall, I hope more scholars take up the banner of Michael Barkun, whose excellent work on Christian Identity and conspiracy and religion has directed us to the importance of conspiratorial religious worldviews. His insistence that no matter how strange or fantastic that these worldviews still need study is increasingly important with these groups on the rise. Religion is a part of white supremacy and domestic terror; perhaps, we just have to be more willing to look for it.
Email Post
Labels: baker's posts millennialism religion and civic life religion and hate religious tolerance and intolerance

Paul Harvey said…
Just to let everyone know, I have deleted a number of venomous comments formerly here which advocated violence, in precisely the terms analyzed by this blog post. I don't want such vileness fouling this blog, but suffice to say the comments were a perfect representation of the subject that Kelly has written about here.
July 2, 2009 at 11:03 PM