Every Saturday I drive my daughter to swimming lessons in a town on the outskirts of Boston. And every Saturday I pass what was once St. Theresa Catholic Church and what is now Bell Tower Place Condominiums. St. Theresa’s was one of 65 Boston-area churches shuttered by Archbishop Sean P. O’Malley in 2004. The decision to close so many churches came in the aftermath of an $85 million legal settlement with 552 victims of sexual a 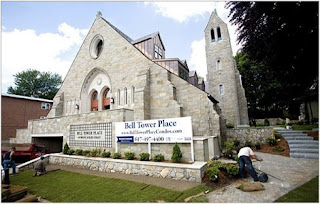 buse in 2002. Crucial to the plaintiffs’ case was Cardinal Bernard F. Law’s admission that he covered up allegations of sexual abuse by reassigning accused priests to other parishes around the archdiocese. Law knew about John J. Geoghan’s attacks on young people as early as 1984, just a year before a small-town investigative journalist uncovered what he called “the veil of secrecy that surrounds the case of Gilbert Gauthe,” a priest who later admitted to similar actions in the Diocese of Lafayette, Louisiana. News of Gauthe’s guilt reached the pages of the New York Times and Time. It also received coverage in a 1985 issue of the National Catholic Reporter, which included the editorial comment that “the tragedy and scandal is not only with the actions of the individual priests—these are serious enough—but with church structures in which bishops, chanceries and seminaries fail to respond to complaints, or even engage in coverup.”

Since the mid-1980s theologians, historians, lawyers, journalists, teachers, parents—just about everyone—have thought about the behavior of priests and the institution of the priesthood. Scott Appleby, a historian of American Catholicism at the University of Notre Dame, told American bishops in 2002 that they were accomplices in “a betrayal of fidelity enabled by the arrogance that comes with unchecked power.” Eugene Kennedy, a professor of psychology at Loyola University in Chicago, accused American bishops of suffering from “Pontius Pilate Syndrome, that unwillingness to learn, that fatal paralysis of judgment, that preferential option for passivity.” Indeed, “the real subject,” according to Kennedy, “is not the sex abuse scandal but the bishops themselves.” Historian Jay P. Dolan made a similar assertion in a postscript to the second edition of his book In Search of an American Catholicism, writing that “a celibate, male, clerical culture impervious to outside scrutiny has created the worst scandal in the history of American Catholicism.” 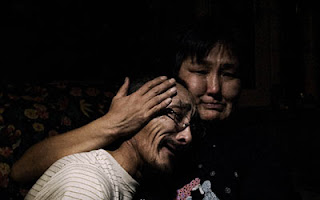 The statements of Appleby, Kennedy, and Dolan have not gone without criticism. I distinctly remember watching and listening to EWTN commentators reduce Appleby’s 2002 remarks at the Dallas conference of bishops to some kind of feminist rant laced with a liberal homosexual agenda. Read for yourself. That being said, the debate over the present crisis in the Catholic Church does seem to have escaped the scrutiny of most historians with the analytical tools necessary to unveil the many faces of the priesthood. To put it another way, historians have the ability to take what they’ve learned by studying “the people” and retrain their eyes on the priests. Case in point: Francois Raymond, diocesan priest of Opelousas, Louisiana, accused of raping a girl in 1862. Archival sources reveal a scared assortment of priests in the Archdiocese of New Orleans scurrying to cover up reports of Raymond and a pregnant girl, his regular meetings “in the woods with other women of bad reputation,” and his affair with an enslaved woman of African descent. Such "great scandals," according to a priest close to Raymond, produced a negative effect on the reputation of priests and threats of physical violence. The threats were so great, in fact, that one priest suggested that “for his health, to renew his morale, [and] to let dissipate all the commotion in its entirety,” Raymond should “take a retreat, that he go on a little trip,” and then return to another area of Louisiana when things had settled down. 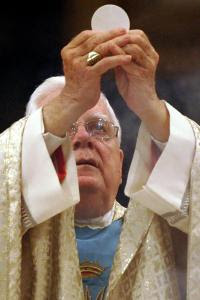 But if history isn’t your thing, then look more closely at today’s changing Catholic landscape and tone of Catholic voices in urban, suburban, and rural America. Learn about how Catholic laypeople have held vigils in 5 “suppressed” (that’s canon law speak for “closed”) churches in the Archdiocese of Boston since their official closures in 2004. Think about the impact of widespread church closures throughout the United States just as the overall Catholic population rises, largely as a consequence of the growing number of Hispanic parishioners. And take seriously the words of laypeople who react to bishops acting like bishops. In response to the resignation of Cardinal Law, one woman had this to say: “This should teach a lesson to the people in charge, to someone like him. I think the church was really protecting themselves and they didn’t really care about the children. A lot of children got hurt because of that.” And in response to a visit by Archbishop O’Malley to a suppressed church in Boston, another woman had this to say: “That was utter hypocrisy to have him here to speak about the importance of having a community of worship in the very building he’s shutting down.”

Perhaps Luxury Condominium Catholicism isn’t the right way to describe the current state of American Catholicism after all. Maybe it’s a euphemism for Angry Catholicism. Either way, or in completely different ways, the deep historical and cultural roots of the Catholic priesthood are losing their mysterious qualities. Mystery is bound to fade as long as people like Father Donald McGuire of the Archdiocese of Chicago go to prison for the abuse of minors. McGuire, supposedly a respected confidante of Mother Teresa, admitted during sentencing earlier this week that “Tears are frequent for me these days.” A father of two boys had this to say: “Give me 30 minutes in a locked room with him and a baseball bat—with no repercussions in this or the next life—and I’m ready to call it a day.”
Email Post
Labels: catholicism mike's posts religion and the family religion and violence religion in the news