Honor and Evangelicalism, Now and Then

Welcome to our guest blogger, Robert Elder. Robert is a Ph.D. candidate in the history department at Emory University. His dissertation, titled “Sacred Honor and the Southern Saints: Honor, Evangelicalism, and the Self in South Carolina and Georgia, 1800-1860,” reevaluates how the South’s honor culture influenced the rise of evangelicalism and places this reevaluation in the context of changing conceptions of selfhood in the nineteenth-century world. Below he offers some insights on how history comes alive in the present.

“Honor and Evangelicalism, Now and Then”
By Robert Elder

It’s unusual for me, working as I do in the field of nineteenth-century history, to see a headline that evokes the feeling I get in the archives when my eye lights on a key word or phrase, but

yesterday it happened. On December 15, 2008, a local news channel in Jacksonville Florida ran the odd story of divorcee Rebecca Hancock and the trouble she was having with her church. Titled “Woman Says Church Threatening To Make Sins Public,” the story relates that Grace Community Church recently sent Hancock a letter informing her that on January 4 of next year they will announce her sexual relationship with her boyfriend to the congregation, despite the fact that she is no longer a member there (she left because of “harassment” over the issue). “I’m basically run out,” Hancock says, “I’m the church harlot.”

There are a couple odd things going on here. First, a church is taking it upon itself to make one of its recent member’s sins public, and second, Hancock decided to one-up them and go to the local news channel, disarming her church but assuring that millions of people will read about her situation after Matt Drudge picked up the story yesterday. I was surprised to see this story in the twenty-first century, but I’ve seen it before countless times in the nineteenth, doing research on evangelical churches in the American South.

Honor and shame are underused terms these days, but I’m convinced they are useful in trying to understand this story, as well as in trying to understand how evangelical churches operated as communities in the past (and, perhaps, the present), and how a combination of time, place, and a particular view and use of the Bible occasionally gives new life to these aged values in southern communities.

A whole body of biblical scholarship has revealed the influence on the biblical text of a culture in which honor and shame were touchstone values. Matthew 18:15-17 instructs believers to confront a wrongdoer privately first, and then to make it an increasingly public affair until finally, “If he refuses to listen to them, tell it to the church.” This, of course, is exactly the passage that Hancock’s church cites to justify its actions. It is a passage written in a culture that valued personal honor and feared shame. The crucial point, what made the difference between repentance and apostasy, had to do with which community an individual viewed as legitimate. In fact, David deSilva has argued that one of the main tasks of the book of Hebrews is to get believers to reject the judgment of one community, which would try to use shame to bring converts back into line with societal norms, and to look instead to the church as the true community and alternate court of opinion.

Fast-forward two thousand years. Historians of the American South, especially Bertram Wyatt-Brown, have long argued that honor and shame remained powerful well into the nineteenth century, long after their influence faded in the North and elsewhere in the world (except, interestingly, in Islamic cultures). Thus, as evangelical religion, with its emphasis on the scripture, spread across the South in the late eighteenth and early nineteenth centuries, Southerners may have been more suited to some aspects of evangelical Biblicism than we thought. Especially, it could be argued, they may have been suited to methods of community maintenance such as the one outlined in Matthew, formulated to take advantage of a cultural sensitivity to shame. 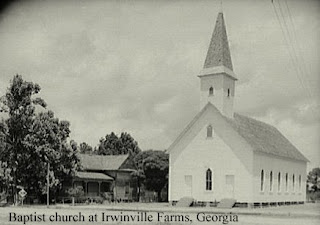 announced “in the public manner,” before the congregation, and it could be argued that the dynamics of discipline in southern evangelical churches were as rigorous and potentially explosive as they were because of a cultural sensitivity to honor and shame. Indeed, Hancock’s church is following a lengthy historical and biblical precedent in its effort to reclaim a wayward member by threatening to announce her sin before her family and friends. The church’s view of the Bible led them to apply a method of community maintenance fashioned two millennia ago in an entirely different culture. But, judging from comments of Grace Community Church leaders, it still has some vitality.

And that might be the end of it… Except that Rebecca Hancock one-upped her church. By turning to the local television station, Hancock made it clear that she rejected her church’s legitimacy and appealed instead to a wider community that she rightly judged would see her church’s actions as strange, even cruel. She, in effect, attempted to shame them. In doing so, Hancock also revealed the continuing interplay of the same forces that formed the biblical text, influenced evangelicalism in the American South two centuries ago, and will, perhaps, lead to a very uncomfortable morning at Grace Community Church on January 4.
Email Post
Labels: evangelicalism randall's posts robert elder southern religion

Matt Sutton said…
Great post. Of course this is not just a southern phenomenon. In the church of my youth (in Southern California) a single woman in her early 20's had to get up in front of the congregation and confess her immorality (she was pregnant). And evangelicals wonder why abortion rates among the faithful are roughly the same as the population in general?

Naturally adulterous men and arrogant pastors never got called before the congregation for public humiliation, nor did the man who contributed the sperm.

That's the problem with public discipline. It's usually the most vulnerable that get targeted. And that's shameful in itself!

This sort of discipline should be used only in the most extreme cases, such as publically announcing the presence of a serious sex offender. Of course, our state governments already make such people known.

Sometimes the offender himself voluntarily wants to makes a public statement for the purposes of repentance and restoration. This is another example of when it could be beneficial.
December 20, 2008 at 3:27 PM