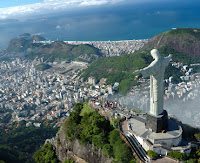 I recently received word about a new journal that may be of interest to readers here at Religion and American History: The Journal of World Christianity. This journal is on-line and it is free (at least for now).

Here's the brief table of contents:
Introducing the Journal of World Christianity
The Editors

The Avenger and the Redeemer: Christianity & the Cultural Matrix
Lamin Sanneh 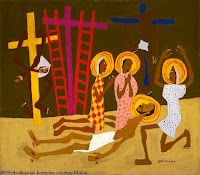 The journal is of course not only looking for readers, but authors and book reviewers as well. Here's part of the journal's "focus and scope" (Read the full statement here.): 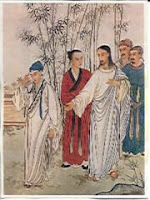 Emanating from the Jerusalem of the first century BCE, carried through diasporic movements of persons and communities, Christianity has for two thousand years been expressed through diverse ecclesiastical traditions. It has been shaped by diverse linguistic and cultural practices, and has been informed by a multitude of world historical and cultural experiences. It is not a ";Western religion,"; and in that sense no more natural to Italy than to China. The academic field of World Christianity hence seeks to apply the resources of various academic disciplines in which scholars now operate to further understand both the diversity of local expressions of Christian life and faith situated in the world, and the variety of ways that these interact with broader histories, movements, and discourses. It is both critical and constructive.

The presence of this journal suggests some interesting questions about reframing the history of Christianity within the field of American religion. Here I have in mind the kind of reframing Thomas Bender writes about in Nation Among Nations: America's Place in World History (2006). He essentially calls for an internationalizing of national histories, placing events in a global context. Here are a couple of quotes from Bender's book: "If historians want to educate students and the public as true citizens, they must think more profoundly about the way they frame national histories…in ways that reveal commonalities and interconnections..." and "If we begin to think about American history as a local instance of a general history, as one history among others, not only will historical knowledge be improved, but the cultural foundations of a needed cosmopolitanism will be enhanced.” 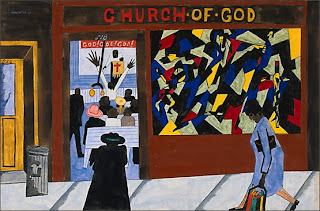 I'm not sure about the extent to which scholarly histories of Christianity in America today possess the kind of triumphialist, nationalist impulses Bender identifies and critiques, but it is interesting to think about telling the stories of this history in a global context. Among others, Charles Cohen suggests something along these lines in a September 2003 Church History article: "The Colonization of British North America as an Episode in the History of Christianity," and as Art brought to our attention in May, Charles Reagan Wilson frames his thoughts on Southern missions in a global context. And last fall Kelly blogged about the September 2007 issue of American Quarterly and its theme on religion and politics; some of the articles deal with American religion in a global perspective.
And for what it's worth, the American Historical Association's annual meeting theme for 2009 is globalizing historiographies (and I know that there were several religion panels proposed), and the theme for the 2009 World History Association annual meeting is merchants and missionaries in world history (like the AHA, I know of at least one panel proposal that considers topics in American religious history as world history).

Art Remillard said…
Great post! Many thanks for the link to this online journal.
September 11, 2008 at 6:53 AM

I give you major props for employing a painting by Jacob Lawrence. His religious art visually records his theology and vision of the world.
September 16, 2008 at 9:36 AM

Phil said…
Thanks, Kelly! It is actually a William Johnson painting, although Lawrence is my favorite Harlem Renaissance artist. Any books or articles on either artist that investigates their religious themes, ideas, etc?