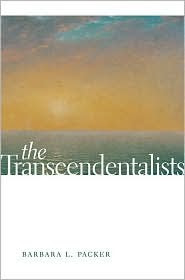 A graceful storyteller, Packer introduces her audience to major and minor figures through elegant, winsome readings of primary sources and analyses of ideas and actions. Her account is particularly well suited for pedagogical application in its breadth and in the simultaneously fine detail of its purview: it begins with a search through Congregational and Unitarian history for Transcendentalism's point of origin, traces the new movement's major players through their battles with the religious establishment and efforts toward social reform, and closes with their "diaspora" and the diffusion of their ideas into the larger antislavery movement. Providing a comprehensive sense of Transcendentalism's scale and significance, this volume would complement well for classroom use a collection of primary source materials and/or other recent compilations of scholarly essays, such as Charles Capper and Conrad Edick Wright's Transient and Permanent: The Transcendentalist Movement and Its Context (1999). Capper and Wright's collection beckons toward new readings of the movement; Packer's engages current questions while establishing the significance of its classic treatment.

Packer treats the movement's early years with the energy that suffused the period, writing animatedly of the conflicts between the Transcendentalists and their many opponents. She explains cogently the dominance of Lockean philosophy in New England's institutions of higher education; against this backdrop, the intellectual revolution instantiated through the young Transcendentalists' "appetite for Romantic literature" (p. 21) and critique of Locke is thrown into relief. She also describes Transcendentalism's transatlantic origins and its points of connection with British and Continental thinkers. In this discussion especially, her manner of explication is worth noting, particularly for scholars interested in using the book in the classroom: beyond simply arguing for the significance of the intellectual exchange, she accounts for how personalities and chance occurrences at meetings affected that exchange. (Click here for the rest of the review.)

Valkeakari does not want to argue whether African American writers, in thinking about religion, have stayed within denominational boundaries; neither does she want to do "myth criticism" (p. 12). Her task is to examine cultural mixings and the development of hybrid forms to understand a unique and varied African American production.

I was particularly impressed with the work on female ministry. Valkeakari looks at the role of the African American woman as minister in Beloved, The Healing (1999), and Octavia Butler's Parable series. African American women historically have been spiritual leaders in their communities and there is a long tradition of African American women in the evangelical tradition, and Valkeakari shows us the important emphases that Morrison, Jones, and Butler bring forth in their works--the body, the "talking cure," and community. All these function to break the kind of exclusion and exclusiveness that Valkeakari looks at in her final chapter on Morrison's Paradise (1999). Cutting across boundaries opens possibilities of renewal and regeneration. Equally impressive is the discussion of African American Christ figures, like the Invisible Man, Pecola Breedlove, and others. The figure of sacrifice and what that figure contains, represents, and ushers in for person and community is an important strain of thought throughout the work.

Valkeakari's themes come into focus in her final chapter, an examination of the significance of Toni Morrison's Paradise. The tension between paradise and home is a subtheme throughout Valkeakari's work and an element of the religious thematics of the African American novel. The issues of renewal, the scapegoat/Christ figure, and the hybrid forms that African Americans "made" in relation to the Judeo-Christian message they received all focus on the questions of "What kind of future may we hope for?" and "Where is home--now and in the future?" and "How do we preserve our freedom?" Avoiding the exclusionary forces of racism, sexism, ageism, etc. is the promise in African American signifyin(g) on the sacred. (The full review is available here).