Of Mormons and Methodists

I’m hunkered down in the house today with Beatrice, my border collie. As the snow falls and the winds howl outside, I’ve had some time to check up on email and look at a few items on-line. A couple of things I came across may be of special interest to Religion in American 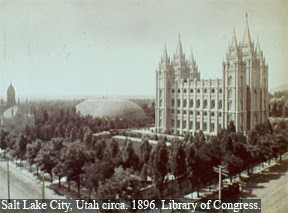 A provocative article, “Making Mormon History,” by Mark Oppenheimer appeared in the Ideas section of the Sunday, December 9, issue of the Boston Globe.

Given the media coverage and chattering class buzz, Oppenheimer writes, it would appear that the LDS has entered a period of openness or transparency concerning its history and identity. Yet…

the relationship of the Latter-day Saints hierarchy with scholars and journalists has frequently been antagonistic: The church has excommunicated historians whose writings were deemed to portray Mormon history in a negative light, and to this day church archivists closely guard many documents, keeping some entirely secret, to scholars and everyone else. One church leader gave a famous speech in which he cautioned against unvarnished truth if it imperiled people’s faith.

Sounds like the hook for a research paper or an article. What can or can’t a person say about his/her tradition’s history? That would be an interesting question to pose to Pentecostal, Holiness, Baptist, or Church of Christ denominational historians who work “in-house.” Other observations in Oppenheimer’s piece concerning the “excessive” record-keeping of Mormons and the opportunities and challenges of Mormon history are equally interesting.

For professional historians and religious history enthusiasts (I’m sure there are at least three nonacademics in the latter category scattered across the US), there is a wonderful new research tool on another religious movement that exploded out of the 19th century. The revamped website of the Center for Studies in the Wesleyan Tradition at Duke Divinity School will be welcomed by both bow tie-wearing Methodist archivists and religious studies grad students sporting trendy glasses. 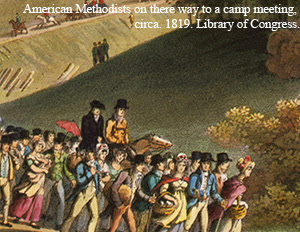 Professor of Theology and Wesleyan Studies Randy Maddox describes some of the additions:

[The site provides] online access to a complete and reliable collection of the verse of both John and Charles Wesley. Production of the collection is still in process, but it already contains—in time for the 300th anniversary of his birth—a complete set of the verse of Charles Wesley that was published during his lifetime. A complete set of the verse that remained in manuscript at Charles’s death is planned to be added by 2009. There is also a parallel collection of all of the volumes of hymns and religious poetry that John Wesley edited and published during his lifetime, which is currently over half complete.

As our first offering of scholarly access to important early Methodist sources, we are posting a transcript of a manuscript diary by Wesley’s book steward (Thomas Butts) in Bristol from October 1752–54, which offers some intriguing insights into Methodist debates of the time.

You will also find bibliographies of recent dissertations in Wesley Studies, a description of our Summer Wesley Seminar, which is designed to allow folk like you to spend a month in Durham working with our resources. If this sounds inviting, considering applying.

We at the Center hope that you find this website helpful and welcome your suggestions for future development.
Email Post
Labels: Methodists Mormons religion and scholarship religion in the press

Anonymous said…
Sounds like the hook for a research paper or an article. What can or can’t a person say about his/her tradition’s history?

This has been the topic of many journal articles within Mormon academic circles for years. The relationship between the Mormon Church and its historians has grown much friendlier in the last few years since the excommunications of the early 90s.

And thanks for the heads up on the revamped website on Wesleyan Studies at Duke. This is welcome and exciting news to those of us researching Methodism.
December 13, 2007 at 4:20 PM