Women & Gender at the Conference on Faith and History 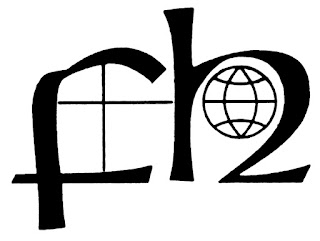 I'm getting excited for the biennial Conference on Faith and History held this year at Calvin College in Grand Rapids, MI October 4-6. My anticipation is not only linked to the hope that this Texan will get to experience some Fall. It is also linked to the large number of promising papers on the program.

This year marks the conference's 50th anniversary and I look forward to hearing reflections on where the field has been and where it is going. Even more so, I look forward to seeing first hand where it is going. One of the things that is so promising about the papers is how much the conference has diversified since I first began attending exactly ten years ago. Every single time slot of panel presentations contains at least one paper on women's or gender history and a couple contain entire competing panels. Notably, the presidential plenary by my Baylor colleague Beth Allison Barr will incorporate women's history.

Equally encouraging is the range of these papers. Recurring topics include the intellectual history of thought both by and about women, the religious lives of women of color, and the religious lives of women from multiple traditions including Muslim, Jewish, Catholic, Mormon, and Protestant. (I should add that one notable omission is that there are no papers whose main topic is religion and sexuality.)

I have bolded the papers and panels on women's and gender history below. Enjoy!

Note: The careful reader will notice that I have not listed my own panels. I will be presenting on a roundtable Friday at 4:15pm on "Christian Scholarship for Such a Time as This: A Reassessment." Women's and gender history will play a significant role in the discussion but is not the main focus. I am also indulging another of my interests by serving as commentator for a fascinating panel Saturday at 2:30pm on "Religious Education as Cultural Transmission in Twentieth-Century America."

Session 56: ‘For whatsoever things were written aforetime were written for our learning”: Christian Uses of the Past to Shape the Present and Future
Prince Conference Center, Willow East