Skip to main content
Labels
Posted by Cushwa Center for the Study of American Catholicism June 21, 2018

The Cushwa Center is pleased to announce that one of its postdoctoral research associates, Benjamin Wetzel, recently accepted a position as assistant professor of history at Taylor University (IN).  As Ben transitions into his new role, the center is pleased to welcome Maggie Elmore as a new postdoctoral research associate.  Maggie works on Latino/a Catholicism in the 20th century and comes to us from the University of California, Berkeley--you can read more about her here!

Cushwa Assistant Director Shane Ulbrich recently interviewed Ben about his research projects, his perspective on what the genre of biography can do for historians, and his thoughts on the state of the academic job market.  An excerpt of that interview is below, with the full transcript available on the Cushwa Center webpage. 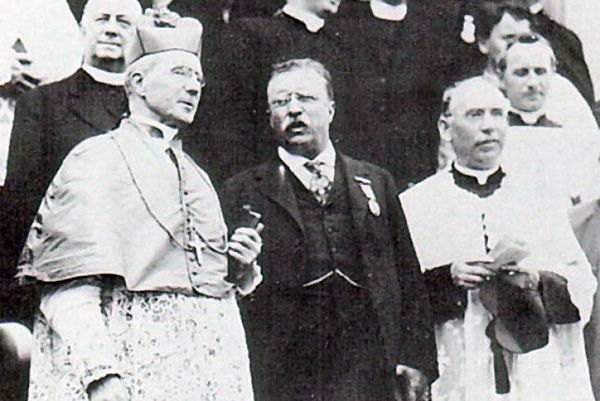 SU: We've kept you busy at the Cushwa Center this year writing book reviews and event recaps, managing the center's monthly blog posts, and helping out with events and administration.  At the same time you've managed to teach a course and make progress on two book projects.  Tell us about the research you've been pursuing this year.

BW: I am currently working on two book-length projects.  The first is a revision of my dissertation, done at Notre Dame in the history department.  That project explores how America's Christian communities debated the righteousness of America's wars from 1860 to 1920.  Its main focus is on mainline white Protestants, who exercised the most cultural authority in that period, but it also provides sustained points of comparison with Christian groups on the margins of American life--black Methodists, Roman Catholics, and German-speaking Lutherans.  My thesis is that a combination of ideological orientation (theology and its related manifestations) and social position (class, race, geography) did the most to influence how American Christians thought about the wars their nation waged.  The manuscript is currently at the revise-and-resubmit stage with Cornell University Press.  During my year with the Cushwa Center, I received initial readers' reports from the press and formulated a response letter outlining the changes I would make during revisions.

My second project is a religious biography of Theodore Roosevelt (under advance contract with Oxford University Press, to be included in its "Spiritual Lives" series). The goal of the series to produce short (80,000 words) biographies of "prominent men and women whose eminence is not primarily based on a specifically religious contribution," but for whom religion (or doubt) was important.  The biographies are supposed to cover all the major events of the person's life with special attention to the religious story.  My life of TR will pay a lot of attention to his personal faith journey but will also situate him within the broader narrative of American religious history in the Gilded Age and Progressive Era.  During my year at Cushwa, I was able to research and write drafts of three chapters and take a short archival trip to work in the Theodore Roosevelt Collection at Harvard University.

SU: You taught a course for upper-level undergraduates this past semester on "Theodore Roosevelt's America."  How did it go?

BW: I was very pleased overall.  The idea was that the course would be about two-thirds on the life of TR himself and one-third on the Gilded Age and Progressive Era as a whole.  Of course there was a lot of intersection between the two: themes like empire, race, political developments, and even social and cultural issues all had significant overlap with TR himself.  The most successful feature of the course was probably an assignment where each student had to write a short review of a recent (last 20 years) book on TR, give a brief presentation to the class, and take five minutes of questions from classmates.  During these sessions I could tell there was real thinking and learning going on and a serious engagement with what professional historians actually do.  I am especially glad I was able to teach this course here since I am scheduled to do a related course ("The Roosevelts") during J-Term at Taylor this winter.