Know Your Archives: The YMCA and Historiographic Potential

Special thanks to Ryan Bean, Reference and Outreach Archivist at the University of Minnesota's Kautz Family YMCA Archives, for providing insight for this post. He can be contacted here: beanx029@umn.edu. 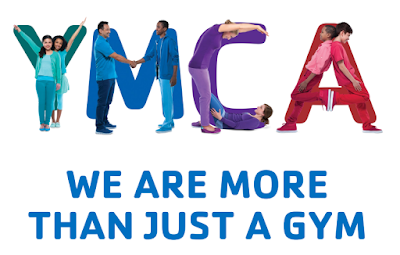 Though seasonally entombed by a savage Minneapolis chill, it's true, the University of Minnesota Libraries house a repository of sources with impactful significance for American religious historiography. The Kautz Family YMCA Archives are particularly promising. Well beyond issues in Christian fitness, the Y holdings (and the U of M Archives and Special Collections more broadly) are fecund with research potential. And so, along with the fried cheese curds and cold lager, here's why it might be worth your trip.

But, taking this moment to indulge a predicable pop culture allusion, it's so much fun to study at the YMCA. They have everything. Like an East India Company, though less interested in spices and textiles than bodies and "character," the YMCA is a thoroughly established global, economic, political, and colonial enterprise; and it has been for a long time. Best of all, the Y has kept good record of itself, and the records speak to a variety of fresh historiographic topics. Here are a few academic areas where we see possibility for fruitful inquiry and expansion. 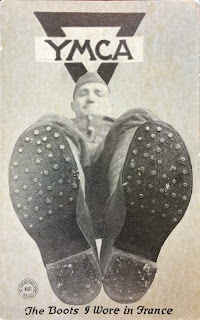 1) Religion and war. As Jonathan Ebel remarked in 2010, "studies of America's wars tend to ignore religion" and "studies of American religion tend to ignore war." To fill this historiographic lull, we can look to the Y. For where there was war, so too was there the YMCA. The YMCA aided the US Armed Forces in a variety of times and places--the Civil War, the Spanish-American War, WWI & II, at international ports and bases, and in the Panama Canal Zone. Conversely, where there was peace, so too was there the YMCA. The YMCA also assisted America's standing armies in their times of leisure. Sum, the YMCA and the Armed Forces have a seasoned rapport.

2) Religion and empire. As most of you know, the Y is a substantive global venture. Africa to Yugoslavia, in alphabetical order. But the details and extent of the YMCA's global impact remain somewhat unexplored. Pick a country. Any country, really. The Y's Men International, for example, is going very strong in Asia. And for them with academic interests in the Global South, I suspect that the Y is a significant player. "More than just a gym." Tantamount to the UN, the Peace Corps, and Rotary International. Brokering Americanisms. Spreading Christianisms. Institutionally modifying the world in a variety of certain ways. Even Antarctica.

3) Secularism. Throughout the 20th century, the "C" in YMCA has been a topic of conversation among Y leaders. The Y's Journal of Physical of Education and The Intercollegian are peppered with such talk. The Y's many programs in colleges and schools, particularly, were cause for greater consideration; it was a question of how much "religion" to vociferously proclaim; it was a question of how "religion" could be taught outside more traditional, verbal mediums. The YMCA could be both religious and non. From the interwar to the Cold War, for additional example, the Y's Christian Citizenship program was really great at rendering democratic ideals and Christian standards indistinguishable, equating religion and state. Collapsing religion with character, patriotism, and/or sports participation, the YMCA has navigated First Amendment issues and found more subtle, more broadly efficacious approaches to evangelism throughout its history.

I could go on here. But my general sense is that there's lots more of archival sleuthing to be done. The Kautz Family YMCA Archives will even give you some money for your travels. And if anyone needs any Minneapolis food or drink recommendations, I've gotten to know those along with the archives. Happy to suggest.