Skip to main content
Labels
Posted by Cushwa Center for the Study of American Catholicism February 21, 2018

Gabrielle Guillerm is a Ph.D. candidate in history at Northwestern University. Her dissertation will examine French Catholicism in the early American west. She was awarded a 2017 Cushwa Center Research Travel Grant to pursue work on this topic at the Notre Dame archives. What follows is the first of several questions I recently asked Guillerm about her work.  Read whole thing at the Cushwa Center website!


BW Can you briefly describe your project for us? 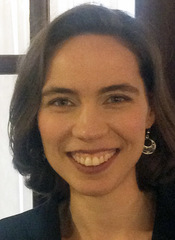 GG My dissertation, "The Forgotten French: Catholicism, Colonialism, and Americanness on the early trans-Appalachian Frontier," focuses on the Midwest and Kentucky and aims to recover the French Catholic story of the early United States. I posit that, compared to the colonial period, French Catholic cultural influences strengthened in the west over the early republican period even as the proportion of Francophone Catholics in this former French territory diminished. The development of these new French Catholic influences resulted from the French Revolution.  Refugee priests in the United States created new Catholic networks between France and the United States. These networks intensified in the early 19th century and were embodied by the circulations of hundreds of female and male missionaries and thousands of religious objects. French clergy built French religious orders and schools after French examples--the Congregation of Holy Cross and Notre Dame for instance--and spread popular French devotions, such as the devotion of the Sacred Heart. Non-French clergy themselves relied on the connections with France, which further contributed to spreading French Catholic influences.

This project seeks to understand how French Catholics and French Catholic influences fit into the new nation. Analyzing the encounter between Catholics and other trans-Appalachian populations, I argue that defining American identity was a contentious process, and central to this contestation were French Catholic missionaries and French Catholics. Indeed, French missionaries' status in the new nation was ambivalent: they were both threats to the country and agents of the nation's agenda in the West, insiders and outsiders.  On the one hand, they spread an alternative understanding of the new nation that challenged the assertion of the American identity as Anglo-Protestant; on the other hand, they took an active part in the building of the colonial settler nation promoted by the U.S. government.